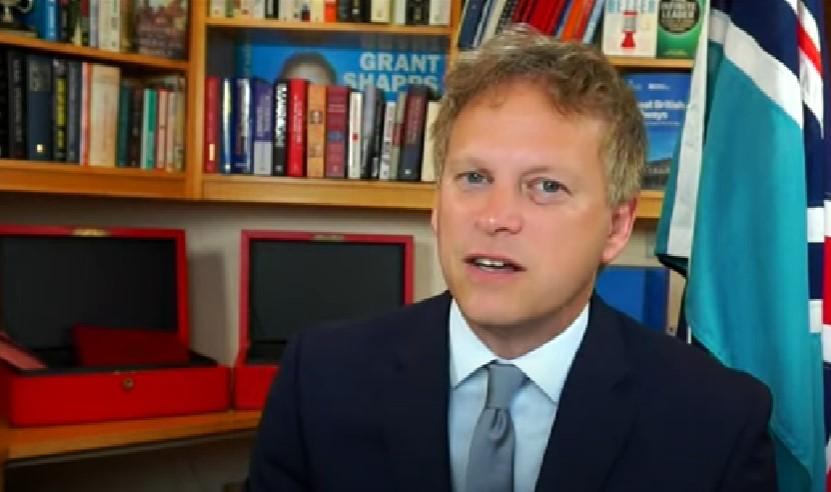 “This is not a plan which is somehow going after cyclists,” Transport Secretary maintains
by Simon_MacMichael

Transport Secretary Grant Shapps insists that the government has “no plans to introduce registration plates” for cyclists – just three days after he said that people on bikes should be made to carry number plates on their bikes, then immediately backtracked on his comments, which have been the subject of intense media focus this week.

Appearing on Nick Ferrari’s show on LBC this morning, Shapps was asked by the talk show host: “Which is it, Secretary of State?”

“No, no, no … no plans to introduce registration plates," the minister replied.

“The wider point that I was making, though, is that it's got to be right to ensure that everybody who uses our roads does so responsibly,” he continued.

“What I was actually talking about at the time was cyclists who perhaps bust through red lights, we see that an awful lot,” Shapps said.

"So this is not a plan which is – as I think has been suggested – somehow going after cyclists.”

North Korea is the only country in the world that requires cyclists to display number plates, and while Shapps insisted that the UK would not be following suit, he pointed out that “If you're going to stop people going through red lights how do you know who it was?”

Referring to section 35 of the Offences Against the Person Act 1861, which has nothing to do with people riding through traffic lights but which enables cyclists involved in a crash in which a pedestrian is killed or injured to be prosecuted for causing bodily harm by wanton or furious driving, Shapps told Ferrari: “The law itself is not sufficient at the moment so you end up with relying on horse and coach legislation to prosecute cyclists. That, of course, makes no sense.”

In fact, cyclists can be issued with a £30 fixed penalty notice for offences including riding on the footway, ignoring traffic signs and riding through red lights (often for their own safety, such as when a lorry draws up alongside them at a traffic light) – and just yesterday, in fact, police officers in east London targeted cyclists making an illegal turn onto Shoreditch High Street from Hackney Road (and not Bethnal Green Road as the tweet suggests).

It's that time of the year when 3 officers are waitng to fine cyclists that are trying to filter safely turning left from Bethnal Green road into the 4 lanes of speeding traffic amongst the urban motorway shit show that is Shoreditch High Street #priorities pic.twitter.com/kJKsM4VdFn

In an article published online by the Daily Mail on Tuesday evening which also appeared on the front page of the newspaper the following day, Shapps suggested that cyclists could be made to observe the same speed limits as motorists, and that registration plates could be one way of identifying riders who broke the law.

> Grant Shapps: Cyclists should have number plates, be insured and subject to speed limits

But there was immediate confusion over his comments, with a front page story in the Times the same day quoting Shapps as saying: “ “I’m not attracted to the bureaucracy of registration plates. That would go too far.”

The same day, a Department for Transport (DfT) spokesperson told road.cc: “It’s just proposals. No new policy has been introduced as of yet.

“The Times piece is the more accurate reflection of the Transport Secretary’s view. That’s his position on it.”

The DfT, as well as government ministers, have repeatedly said insisted that introducing a licensing or registration scheme for cyclists would be counter-productive and too costly to administer.