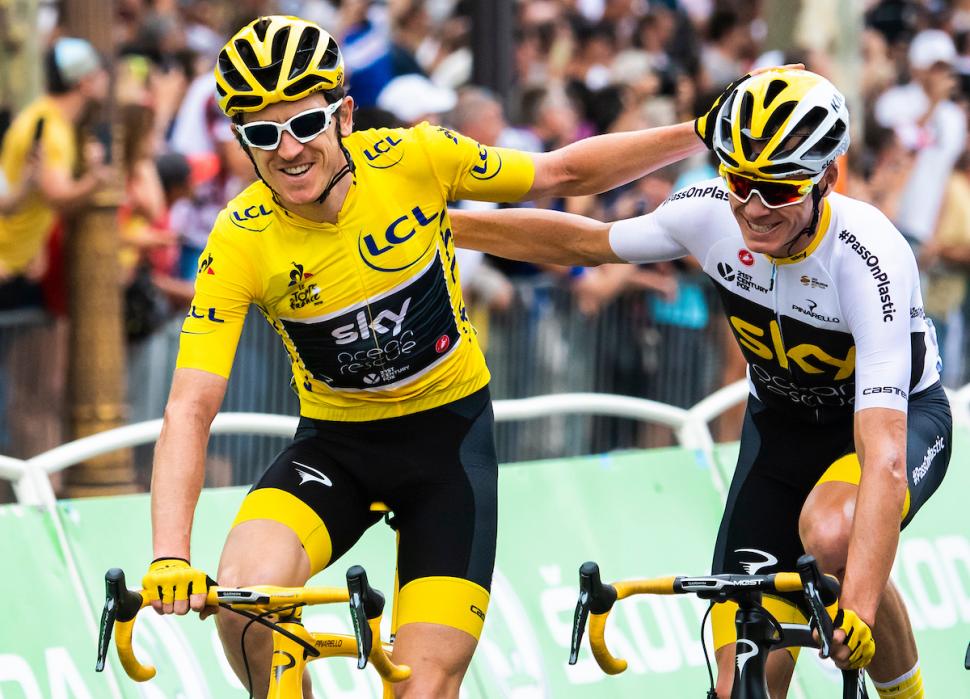 The Ineos Grenadiers have just announced their 8-rider lineup for the Tour de France. In a shock move, there is no space for former winner Geraint Thomas. Four-time winner Chris Froome misses out too, though his move to Israel Start-Up Nation and lack of form means his exclusion isn't such a surprise.

Explaining Froome and Thomas' lack of selection, team principal, Sir Dave Brailsford said that "we've looked at how we can win this race, maybe with a slightly different approach than in the past, but we've got a good game plan and these are the guys to deliver on that"

It appears that performances in the limited number of races have been the deciding factor, with both Thomas and Froome seemingly too far off the form that took each of them to victories in the three-week stage race.

Doubt over Froome's selection has been high since the four-time winner announced that he would be leaving Team Ineos at the end of the year for Israel Start-Up Nation. This move is rumoured to be worth €5m per year, though the reported 5-year contract is yet to be signed.

Froome describes his new goal of the Vuelta a Espana as being "a readjustment", but seems to be genuinely aware that he wasn't ready for the race. "Given where I've come from, through the last year, I've had an incredible recovery from the big crash that I had last year and I'm in a very fortunate position to be back racing now already, but I'm not confident that I can fulfil the necessary job that would be needed of me at this year's Tour de France. I think it's a lot more realistic targeting the Vuelta as it gives me a chance to get stuck into something that is deliverable."

Thomas, meanwhile, might be feeling a little hard done by given his unwavering loyalty to the team. The Welshman won the Tour in 2018 but has ridden in the service of others, most recently in 2019 when he helped Egan Bernal become the youngest winner of the race in 110 years. To be cut from the team just 13 months on must leave a sour taste.

Not that Thomas was bitter when he spoke to the team's social media team. "It feels like it's back to some sort of normality with the team and racing and everything. It's nice to finally have a firm plan in place and to know exactly what I'm doing and yea, try and get some sort of positive out of this year."

Thomas says that he has a little bit of unfinished business in Italy, having crashed out of the 2017 Giro, he seems eager to return. "It's always something that I've wanted to go back to. I enjoy the racing there. I've always loved Italy you know, the roads, the fans and the food, obviously."

Bernal will now become sole leader of the team with Giro winner Richard Carapaz acting as a super domestique. Young Russian Pavel Sivakov, Michal Kwiatkowski and Andrey Amador will do the majority of the work on the climbs while road captain Luke Rowe, Dylan Van Baarle and time trial specialist Jonathan Castroviejo will shoulder the work on the flats. This being Ineos, though, Van Baarle and Castroviejo will also be expected to form part of the mountain lead-out train.

An interesting sub-plot to watch will be the amount of work expected of Carapaz. Bernal recently pulled out of the Dauphine, a mountainous week-long stage race, with back problems and didn't look to be a match for the Team Jumbo Visma leader Primoz Roglic. Crarapaz might be called on as back up leader should Bernal's back, or form, continue to falter.