The frustrated owner of the bike took to social media for advice and says conversations about the state of it "go in one ear and out the other"...
by Jack Sexty

If you're a regular user of spin bikes at the gym, it's common knowledge that leaving the one you've just been on sweaty without giving it a good wipe down is pretty poor form; however for one Peloton owner the problem is closer to home and considerably more awkward, revealing that their sister-in-law who "uses our things" is regularly leaving the bike covered in sweat.

So far over 4,500 people have stepped in to offer advice and express their general disapproval of the sister-in-law's actions on Reddit, with the bike's owner saying that they've tried to talk to their inconsiderate relative about the problem, but any discussions fall on deaf ears.

There are some quite creative deterrents suggested in amongst the thousands of comments, including using the sister-in-law's clothes to wipe down the bike, removing the saddle and pedals and deleting her Peloton account.

One added: "Those things are not cheap! At this point I would pull her by the peloton, hand her a rag and spray, and make her wipe it down then and there. She'll be mad you are treating her like a child but she obviously isn't adult enough to behave like one."

While another said: "Show her that picture. Maybe she doesn’t realize how absolutely disgusting it really is after she gets done with it."

While the main issue here is that the offender is leaving someone else's personal spin bike in a sweaty mess, it's certainly not the worst case we've ever seen. Three years ago a bike shop mechanic also took to Reddit to warn turbo trainer users of the dangers of not using a towel and changing your bar tape regularly, after a customer managed to snap his bars due to the corrosion from sweat that had turned to mounds of solid salt... 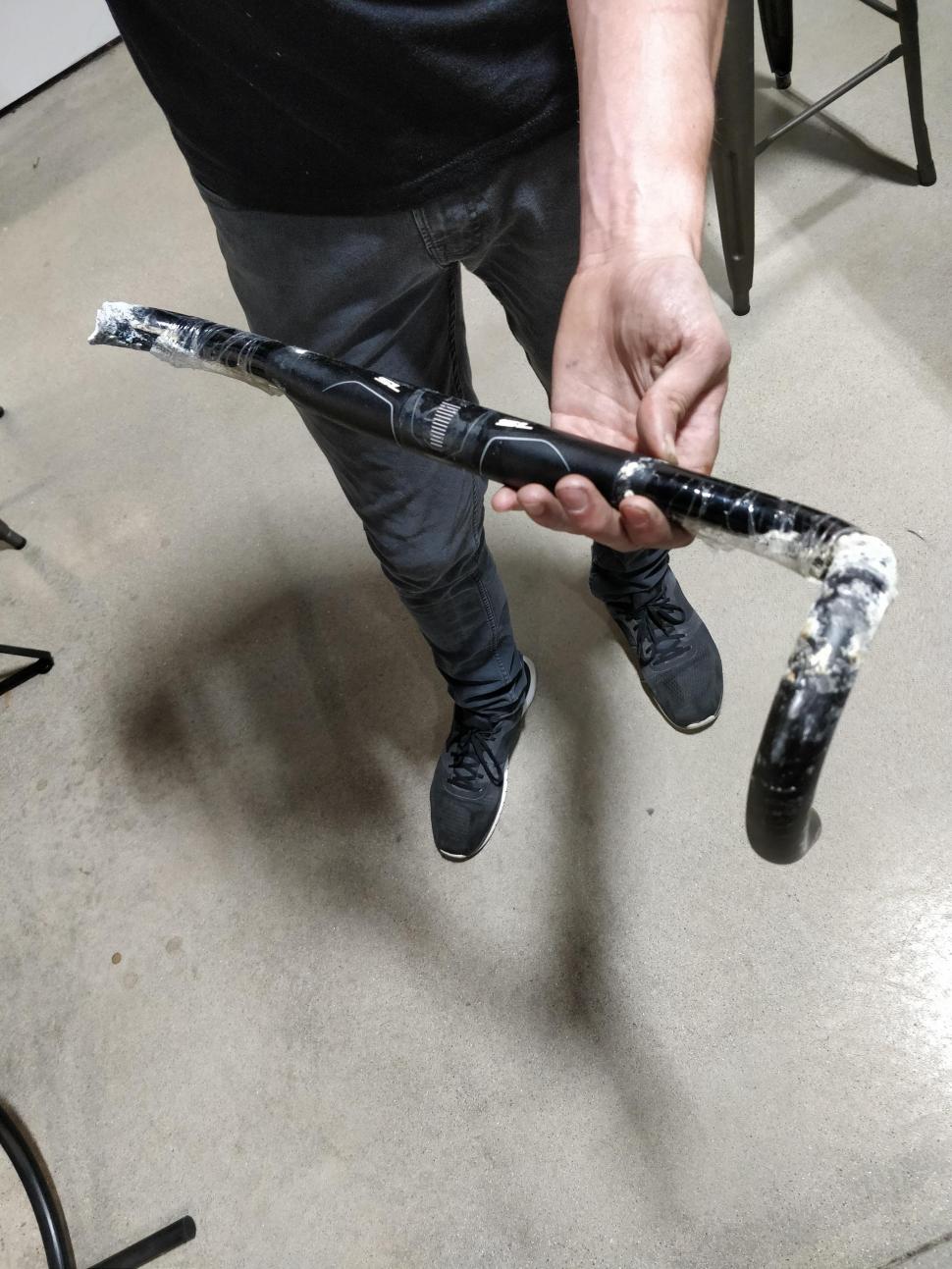 If you want to avoid a similar scenario, we'd recommend investing in some accessories for your home trainer such as a sweat catcher and at least one decent fan for starters...