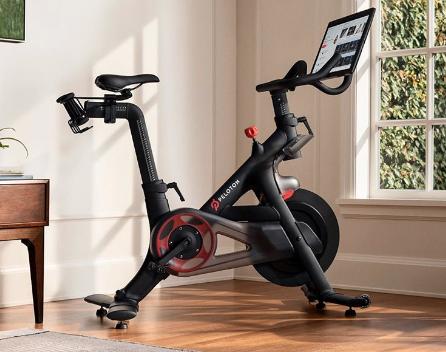 Indoor fitness brand Peloton is seeking to sweeten the pill – or should that be rub salt into the wound? – of making 2,800 staff redundant by throwing a year’s free membership to its classes in with their redundancy package.

Of course, the catch for those of the unlucky employees who will be handed their pink slip – the American equivalent of a P45 – who do not already own a Peloton bike is that to use the ‘benefit’ they will have to fork out upwards of $1,500 from their severance pay to buy one, assuming that they would want a permanent reminder of the company that fired them in the first place.

The news comes in a week in which there have been several changes in the company’s board, including founder and CEO John Foley effectively stepping down and becoming executive chair, with the New York City-based business the subject of bid rumours from corporate giants such as Amazon and Nike.

Little more than a year ago, Peloton was being hailed on Wall Street as one of the corporate success stories of the coronavirus pandemic, with sales of its connected fitness equipment and subscriptions to its classes soaring as gyms closed and people were forced to stay at home as lockdowns were imposed in the key countries it operates in.

At one point, the company had a stockmarket capitalisation of around $50 billion as its shares soared, but its plummeting share price means that it is now valued at less than a fifth of that figure.

But this week the company, which last year had to recall 125,000 of its treadmills after a child was killed after being dragged under one, has slashed its forecast turnover for the current financial year from the range of $4.4 – $4.8 billion to $3.7 – $3.8 billion.

Besides falling sales, in part due to the launch of competitor products as well as Peloton’s own decision to introduce a cheaper version of its original bike, the company has also suffered from a series of public relations disasters.

Those include the death through a heart attack while taking part in one of its classes of the Sex & The City character Mr Big in the series reboot, And Just Like That … and to make matters worse, within days of Peloton creating a spoof advert showing actor Chris Noth fit and healthy, he was accused of sexual assault, which he denies.

> “And just like that ... he’s alive” ... Peloton improves on initial po-faced response to Sex & The City character’s death by bringing him back to life

On Tuesday, Peloton announced a series of cost-cutting measures, including making one in five of its corporate staff redundant, as well as scrapping a planned factory in Ohio which, when plans for it were first unveiled, was hailed as reducing its dependency on foreign suppliers.

“These decisions, particularly those related to our impacted Peloton team members, were not taken lightly,” said Foley.

“We greatly value the contributions of our talented colleagues and are committed to supporting impacted team members in their transitions. We thank our global team members for their focus and dedication through this process.”

A sale of the business could value the company at between $12-15 billion according to BBC News, citing a research note from Los Angeles-based investment firm, Wedbush Securities.

“If a bidding process begins, we view Apple as the likely acquirer due to the clear strategic fit with its healthcare/fitness/subscription initiatives, while Amazon and Nike among others could be potential bidders in the mix," the firm said.

“The reality is that Foley was the pilot on the Peloton growth plane and him leaving paints a bleak picture with the main visionary no longer in charge,” it added.

However, investment firm Blackwells Capital, which has a stake of just under 5 per cent in Peloton, laid the blame for the company’s problems squarely at Foley’s door.

“Mr Foley has proven he is not suited to lead Peloton, whether as CEO or executive chair, and he should not be hand-picking directors, as he appears to have done today,” said the firm’s chief investment officer, Jason Aintabi.

The firm said that Foley had mad “a series of poor decisions relating to product, pricing, demand, safety and capital allocation,” and urged that Peloton be prepared for sale.

“If a bidding process begins, we view Apple as the likely acquirer due to the clear strategic fit with its healthcare/fitness/subscription initiatives, while Amazon and Nike among others could be potential bidders in the mix," it said.

“The reality is that Foley was the pilot on the Peloton growth plane and him leaving paints a bleak picture with the main visionary no longer in charge,” it added.