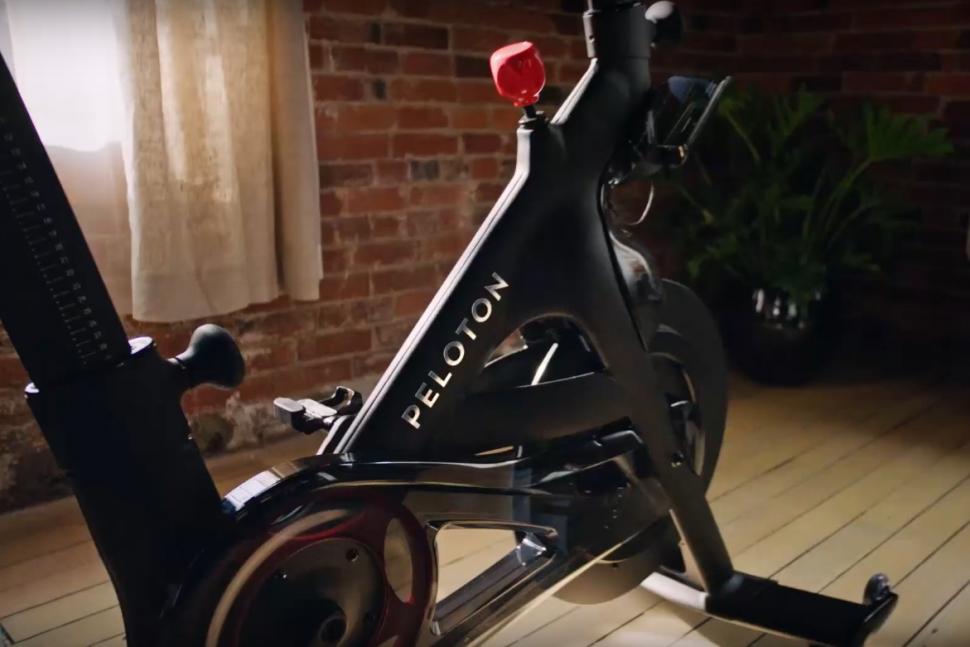 SPOILER ALERT: If you’re planning on watching the opening episode of And Just Like That…  – the new series that is a reboot of hit show Sex & The City – you may wish to look away now.

Ah, glad you’re all still with us.

At-home fitness brand Peloton has issued a spectacularly po-faced response to the main plot point in the debut episode, which aired on HBO Max in the US yesterday – namely, the death of one of the show’s leading characters while riding one of its static bikes.

Yes, we’re afraid that Mr Big (or John James Preston if you’re not into the whole brevity thing) is now Mr Six Feet Under – and Peloton reckons his lifestyle is to blame.

> When ads backfire - what went wrong with THAT Peloton spot?

Big, whom you may recall ended up happily married to the show’s central character, Carrie Bradshaw – you know, the one who somehow managed to afford an apartment in a West Village brownstone despite living off a journalist’s salary [cough] – shuffled off to the big exercise class in the sky after taking part in his 1,000th session on Peloton, reports the LA Times.

The newspaper managed to get a statement from Dr Suzanne Steinbaum, a preventative cardiologist and also a member of Peloton’s health and wellness advisory council, who said that some aspects of Mr Big’s lifestyle put him in the high-risk category so far as heart problems are concerned.

“I’m sure ‘SATC’ fans, like me, are saddened by the news that Mr Big dies of a heart attack,” she said.

“Mr. Big lived what many would call an extravagant lifestyle – including cocktails, cigars, and big steaks – and was at serious risk as he had a previous cardiac event in Season 6.

“These lifestyle choices and perhaps even his family history, which often is a significant factor, were the likely cause of his death. Riding his Peloton Bike may have even helped delay his cardiac event.”

No mention there of copious amounts of energetic sex, which after all is one of the main themes of the series – although on reflection, we guess that counts as a decent cardio workout.

Dr Steinbaum continued: “More than 80 per cent of all cardiac-related deaths are preventable through lifestyle, diet and exercise modifications. And while 25 per cent of heart attacks each year are in patients who already had one (like Mr Big), even then they are very, very treatable.

“The lesson here is, KNOW YOUR NUMBERS! It’s always important to talk to your doctor, get tested, and have a healthy prevention strategy. The good news is Peloton helps you track heart rate while you ride, so you can do it safely,” she added.