Why aren't more people cycling and walking when fuel prices are at record highs? + Shimano 105 discussed on the road.cc Podcast

Psychologist Dr Ian Walker explains how human nature makes it hard to get people to break routines, plus we look at why the latest 105 groupset is electronic-only and the implications for bike buyers
by Simon_MacMichael

The latest episode of the road.cc Podcast sees us discuss the implications of the hottest piece of tech news in cycling right now, Shimano’s launch this week of the latest iteration of its 105 groupset, which from now on will be electronic with no mechanical version available. We also sit down with psychologist Dr Ian Walker who explains why, despite the soaring cost of fuel, human nature presents a huge barrier to weaning motorists off cars.

The cost-of-living crisis has been one of the big stories in the mainstream media in recent weeks, and much of the focus has been on the rocketing price of fuel and how that is hitting motorists in the pocket.

To many of you reading this, one solution to reduce those motoring costs will be obvious – ditch the car for shorter or unnecessary journeys, and switch to cycling, walking or public transport instead.

But as Dr Walker, environmental psychology professor at the University of Surrey – not to mention record-breaking ultracyclist explains – trying to get motorists to choose active travel choices, or encouraging healthier diets to tackle rising levels of obesity isn’t as simple as launching a PR campaign with a catchy slogan because, fundamentally, humans are creatures of habit.

We got in touch with Ian, who has reviewed kit for road.cc in the past after a Twitter thread he wrote earlier this month in which he explained why habit was such a big obstacle to bringing about behavioural change in people caught our eye.

“This whole business of just how do you help people adopt different behaviours is something that me and my colleagues spend our whole professional lives dealing with,” he told us..

“If you think about it, people also deal with this in domains like health – if you're trying to get people to adopt healthier lifestyles or give up smoking, or drink less, or things like that, it's kind of the same question.

“Because it's one thing to say oh look petrol's gone up 5p yesterday. It's going to have another 2p today. But the problem is we have this phenomenon of habits which gets in the way of these translating into behaviour change.”

He highlights that habits aren’t necessarily bad – not spending five minutes wondering what to have for breakfast each day when you always end up having the same thing anyway saves you 35 minutes a week is the example he cites.

But in terms of encouraging people to drive less – something the government is actively trying to promote, with the new body Active Travel England taking shape under Chris Boardman – he maintains that breaking the habit in the first place is crucial.

“It's not going to be a campaign,” Ian says. “It's not something where you can have the Prime Minister standing up and saying, ‘Okay, for the next three months, we're all going to be cycling to work’. That's not necessarily going to work. What you need is kind of like a dedicated team to be able to track and then put in these interventions at the correct time.” 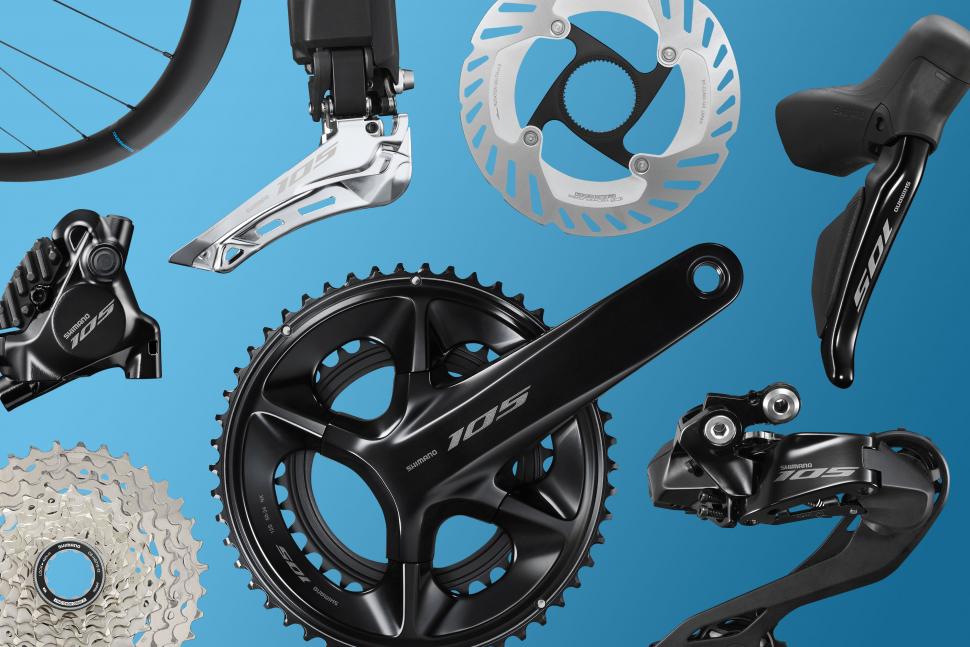 The episode starts with road.cc co-founder Tony chatting with host George plus Liam and Mat from the tech team about Shimano’s launch of its latest 105 groupset in Di2 and for disc brake-equipped bikes, with no mechanical version available.

Among the issues they address in an in-depth discussion is what has driven the Japanese component maker to take its decision, how that will translate into pricing and of course what it means for you, the person who will ultimately be making the decision on whether or not to fork out for a bike with 105 Di2.