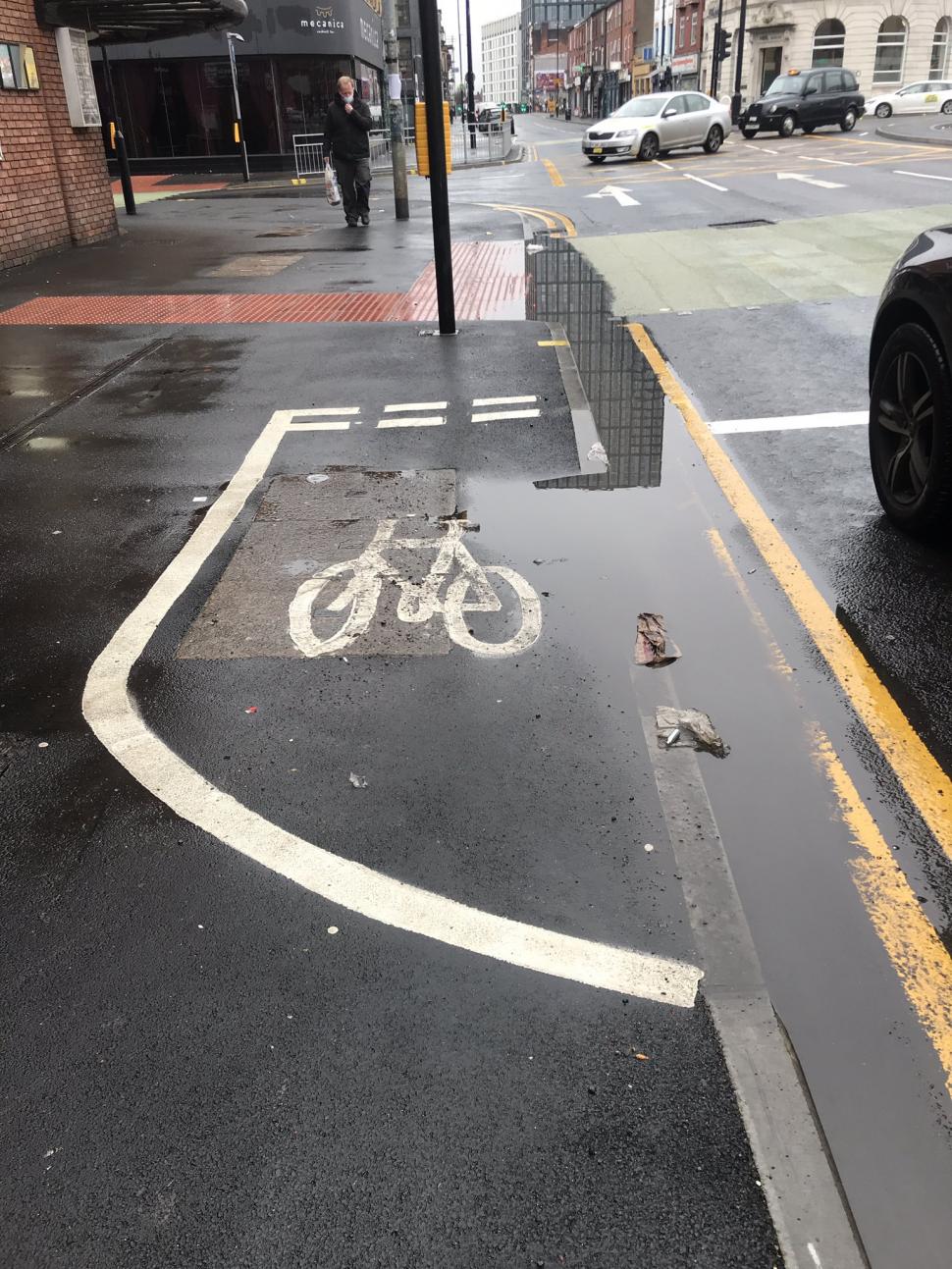 Active travel advocates have condemned the recent redevelopment of a major road in Manchester as a missed opportunity, after a cyclist was left with a “life-threatening injury” after being struck by a motorist last weekend.

The cyclist was rushed to hospital with a serious head injury following a collision with a driver on Great Ancoats Street on Sunday. No arrests have been made in connection with the incident.

However, residents have long expressed their frustration with the scheme – which fails to include any substantial cycling infrastructure – describing the road as “an accident waiting to happen”, a critique thrown into sharp relief by last weekend’s incident.

“The main issue for bikes is that the four lanes of traffic afford virtually no room to cycle safely. It might sound daft, but this has been an accident waiting to happen and many cyclists have tried to engage with the council to highlight this.

“Occasionally, I use the Ancoats back streets that are currently being converted to a cycle path, but many of the streets are cobbled and unsuitable for most road bikes. After the recent Great Ancoats Street rebuild, this is unfortunately another waste of money.”

Another local described the project as “a massive missed opportunity to make the area safer for residents with adequate infrastructure.

“We were promised a tree lined boulevard. What we got was a death trap in a residential area,” they said.

When the bike lane-less plans for Great Ancoats Street were first revealed, Manchester City Council argued that a dedicated cycleway on the road would reduce traffic capacity too much, leading to protests from cyclists in July 2019.

However, the council claimed at the time that future schemes in the city centre would prioritise cycling and walking.

“I'm all for cycle lanes across the city and in our ward,” says the Labour councillor for Ancoats and Beswick, Majid Dar. “I would say it was a missed opportunity and I wish it could have been included. If we’ve got an opportunity to get main roads done and the space is there, I’m all for it.”

> Next wave of Bee Network projects: £137m to be invested in 18 new cycling and walking schemes around Manchester

Despite criticism of the Great Ancoats Street revamp, funding has been secured in recent years for an £11.6 million cycle route between Manchester Piccadilly and Victoria stations through the Northern Quarter as part of Greater Manchester’s Bee Network, while the North East Gateway – a continuous cycling and walking route linking the north and east of the city – will soon be subject to consultation.