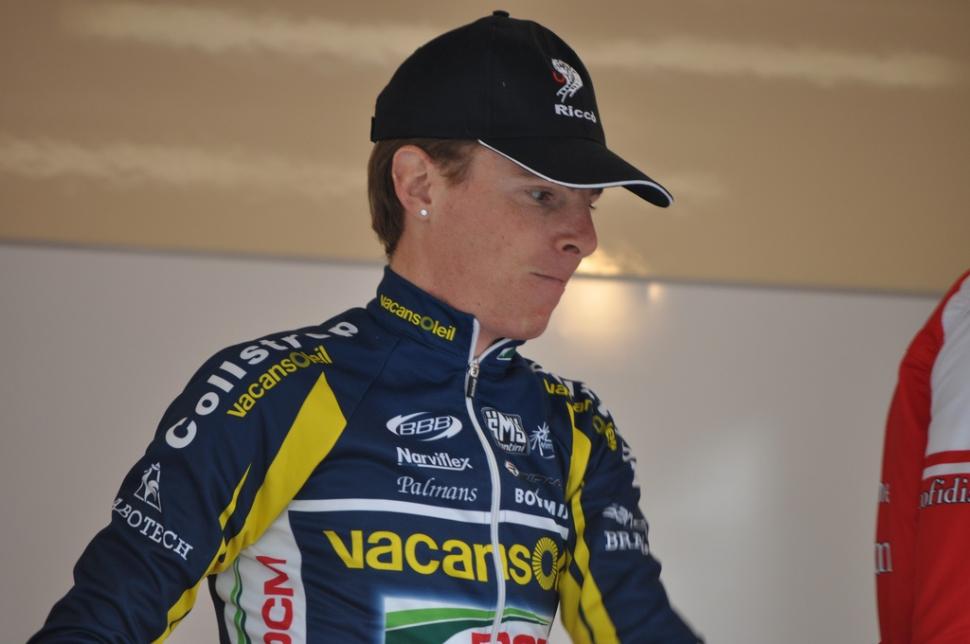 Riccardo Riccò, already serving a 12-year suspension for doping, has now been handed a lifetime ban from cycling by the Italian national anti-doping authorities (NADO).

The decision, announced today, does not specify the precise reason for the ban being imposed on the 37-year-old former professional cyclist.

However, a report in the Gazzetta dello Sport last week linked the Italian to a 2015 anti-doping investigation conducted by carabinieri officers that last week led to former Internazionale and Napoli footballer Giovanni Bia, now an agent, being banned for two years.

In a brief statement published on its website, NADO also said that Riccò – now running a gelateria in Vignola in the province of Modena – had been fined €4,000 and ordered to pay costs of €378.

It is the third time that he has been sanctioned for doping.

In 2008, when he was riding for Saunier-Duval, Riccò won two stages of the Tour de France but was thrown off the race after he tested positive for the EPO variant, CERA and was subsequently banned for 20 months.

He returned to the sport in 2010, initially with Ceramica Flaminia before switching to Vacansoleil, but in February the following year was rushed to hospital in critical condition with kidney failure and sepsis.

The episode was due to a botched transfusion of blood – possibly belonging to his then partner, also a cyclist – stored in the fridge at his home, and led to him being sacked by his team.

He then signed for the Croatian third-tier team Meridiana Kamen, but had his licence suspended by the Italian national federation for the sake of his health.

> Italian federation suspends Riccardo Riccò for the sake of his health

As a result of the blood transfusion incident, he was given a 12 year ban in 2012, all but ending his career.

That didn’t keep him out of the saddle though – in 2014, Riccò set himself the challenge of breaking the record of an ascent of Mont Ventoux by bike.

While training for that effort, however, he crashed on the descent at 60 kilometres an hour, sustaining facial injuries.

Since then, his name has been linked several investigations into the supply of perfomance enhancing drugs in Italy, and the possibility of criminal proceedings at some point in the future cannot be discounted.