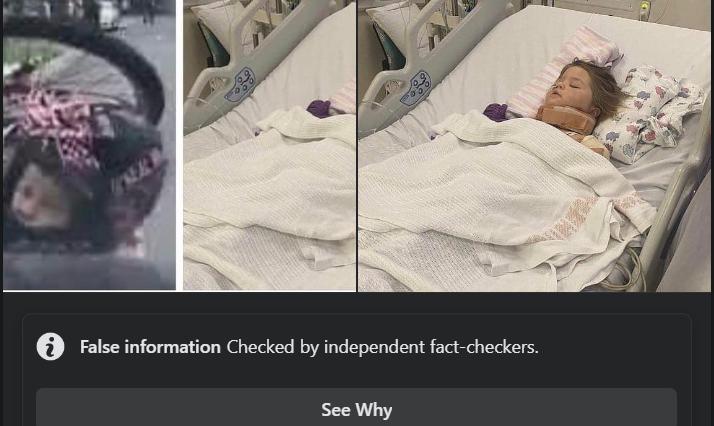 Police have warned of scammers using hoax Facebook posts appealing for help identifying a child cyclist injured in a hit-and-run.

The posts, described by police as "very sneaky" but also "easy to fall for", are later edited to include a link to an unsafe web page or offer a reward, and have been debunked by fact-checking service Full Fact who traced the pictures used to incidents in Australia.

One such hoax post, seen below, was shared in 'Lost and found in Coventry' and asked for help identifying the girl who was apparently hit while riding her bike, but had no ID and was not with her parents. The post makes it look as though the girl is "unconscious" in hospital and the poster is trying to let her family know. 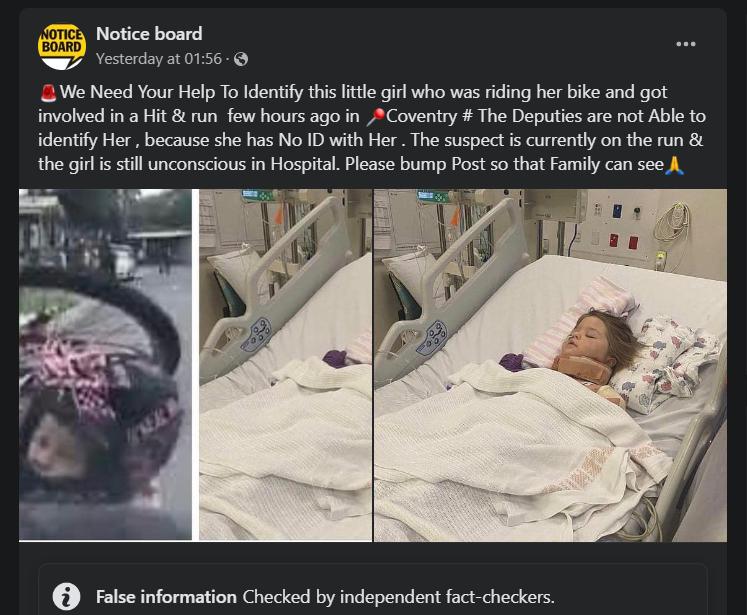 Argyll & West Dunbartonshire police said they are aware of the scam and confirmed it is part of a wider hoax operating on social media, calling it "very sneaky, but also easy to fall for as we all like to think we can help out".

Full Fact says the same post has been shared in other community Facebook groups, including ones for Berkshire, Fermanagh and Luton, as well as other US-based groups, in some cases being shared thousands of times.

The fact-checking group traced the image of the girl in the hospital to a March 2021 traffic collision in Queensland, Australia, and the other image to an October 2014 incident at a holiday park in Sydney. Full Fact says the girl was not injured in the 2014 incident.

While we have reported an increasing number of bike industry-related scams in recent times, most have involved fake websites mimicking major cycling retailers or selling fake bikes or parts.

Just two weeks ago we reported that SRAM, FSA and DMR had all reported fake sites ahead of Black Friday, with fraudsters keen to make money from bargain hunters.

"It has come to our attention that a direct-to-consumer website is using our brand name, identity and products without permission, and consumers should stay well away," DMR said. "They also claim to hold in-stock products we are not aware of."

It is sadly nothing new. Last year Shimano issued a warning about a fake site claiming to sell SPD-SL and SPD pedals at highly discounted rates, while in August major Irish cycling retailer Cycle SuperStore put out a warning about a sophisticated scam replicating a genuine competition.