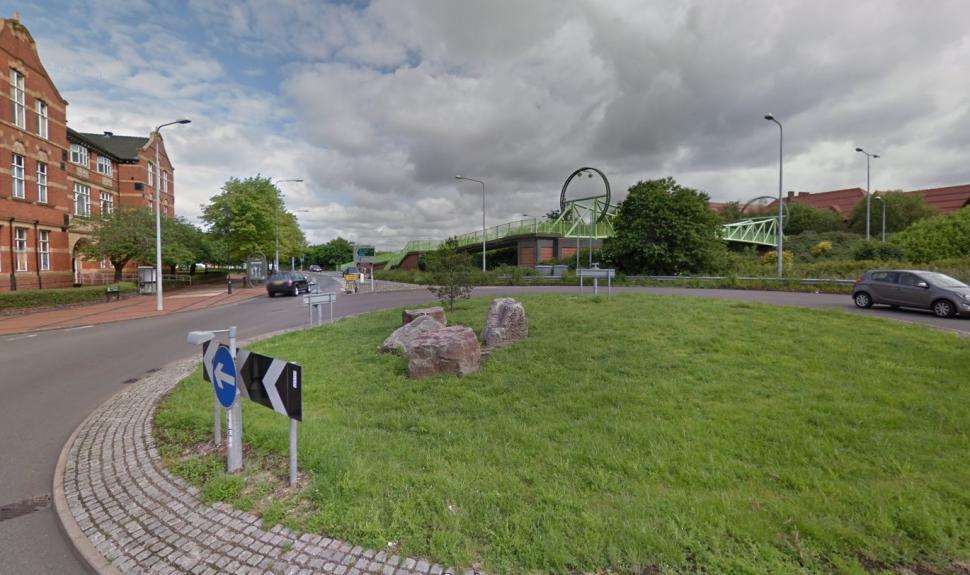 A taxi driver has been sentenced to two years in prison, suspended for two years, following a collision which left a cyclist with a devastating and life-changing brain injury.

23-year-old Mohammed Israar pleaded guilty to causing serious injury by dangerous driving at Stoke-on-Trent Crown Court earlier this week, 16 months after cutting across and colliding with a cyclist on a roundabout on the Lightwood Road in Longton.

Israar, a taxi driver who was off duty at the time of the collision, was also banned from driving for three years and must complete a rehabilitation activity for 15 days along with 150 hours of unpaid work, Stoke-on-Trent Live reports.

On 16 July 2021 Israar entered the roundabout on the Lightwood Road in the right-hand lane, despite intending to turn left.

“The cyclist was in the correct left-hand lane and intended to go straight on,” prosecutor Jonathan Dickinson told the court.

“However, the defendant cut across him to turn left and the back of his car hit the cyclist and knocked him off. The defendant stopped after realising he had struck the cyclist.”

According to Dickinson, the cyclist suffered memory loss in the collision and can only remember waking up with a head injury four days later in hospital, where he remained for two weeks. A CT scan revealed that he had suffered a skull fracture and bleeding of the brain.

In two victim statements, the cyclist, a former addict, revealed that he had managed to steer his life back on track before the incident but that the effects of the crash had been “catastrophic”. He said that eating is now an inconvenience, he can so longer smell or taste food, he has problems with his eyesight, short-term memory, and processing information, and that he has experienced a range of cognitive issues.

He told the court that he has since relapsed and is currently struggling to fight his addiction due to the brain injury suffered in July last year. The cyclist added that the aftermath of the collision will affect him and his family for years to come.

Mitigating, Ekwall Tiwana argued that taxi driver Israar – who said he is “very sorry” for what had happened – had a clean driving record, no previous convictions, and that his driving on the day of the crash was “an impulsive, reckless decision”.

“The doctor who examined the injuries stated the injuries would have been significantly mitigated if the cyclist was wearing a helmet,” Tiwana added.

Reader Amy Jacobs concluded: “As you approached the roundabout you were in the right-hand lane. The cyclist was to your left. You cut across him, knocking the bike from underneath him causing his head to hit the road.

“This was committed in a few seconds. He sustained a brain injury. It was life-changing for him. He had a fracture to his skull and a bleed in the brain. He was kept in hospital for two weeks.

“You were in the wrong lane. Despite knowing he was in the inside lane you decided to turn across him. In my judgement, you thought he was turning left, and you were taken by surprise when he did not.

“It is aggravated by the fact it was a cyclist. They are vulnerable road users and you have a duty to take extra care in respect of them. He was not doing anything wrong. You were the one who cut across him.

“In my view no prison sentence is going to seem long enough to him and his family. It seems that this was a short lapse in an otherwise unblemished driving history. You are working to improve your life.”

Along with his suspended sentence and driving ban, Israar was ordered to pay £400 in costs.