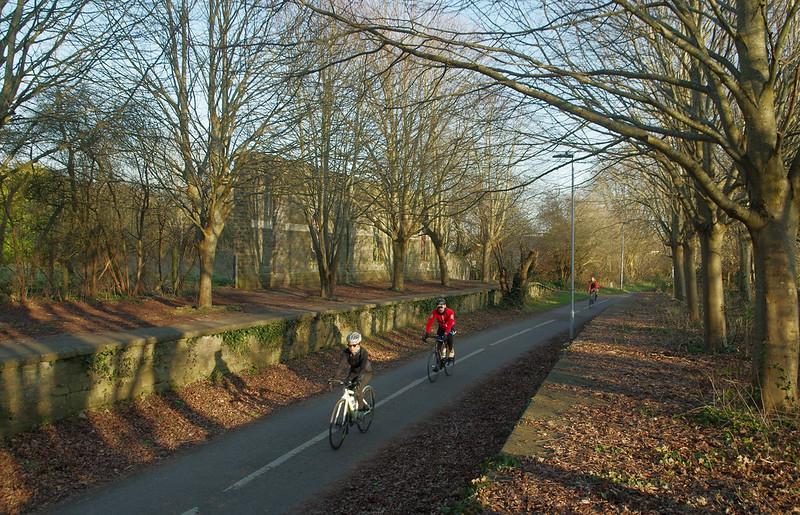 "We are working with the police on this matter": Diversion signs and metal fencing restricting access have been pulled down in the past week, reopening sections of closed path to the public...
by Dan Alexander

Theft and vandalism of "a significant number of signs and fencing" has slowed progress on changes to a two-mile section of the Bristol & Bath Railway Path, Sustrans has said.

Plans for the section between Trinity Street and Clay Bottom, in east Bristol, were published last year, and will see a separation of pedestrians and cyclists at busy sections and improved visibility following a wave of attacks in 2021.

However, Sustrans — the cycling charity leading the redevelopment — is "working with the police" after thefts and vandalism left "no signage in place at two locations, and a lot of damage to be repaired".

The result of the vandalism was confusion amongst path users, with Bristol Live reporting a section of the route, between Easton Community Centre and Johnsons Lane being used by cyclists and pedestrians last week despite officially being closed.

Thefts of signs over the bank holiday weekend meant riders were missing the diversion and encountering a barrier at the Johnsons Lane exit.

On Tuesday 3 May, people were reportedly seen carrying bikes over a steep hill and making their way through a small gap at the end of the fence. The next day, a metal fence, restricting access to the path while works are underway, was pulled down.

The ripped out fencing was replaced by plastic barriers on Friday 6 May, but signage detailing the diversion route has yet to be reinstated.

A spokesperson for Sustrans told the online news outlet that the damage was frustrating, and confirmed "we are working with the police on this matter".

"Unfortunately, over the weekend a significant number of signs were taken from the site and fencing was vandalised and stolen. This left no signage in place at two locations, and a lot of damage to be repaired. We are working with the police on this matter," the spokesperson said.

"We have been putting every effort into minimising the impact on people using the route. Available signage was redeployed as soon as possible to fill gaps, and replacement signs have been urgently ordered to bring us back up to a full quota.

"Time spent dealing with thefts and vandalism has unfortunately reduced construction progress this week. The diversion route uses the crossing point on Devon Road, which was installed in 2019. However, following recent feedback we have put up additional signage to raise awareness of people crossing here during the works.

"We are working with the contractor to re-open the stretch of Railway Path near Devon Road as soon as possible. The website has been regularly updated throughout the works, making sure the current and upcoming closure and diversion information is available online throughout."

Sustrans' plans for the route includes new access points, with most of the existing ones on the stretch being very narrow, and coloured paving will be used in places to more clearly delineate parts of the path for people on bikes or on foot. 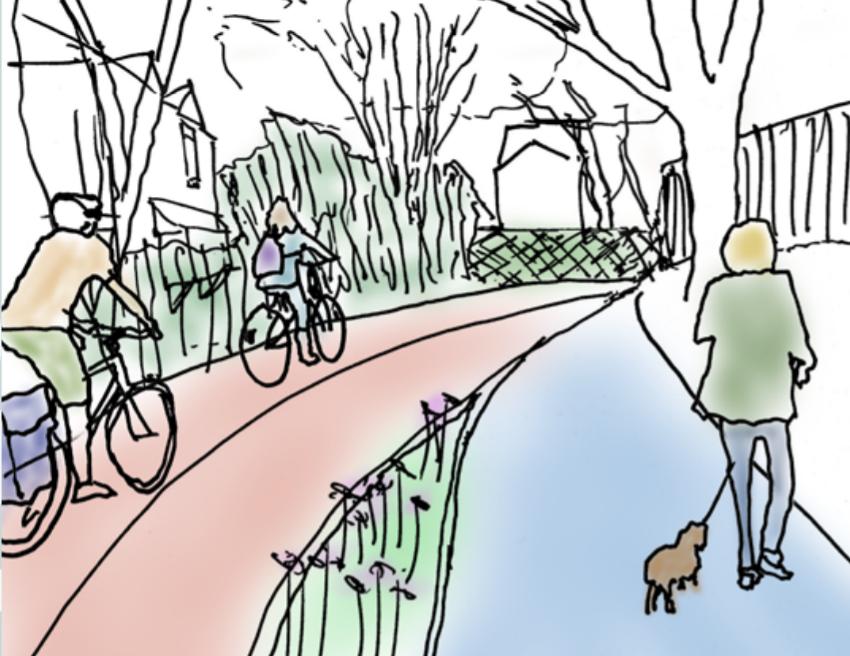 19 trees will be removed to increase visibility and improve access – although Sustrans says that it will be planting 250 new ones as part of the scheme, as well as sponsoring the planting of a new area of woodland by One Tree Per Child Bristol.

The project is anticipated to cost £1.1 million and will be financed by the Department for Transport under Sustrans’ Paths for Everyone initiative.