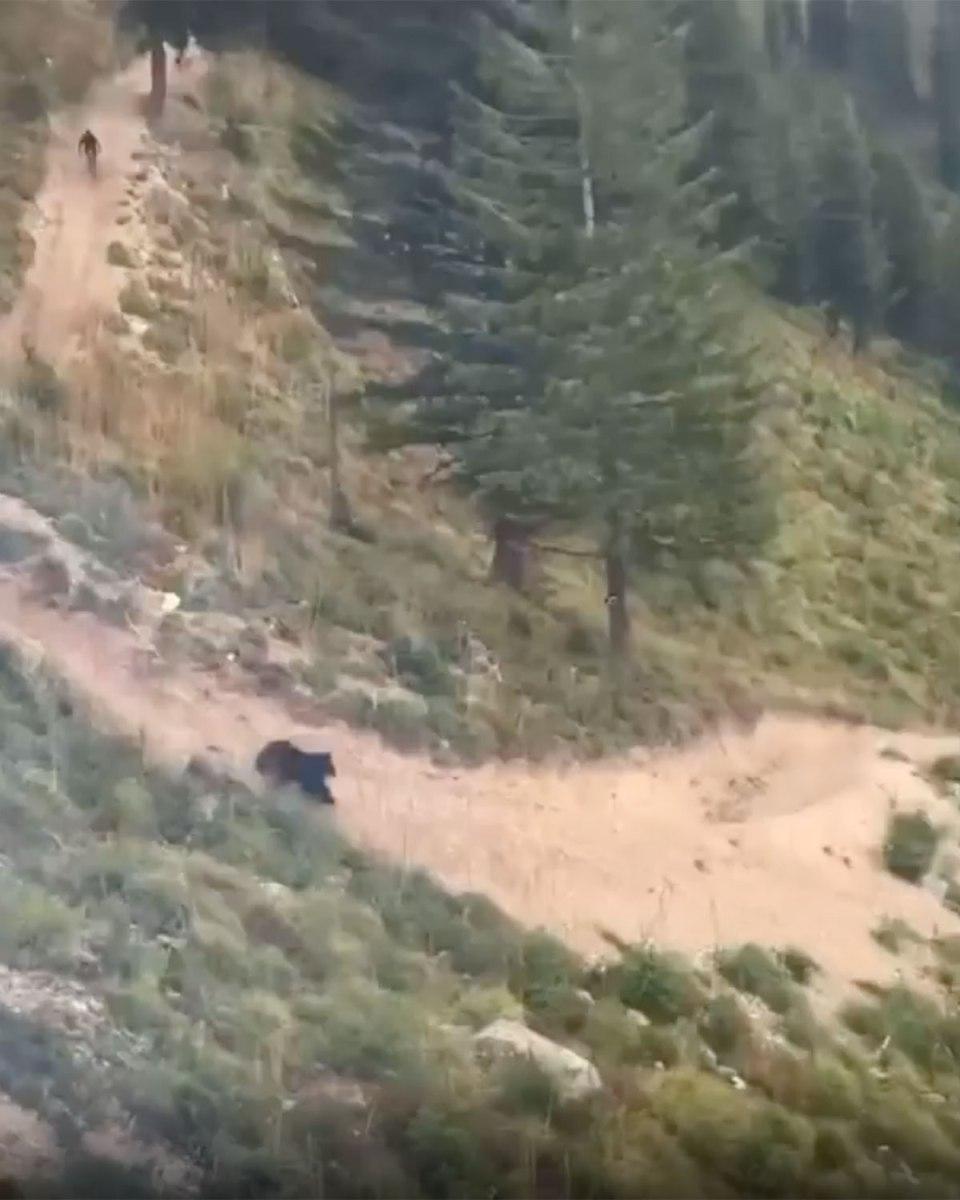 Scary incident happened on a trail in Montana ... luckily the rider got away
by Simon_MacMichael

We’ve featured videos on road.cc before of bears chasing cyclists – but this is the first one we’ve seen where the footage was shot from a drone, which provides for some heart-stopping moments as the animal cuts corners to try and catch up with a downhill mountain biker who luckily manages to outpace it.

The video was shot last year, according to the entertainment website TMZ, but has only now been shared online, with Montana Knife Company posting the clip to its Instagram feed this week.

It’s one thing trying to outrun a bear on the flat or better still a descent, but what if it comes after you as you’re riding uphill?

That’s what happened to a cyclist in Alberta, Canada in 2017, who was alerted to the fact a grizzly bear was chasing him by a pick-up driver, who said afterwards that he believed the animal “had visions of supper.”

> Drivers in Canada save cyclist from grizzly bear attack

The motorist and another pick-up driver who saw what was happening managed to insert their vehicles between the cyclist and the bear, which helped the rider get away.

After beeping his horn repeatedly, he managed to attract the cyclist’s attention.

“I said, ‘You’ve got a grizzly bear about 25 feet behind you.’ He looked back and went, ‘Oh!’ and started to pound on the pedals.”

Well, you would, wouldn’t you?

The latest clip was filmed near Whitefish in the Rocky Mountains in northwest Montana, with the town acting as a gateway to the Glacier National Park.

Speaking about the black bear’s pursuit of the cyclist, a spokesperson for Montana Bike Company, who confirmed the cyclist had made it to safety, told TMZ: “This is why even bikers and hikers should be carrying out knives!”

You can’t blame them for taking the opportunity of trying to plug the products they’re selling – although better advice on how to ensure you aren’t caught while out cycling in bear country might be to always ride with someone else, and ensure they are slower on the bike than you are.