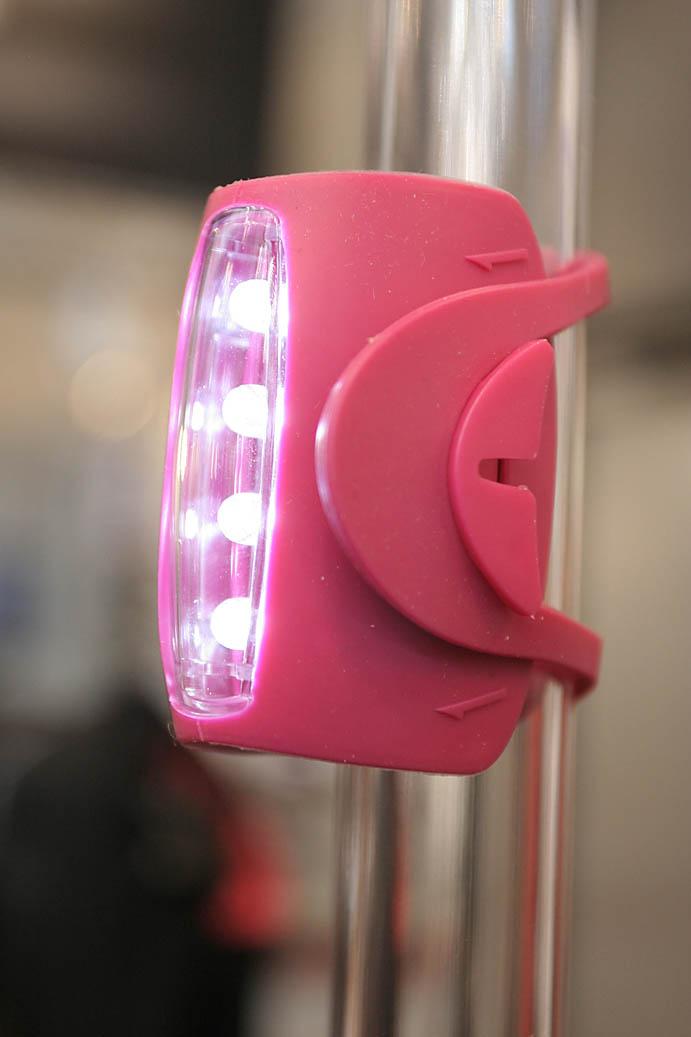 5
10
Clever, ultra-versatile and 'cool', but run time on ours was poor
Weight:
56g
Contact:
www.todayscyclist.co.uk
How we test

Knog's new Skink LED is one clever little light. It's good too, but it's not perfect. The clever bit, as you would expect from Knog, is the design. Essentially the Skink is a simple four LED unit plus two batteries wrapped in a rubber skin that requires no mount – you simply stretch the rear strap around whatever bit of your bike that you want to attach the light to, hook it to the integral tab and off you go. Nifty.

These are lights to be seen by rather to see by, not that the four LEDs don't deliver a useful dose of light but the white front light isn't going to be enough if you ride takes you out beyond places where the sky doesn't glow orange at night. 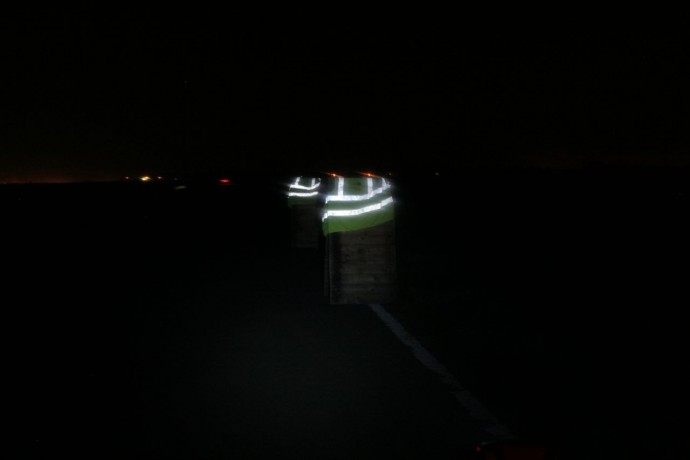 They are great for city cycling though, bright enough and easy to take with you when you park up or when you swap between bikes. Knog do a range range of front and rear LEDs with the Skinks sitting at the top, below them is the double LED Beetle and the single bulb Frog. The latter are already an established favourite with many on the fixed scene, because they come in a range of bright, designery colours, that work well with that customised look favoured by many urban fixed riders. Mind you, that's also led to them being dubbed Hipster Cysts by the New York Bike Snob. I'll leave matters of taste to the NYBS and concentrate on their performance. Useful and pretty though they are, the Skinks (we'll deal with the Beetle in a separate review) are not without their faults. The biggie is run time. I normally expect to get a Winter's worth of commutes out of one set of batteries, even with bigger LEDs than these. The original set of batteries that came with the Skink didn't even make it from September to the clocks going back, I doubt I got 30 hours out of them.

Maybe I had some dud batteries, but a few weeks into a second pair of AAAs and on a couple of occasions they've already seemed to be on their last legs with the light suddenly dimming noticeably. They recovered (although not quite completely) which leads me to suspect that the problem might have been moisture getting inside the rubber casing. However, There's a battery life indicator on the side (a little red light) that is supposed to come on when the batteries have run down to 25 per cent power, the one on our test light has been on intermittently for a week or so – and I doubt that I've had 30 hours out of the Skink yet. Indeed the day I posted this review they gave out entirely which is pretty poor.

As I said at the outset the design of the light is very clever if you ride a flat barred bike. It's not so clever though if you ride drops because the way the light mounts to the bars (positioned level with the front of the 'bar rather than above it, as it would be on a conventionally mounted light), which mean any side view of it is completely obscured by the drops. It only gives out a minimal amount of side light anyway, on one side around the switch, which probably means it doesn't conform to British Standards.

Not being visible from the side is a big minus on an urban light particularly when you take into account that it is from the side, at junctions, that cyclists are most vulnerable. After posting the initial review this was brought uncomfortably home to me when a driver pulled out on me then stopped to explain that he "didn't see me" when I angrily pointed out my front light he said he couln't see it… and y'know I don't think he could.

The Skink's versatility means that you can attach it to other parts of the bike: the fork leg is an obvious choice, but to be visible from both sides you'd actually need two – if you were going to spend that amount of money you might want to consider the Cateye Opticube Uno EL010 and save yourself a fiver.

Any other niggles? That switch is a right bugger too – it's actually inside the casing so operating it, particularly with gloved hands, can be a bit hit and miss. You have to be firm – very firm – but even that doesn't always work first time.

Those are the downsides, the upsides are the Skink's extreme versatility, its relatively cheap price and its looks (if they are important to you in a light). You should be able to find one for £15. On the other hand you could get yourself a five LED Backupz front light for much the same money which has all the versatility of the Skink plus really good all-round visibility and which last for ages (and the USB recharbeable version comes in at just under £20) As a light, a rear Skink might be more useful to more riders than the front one, although I wouldn't be in a hurry to get rid of my front light any time soon.