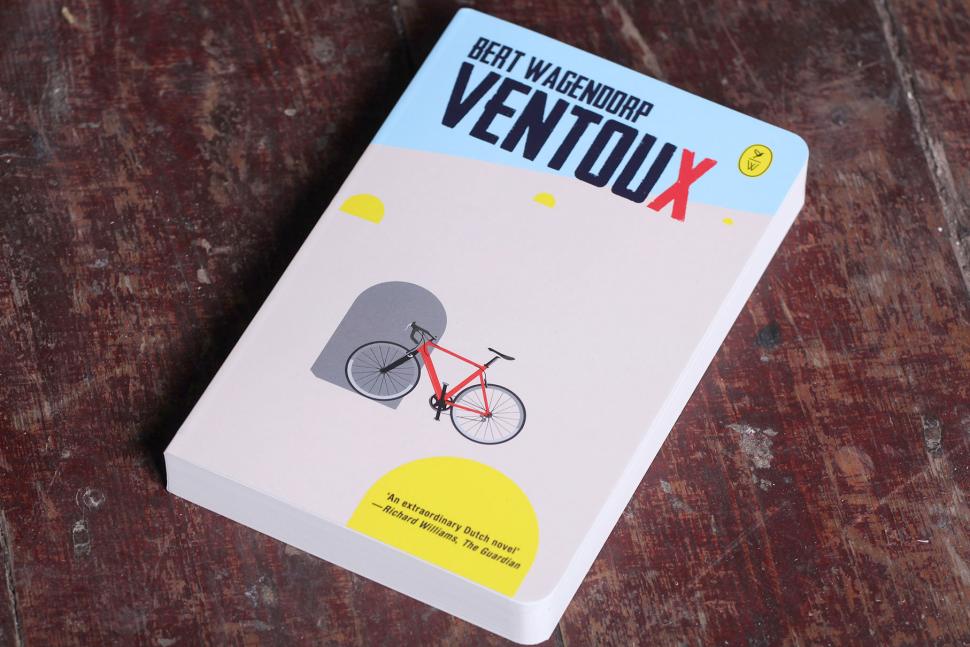 9
10
A warm and touching story for the discerning MAMIL and (MAWIL)
Weight:
362g
Contact:
www.worldeditions.org
What the road.cc scores mean

Anyone who has ridden up Mont Ventoux, or even watched the pros fight its formidable slopes in the Tour de France, will know why it has become so wrapped up in myth and tragedy. In this book, a fatal crash on its descent is the turning point in the lives of six young friends. Thirty years later, the survivors return to lay to rest their guilt over the death of Peter, their genius poet. 'Ventoux' is a touching and well-crafted novel about friendship and life, that's also got some bikes in it.

The book is often mentioned in the same breath as Tim Crabbe's 'The Rider', and indeed quotes from it, but it's not really the same kind of book. This is a story about five guys, some who ride bikes and some who don't, and a beautiful young woman, Laura, who completes their childhood gang. Each of the boys is in love with her, each in their way, but she is mostly to be found with the enigmatic Peter who, with her as his muse, becomes a celebrated poet while still in his teens.

It is Peter who is killed, as the six of them make a trip to Provence to mark the end of their school years, and the accident tears the group apart. Laura leaves for Italy and isn't heard from for 30 years, but it is she who finally brings the group back together to ride the mountain again and finally reveal the dark secret of the true nature of Peter and her relationship with him.

The translation, by Paul Vincent, preserves the essentially Dutch culture of the book and this provides insights into the Dutch relationship with racing bikes and their riders. Wagendorp is actually a cycling journalist and there is no doubting his passion for the sport.

The story is complex and unfolds a little at a time, so lovers of pacy thrillers may not find this their cup of energy drink. The characters, though, are beautifully drawn and and you will warm to them, for all their faults. And if you have ever been described as a MAMIL you are likely to spot yourself riding around somewhere in this novel, probably at the back of the group, gasping for air on the frying slopes of the Giant of Provence.

There is also a film version, for which Wagendorp wrote the screenplay, and his novel is distilled from this. Unfortunately it seems the film is only available in Dutch, which is a shame as it looks good (read Simon's review here) and a little less melancholy than the book.

A warm and touching story for the discerning MAMIL and (MAWIL)

A novel by Bert Wagendorp.

"During the summer of 1982, six friends–five boys, one girl–climb the legendary Mont Ventoux on their bicycles. A tragic accident claims the life of one of them, the promising poet Peter. Thirty years later, the others find themselves travelling into their past, with their racing bicycles strapped to the car roof, and their inner demons trailing behind them, off to the Provence again. What exactly happened on that mountain thirty years ago, and why are they going back?"

A warm and moving book about growing up in the Netherlands, the onset of middle age... and cycling.

This book is well written, well translated and engaging.

The pace is quite slow.

I usually ride: Cannondale CAAD10   My best bike is: