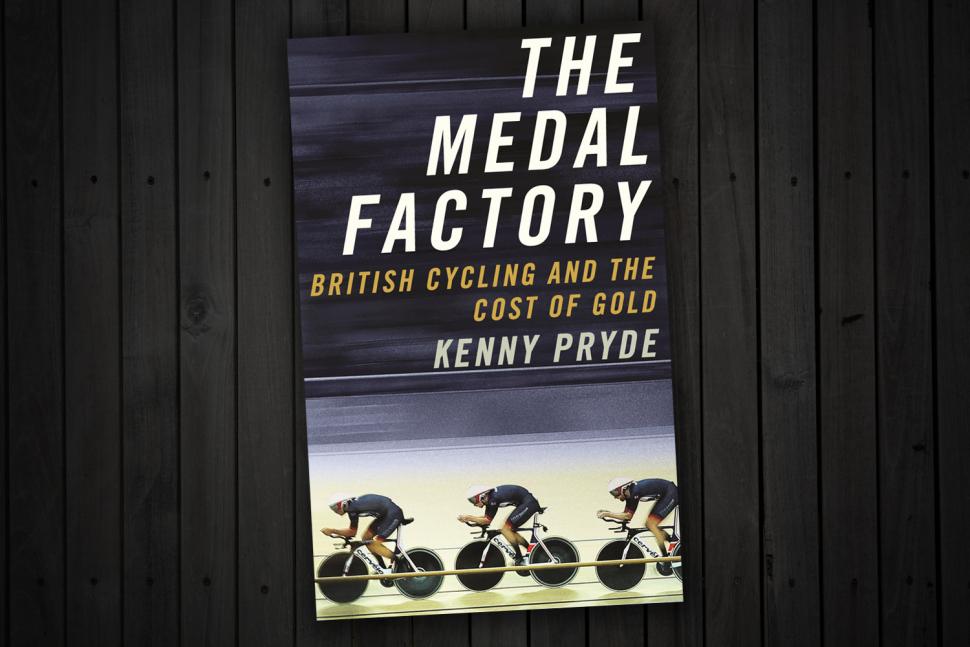 The Medal Factory: British Cycling and the Cost of Gold

9
10
The unofficial and unexpurgated story of British Cycling – so far
Puts British Cycling's successes and failures into context
Risks being overtaken by events
Weight:
510g
Contact:
profilebooks.com
How we test

The Medal Factory takes its name from the home of British Cycling, the Manchester Velodrome, which is viewed as a production line of medal-winning talent. This success has not been easy, and there is a price to be paid: for the first time the 'cost of gold' is painstakingly revealed, and it can make for uncomfortable – but compelling – reading.

For most of this century there have been frequent opportunities for the media to report on the sporting success of British Cycling (BC), and latterly its close relative Team Sky; more recently there has been increasing reason to comment on the organisation itself, as it became embroiled in one controversy after another. At times it left the impression that when BC continued to win, it might have been despite itself.

Stories of the world-class performances in cycling are uplifting and plentiful, but are well covered elsewhere and receive little attention in this book: the focus in The Medal Factory is not on the athletes' results, but on everything that goes on behind the scenes – including those headline-making issues. There's plenty to choose from, with TUEs, salbutamol, parliamentary select committees, court cases, and tribunals merely being the highest profile of them.

As the various dramas unfolded over the years I often thought that at some point a book would be useful to make sense of it all, and hoped that someone was keeping track of events. Richard Moore would have been an obvious choice, given his previous works on BC (Heroes, Villains & Velodromes), and Team Sky (Sky's the Limit), but it is another respected journalist, Kenny Pryde, who has taken on the challenge.

Pryde gives a 'warts and all' account of how BC made British cycling's sporting success the envy of the world, with results that were unimaginable only a few years ago. It's a convoluted story at times, but Pryde does a great job of explaining the background to, and significance of, things that you might have read in the press.

In the same way that good results are taken for granted today, so poor results were the norm back when the British Cycling Federation (BCF) was the governing body, before BC was formed in 1997.

Success on the world stage was rare for a British rider last century, and the level of support from the BCF was laughable compared to today's expectations. A few succeeded, such as Graeme Obree, but Pryde focuses on Chris Boardman because he built on his success to become a key part of the new regime.

If you thought that BC was a big happy medal-producing family, 'staffed and driven by people with a ferocious passion for cycling', as the BCF was, then this book will dispel that idea; if you want reassurance that BC can suffer from the same power struggles, in-fighting, questionable policies, lack of direction, and ruthlessness as many other successful businesses, then you will find it here.

It is alarming to read how easily things could have been so different, with a lot of 'right place, right time' coincidences making the difference. The arrival of the National Lottery and its funding for sport was invaluable; the completion of the Manchester velodrome, seen by many at the time as 'a white elephant', provided the base for future operations; the partnership of Boardman and Peter Keen brought together two people with the necessary skills and determination to make a difference; the fact that things started to change in time to attract Chris Hoy (and others) to the sport was obviously helpful.

The success that followed didn't come easily, of course, and certainly wasn't guaranteed – as is made clear from the numerous interviews that Pryde conducted. Some names are to be expected, others less so, a few are given anonymity – and others have books from which to provide apposite quotes. Current riders didn't participate, understandably, but I struggled to think of many worthwhile interviewees who are missing – with the exception of Bradley Wiggins: perhaps he is saving his views for yet another autobiography.

Between them, Pryde and his contributors are forthright in their comments: Dave Brailsford is described as 'a street-smart fast-talking cowboy, Captain Chaos'; Team Sky was viewed as 'a cuckoo in the nest at Manchester', with obvious conflicts of interest; Shane Sutton's appointment was a surprise, given that he had 'as much experience of shearing Merino sheep as track sprinting'. Pryde did check, and Sutton has never sheared a sheep.

I can imagine that many journalists would be reluctant to 'rock the boat' with such a book, in case it restricted future access to BC – which may be why no one has tackled the task before.

Pryde's view is that 'if the birth of the golden age of British cycling can be pinned to 29 July 1992 in Barcelona', and '2012 was the high-water mark...a season of historic firsts,' then 'the event that triggered its destruction also has a date. It was 2 March 2016', during a BBC interview with Jess Varnish and others.

If Pryde's intention was to write 'fully rounded histories of these people and events', then he soon discovered that history was being made as fast as he could document it, making that an impossible objective. The most obvious unresolved issue is that of Dr Richard Freeman. Could this be another reason why such a book has been a long time coming?

Some changes were significant enough to require chapters to be re-written, others could be accommodated with a footnote – such as Chris Froome's eventual win in the 2011 Vuelta. The book was finalised last November, but you can be sure that the BC story isn't finished yet.

Sadly, former insiders fear for the future: they suspect that women's road racing will remain 'a support class', and off-road cycling will not receive backing because 'the British Cycling way of thinking [is still] get the talent on track, riding in circles round a wooden bowl'. Somehow, I don't see that appealing to cyclo-crossers Tom Pidcock or Evie Richards.

Most of us will have felt good about the sporting success of our home cycling team, but those who read this book may become uneasy about its toll on the participants.

The unofficial and unexpurgated story of British Cycling – so far

Make and model: The Medal Factory British Cycling and the Cost of Gold

43 Olympic medals. 6 Tour de France victories. Countless world records and world championship victories. Since the year 2000, British Cycling, Team Sky and INEOS have dominated the sport of cycling to an unprecedented degree. But at what cost?

Did Sir David Brailsford, Peter Keen and the other brains behind British Cycling's massive and sudden dominance in the modern era find a winning "Moneyball" formula? Or did their success come down to luck and personal chemistry? Did this organisation, founded on relentless, ruthless efficiency contain contradictions which threatened to overwhelm it, amid accusations of drug-taking, bullying and sexism?

The Medal Factory tells the full story from amateurish beginnings through a sports-science revolution to an all-conquering, yet flawed, machine.

It allows you to follow the history of BC in one coherent narrative, rather than through the piecemeal news reports over many years.

The knowledge that it is going to become out of date – possibly quite soon.

Pryde has done an excellent job of explaining the other side of the BC story, making sense of the machinations behind medal-winning performances.