Chris King, in collaboration with US carbon fibre bike brand Argonaut Cycles, has just launched the new T47 threaded bottom bracket, which introduces another new standard to an already crowded bottom bracket market, but one that its inventors claim solves all the problems that can afflict current pressfit bottom brackets.

The T47 bottom bracket is an oversized and threaded design. It has the same diameter shell as a pressfit30 bottom bracket, but with the threaded cups of a traditional BSA-threaded bottom bracket. It’s an open standard so any frame manufacturer can use it.

Many top-end frames use a pressfit bottom bracket. The wider and larger shell diameter means the whole junction can be beefed up, with an increased diameter seat tube, down tube and chainstays, intended to increase frame stiffness.

Threaded bottom brackets are easier to install and are more reliable, but they do limit the choice of cranks and in the pursuit of increased frame stiffness. 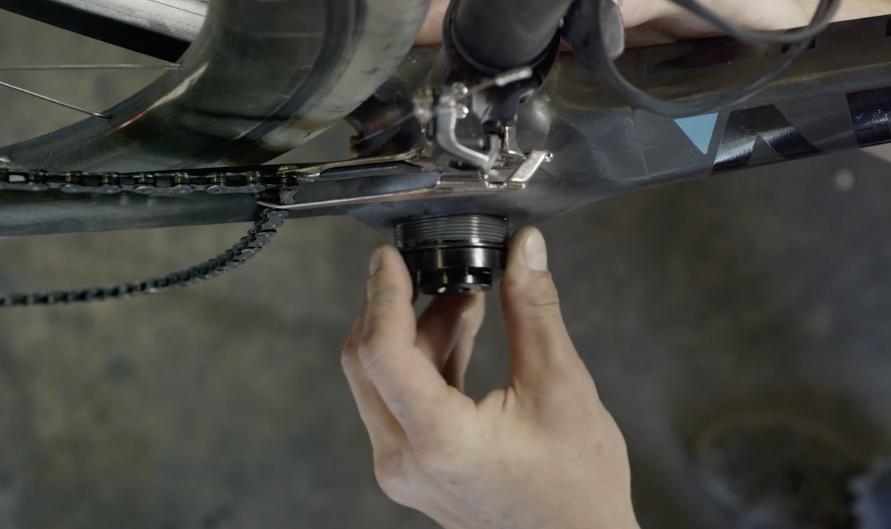 “The issue lies within the tolerance creep between frame manufacturers and component companies.’ Says Bob Scales, Marketing Manager for Chris King. “The threaded system removes the performance risks associated with the convenience of the press fit products and ultimately delivers a more reliable, high-performance product to the rider.”

T47 brings the benefits of pressfit, namely improved frame stiffness, due to the larger bottom bracket shell, and compatibility with any axle standard, from 24 to 30mm and even Campagnolo.

The new Chris King ThreadFit 30i bottom bracket isn’t yet available, it will be launched early next year. It’ll be available for 30 and 24mm cranksets and a Campagnolo Ultra Torque version. No prices have been confirmed yet.

Don’t expect to see any mainstream manufacturers adopting this standard anytime soon, 2016 bikes are now available and most 2017 bikes are likely signed off already, but that does leave an opportunity for small frame builders to look at using this new bottom bracket, if it suits their requirements.

Why hasn’t anyone done this before?

Well, we have seen a similar system, Colnago’s ThreadFit82.5, first introduced on the C60. To get away from the issues common with pressfit bottom brackets, the Italian company developed a screw-in alloy cup which houses the bottom bracket bearings. The alloy cups are also replaceable.

Praxis Works has its Conversion Bottom Bracket. It’s a smart bit of kit which fits any pressfit shell and allows you to use outboard bearings, ideal if you want to use a Shimano, SRAM GXP or Campagnolo Ultra Torque crank in a 30mm pressfit bottom bracket shell.

"The PF30 is convenient to build a frame around allowing customers to use any crank on the market,” says Ben. “The issue, however, is with a press fit system, you have to hold a super tight tolerance in both the frame and bottom bracket. Often these tolerances work against each other. 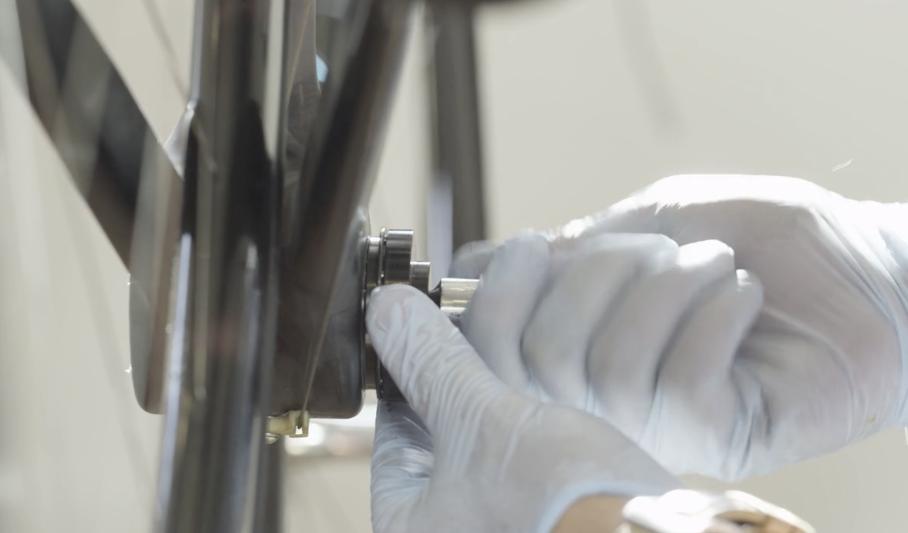 “All in all, a PressFit system is the wrong style of engagement in a bottom bracket. Threads are really the way to go, but a larger bearing is still ideal. The traditional threaded BSA is great from a durability standpoint, but it limits a customer’s crank options. As a frame manufacturer I don’t want to have to talk someone into buying one of my bikes while at the same time talking them out of a crank they might want to use.

“My production manager and I were talking about all the challenges of PF30 one day, and thought, why don’t we just make a new standard that solves both problems? I called Jay Sycip, who runs the Cielo arm of Chris King, and we discussed the true consumer benefit of creating a threaded spec that leverages the larger bearing used in the PF30.

“We agreed that it would yield a much higher interface success rate, and more importantly, a better ride. So, this project is an attempt to solve a problem the entire bike industry is suffering from, and lead the way to a better, lasting standard.”