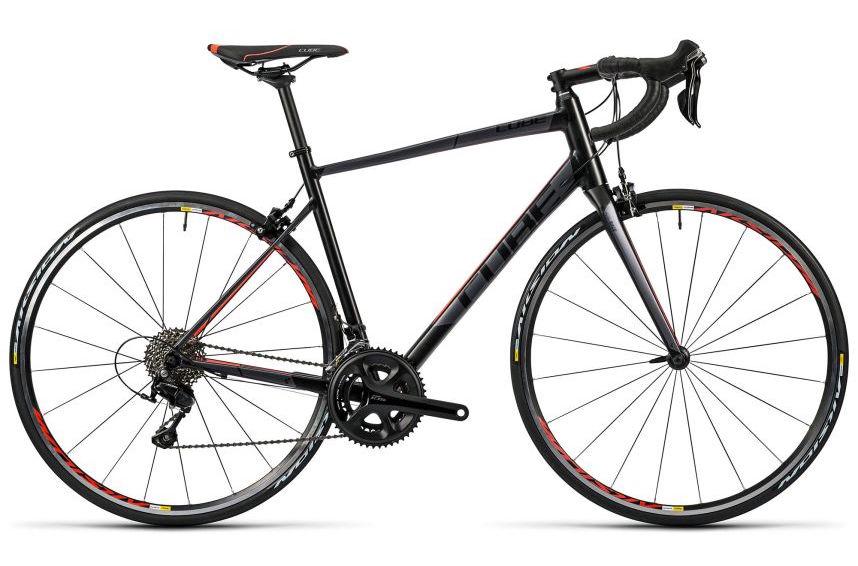 If you want to see some of the latest products from the cycling industry, then you want to get yourself over to ExCeL London on 11-14th February for the 2016 London Bike Show. To whet your appetite, here is a roundup of some of the bikes, accessories and clothing exhibitors you can expect to see.

The London Bike Show 2016: Six bikes you will want to see from Cervelo, Cannondale, Giant and more German bicycle brand Cube will be showing its 2016 range of road, mountain and e-bikes. The company will be starring the Wanty-Groupe Gobert race bike. Highlights of the new range though are the new Attain, an updated sportive/endurance model that is available at a wide range of prices, and the Agree, a new model that replaces the Peloton and is available with or without disc brakes. 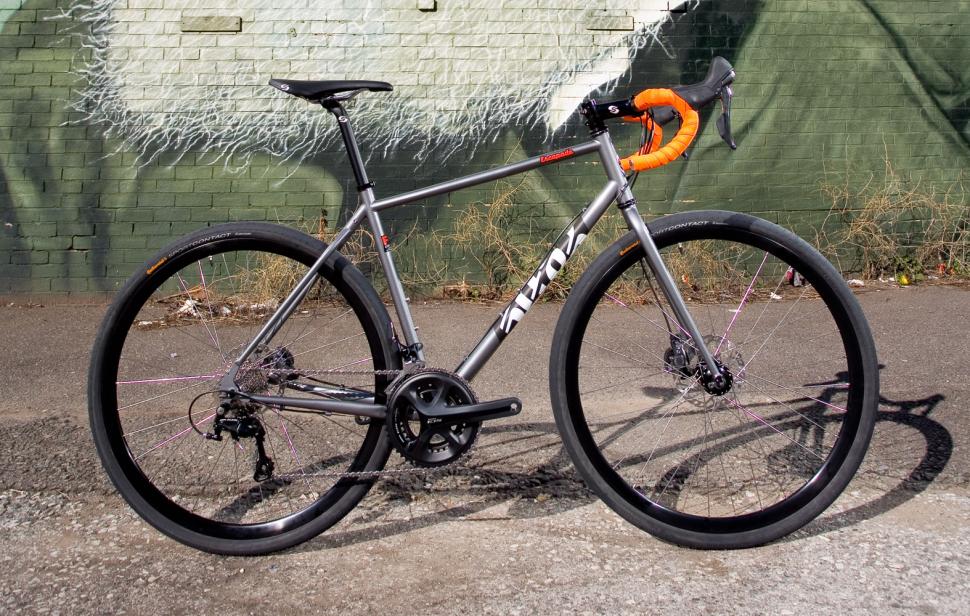 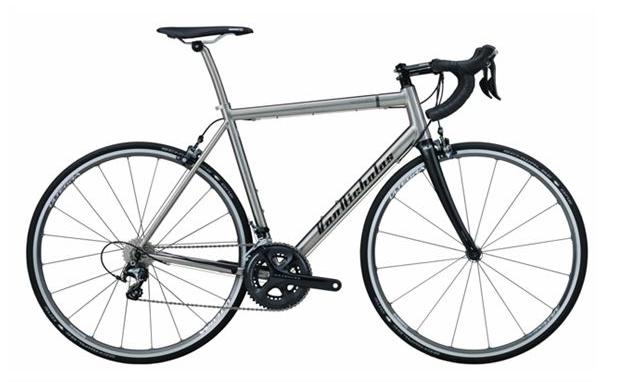 Dutch titanium specialists Van Nicholas will be at the show once again, and you’ll be able to see their very latest model, the Boreas. You might remember we told you about this bike when we spotted it at Eurobike last September. The new bike slots in between the existing Zephyr and Aquilo, offering more stiffness than the former, and more comfort than the later, with a 27.2mm seatpost and space for 28mm tyres. This small-wheeled bike is the Mando Footloose. It’s an electric bike with most of the drivetrain concealed inside the frame, there’s no chain or belt drive between the cranks and rear wheel. Is it black magic? 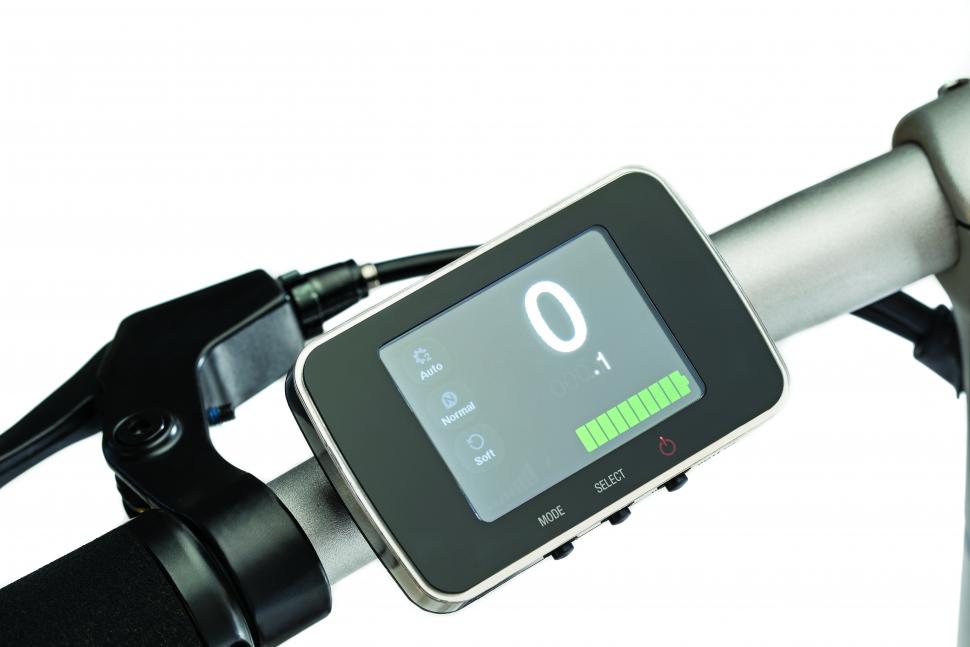 Instead of a conventional drivetrain, the cranks are connected to an alternator which is connected to the 250W motor that powers the rear wheel. This alternator also tops up the battery when you’re pedalling to provide an extra 30km range, with a reported range of 60km on one charge of the battery. It tops out at 16mpg and it weighs 21kg. UK charity Krizevac Project will be there at the London Bike Show displaying its refurbished ex-Royal Bikes that it sells to buyers in the UK but also donates them to people in Malawi. Prices range from £250 to £280. You can read more in Simon’s review of the bike here. 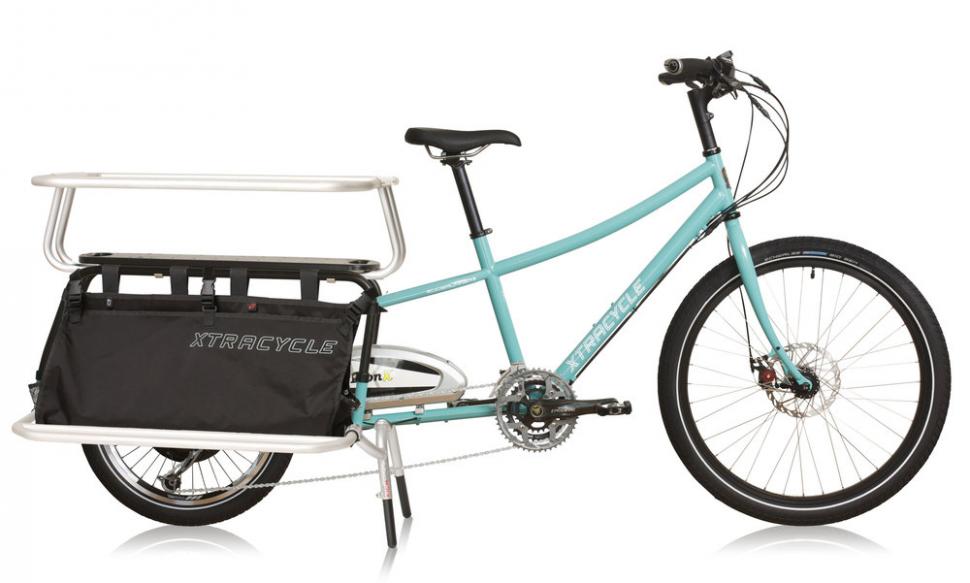 Specialising in cargo bikes, London Green Cycle will be showcasing its latest cargo bike models from some of the most well-known brands in this market, the likes of Douze, Babboe, Omnium Cargo, Xtracycle, Bullitt, Bicipace, Nihola Family and Bakfiets.

London-based clothing company Huez* will be using the London Bike Show to unveil the new limited edition Moon Rider Gilet. It gets this name on account of the reflective fabric that has been used in its construction. The reflective technology is applied to a mesh which promises good breathability and a comfortable fit. It’s also has a ‘quick burst zip technology’ so you can whip it off easily, and it’s wind- and waterproof. Huez* will also be using the show to launch its new 24 hour Alpe d’Huez charity challenge. The company will attempt to ride up teh iconic climb on a Santander hire bike, hiring the bikes from London’s Angel docking station, getting down to France to ride the climb, and back to London, all in 24-hours. That’s quite a mission, and it’s hoped it’ll raise £50,000 for Stroke Association and The National Brain Appeal. 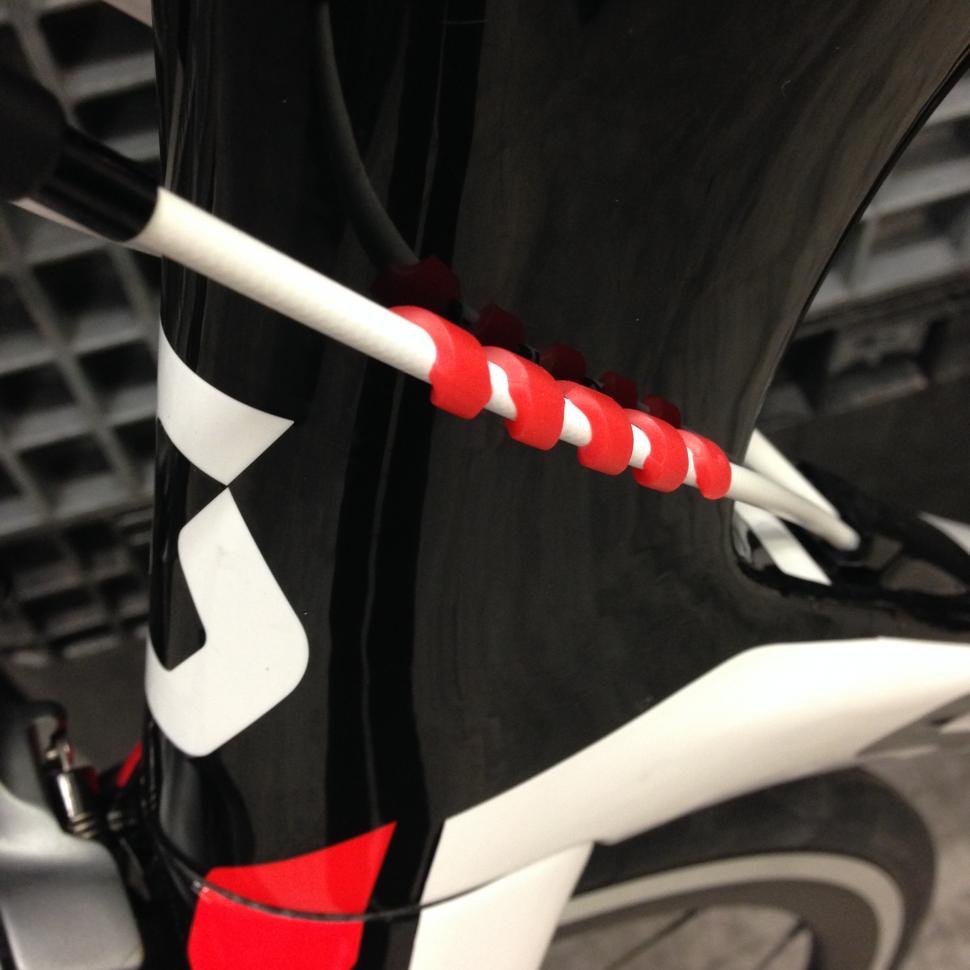 Cables are the unsung heroes of a road bike. You never notice them until they stop working, or worse still snap. Fibrax tells us it has developed new cables that are so smooth they outperform Shimano’s own cables. They haven’t used a coating, so there’s nothing to wear away. We’re intrigued, adn we’ll be paying them a visit at the show.

Repaint your bike with Spray.Bike

Fancy treating your bike to a new lick of paint? Spray.Bike is a new product that has been developed specifically for the person that wants to freshen up their bike. The company reckons its product is unlike regular metal spray paint like the sort you can get from the car department at Halfords, and offers the advantage of not dripping or dribbling when applied.

The spray paint has been developed over the last two years and is the result of a collaboration between Brick Land Bikes and Vicious Cycles Athens and Cosmos Lac in Greece.

56 colours are available to choose from and the company says a single 400ml can will do one bicycle frame and fork with a single coat. The paint keeps for up to 10 years. 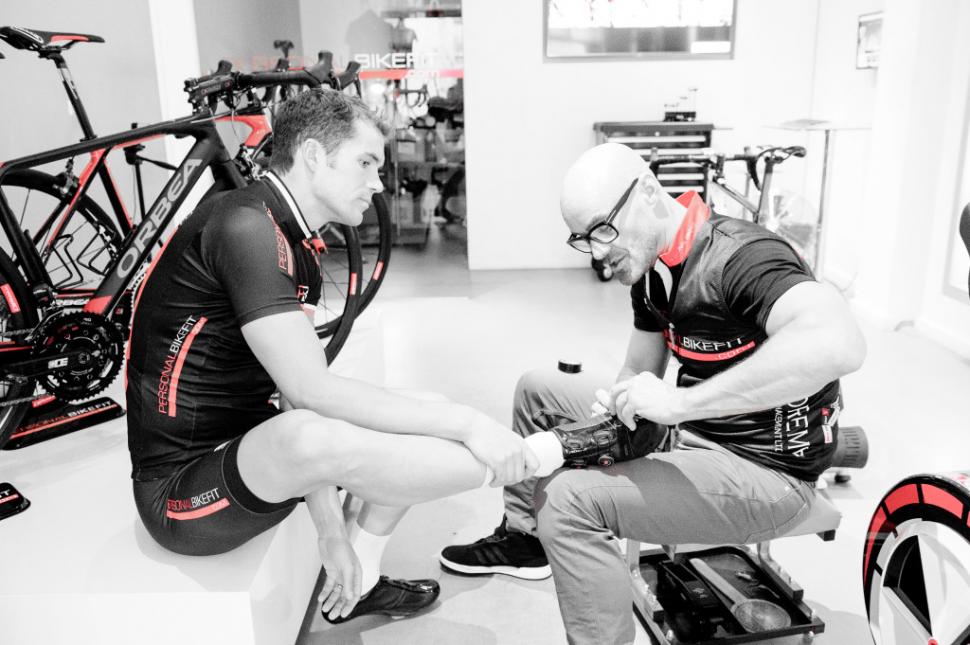 Bike fitting services are big business these days, and Personal Bikefit is riding this way of demand. The London-based company offers bike fitting, biomechanics, pedalling analysis, cleat position adjustment, and all the key metrics to define bike fit. A 3-hour appointment costs £240. Personal Bikefit can also supply a bespoke bike building service, and will be displaying some of its latest builds at the show. 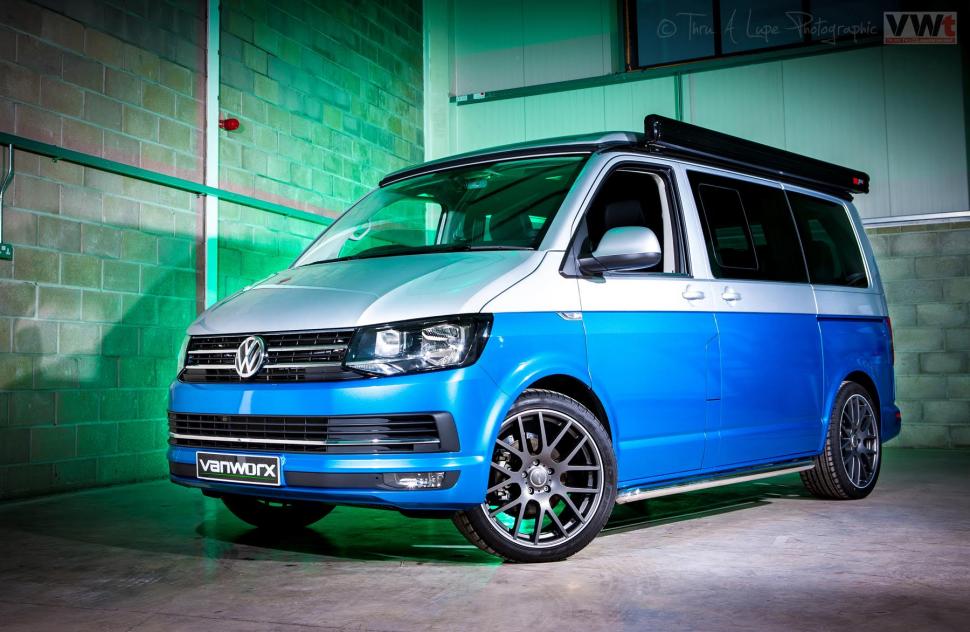 IF you want to take your bicycle on a road trip, then there are few better ways to do it than in a camper van. Vanworx is a company that specialises in modified camper vans and will be exhibiting a selection of modified Volkswagen T6 Campers and Kombis. 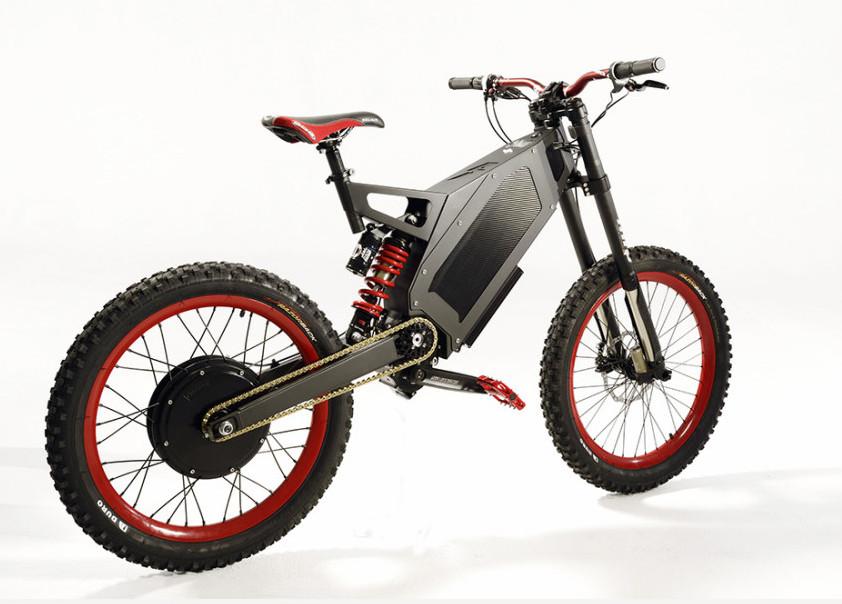 With motor-assisted bicycles in the headlines, there’s a lot more buzz surrounding e-bikes at the moment. Most have a restricted top speed, but not the amusingly named B-52 Bomber and F37-Fighter from Stealth Bikes: they’re able to clock 50mph. Lumo will showcase its new London Collective clothing range which features jackets and backpacks with integrated LED lights, designed as you might guess to provide increased visibility on the city streets when riding home from work. 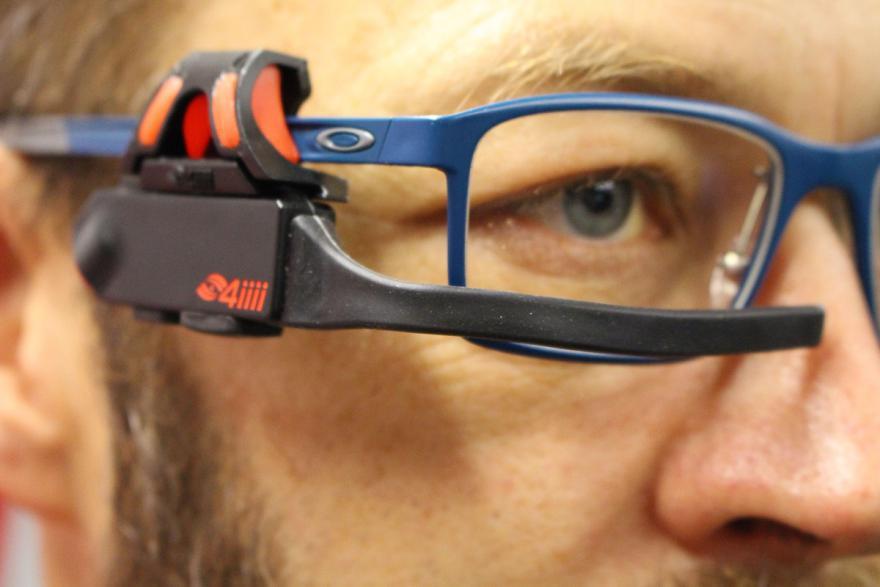 The London Bike Show will be the first time you'll be able to see the nifty new Sportiiiis  heads-up display from Canada’s 4iiii. It clips right onto any glasses and provides key training data as you ride. 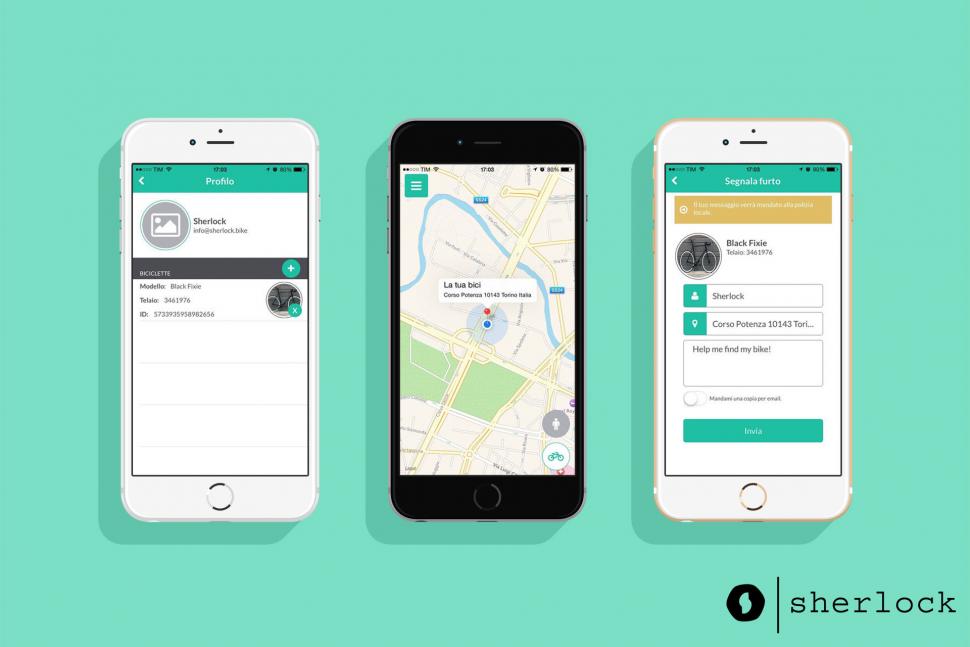 Anti-theft is a big concern for many cyclists, so this new invisible GPS device looks really interesting. It’s called the Sherlock and it connects to a smartphone app that can track your bike in real-time, so you always know where it is, useful if it’s not where you left it. The device fits inside the bicycle frame or handlebars. The device also acts as an identifier, so if the bike is stolen ,the police can use the company’s database to get the stolen bike back to its owner. Carbon fibre wheels continue to improve. Wheel brand EDCO will be displaying a new range of rims, which feature update profiles and an improvement in braking performance. Key to the company’s range, they tell us, is the Aerosport series which comes in at £1,995 and, in the Gesero model, combine a 65mm tall rim with a u-shaped 26.5mm wide cross-section. u-shaped 26.5mm wide cross-section.

The EDCO range is pretty comprehensive however and prices start from £549 if you’re looking for something a little more affordable.

More previews from the show soon. Tickets and opening times can be found at the www.thelondonbikeshow.co.uk website