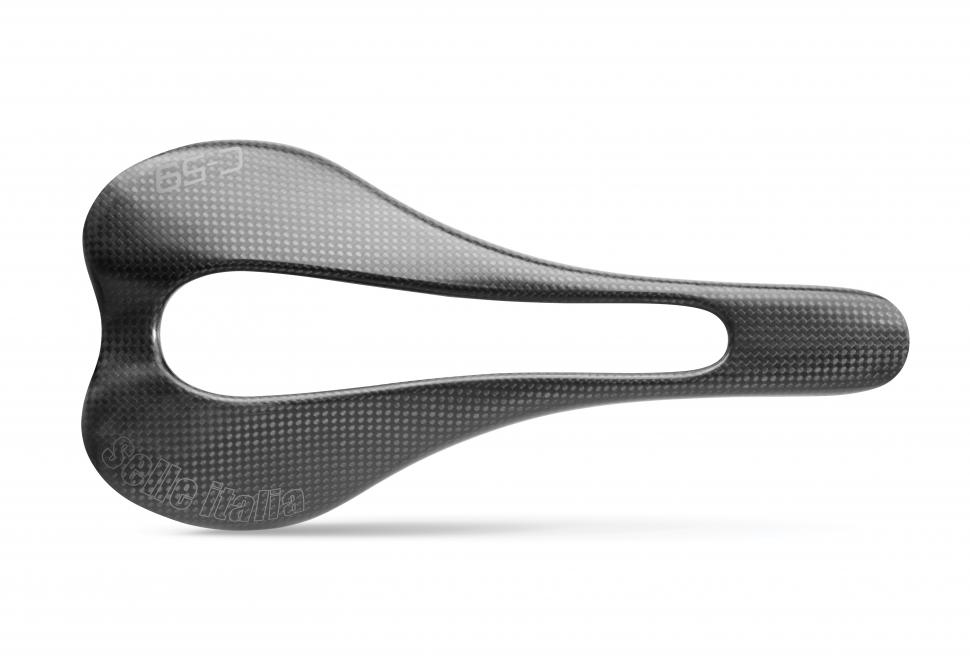 Is this the lightest saddle in the world? Selle Italia unveils 63g SRL C59 carbon saddle

Italian saddle specialist Selle Italia has sent us details of its new range for 2017, and jumping immediately out of the press release is the bold claim that its new SRL C59 is one of the lightest saddles in the world.

- Buyer's guide to cycling saddles + 11 of the best

The company tells us it weighs 63g. That’s light. Very light. To give some perspective, it’s about the same weight as a pocketful of pound coins (6.6 of them to be precise). But it costs a lot more than that. Quite a bit more in fact.

We do love a good claim here at road.cc and lightweight saddles seem to get the weight weenies a bit excited. Oddly, some cyclists will happily sacrifice seated comfort if it means they can save a morsel of weight. And 63g is impressively light - most reasonably lightweight racing saddles come in at about the 100g mark, such as the 96g Selle Italia SLR Tekno road.cc tested last year. The fancy Fabric ALM Ultimate? That’s 153g, positively obese compared to the SRL C59.

How does Selle Italia make it so light? It’s entirely made from carbon fibre, naturally, being handmade in Italy with a design and construction that has apparently been inspired by “hi-tech aeronautics”. The low weight is also helped by the massive hole cut out of the middle, which as well as reducing the weight will reduce pressure on your soft bits. And it has eschewed any padding, so you’d better hope the shape suits you.

But is it the lightest money can buy? We’ve racked our brains and spent a couple of minutes diligently searching Google, and it certainly appears to be up there with the lightest. One company well known for its penchant for minimal mass is AX-Lightness. It's Phoenix is a full carbon model, but at 65g it’s not even close.

So it looks like Selle Italia could be right in its bold claim that its new SRL C59 saddle is one of the lightest saddles in the world. Unless you know of a lighter saddle that we’ve missed? Do let us know in the comments section.

The new saddle is part of a collection that has been produced to celebrate the company’s 120th birthday. Selle Italia says that since the creation of its first saddle, it has advanced alongside the development of the bicycle and follows the needs of those who love to ride.