Will 2017 be remembered as the year the professional peloton made the transition to disc brakes? Far too soon to know that, but following Tom Boonen’s winning debut on a disc-equipped bike last month, the Cannondale-Drapac team has revealed it will make a full switch to disc brakes for the Ruta del Sol WorldTour race, which starts today.

The team has been seen training on disc-equipped Cannondale SuperSix Evo race bikes through the winter, but it has hit the first races of the year on regular rim brake bikes. That’s because the team has devised a “disc brake” plan for the season.

This plan includes several races throughout the year but when we asked the team it was unwilling to reveal exactly which races these will be. The team does say that in those races the entire team will be riding disc brakes, not just several riders. There’s much speculation that cobbled races like Paris-Roubaix would be nature races to debut disc brakes. 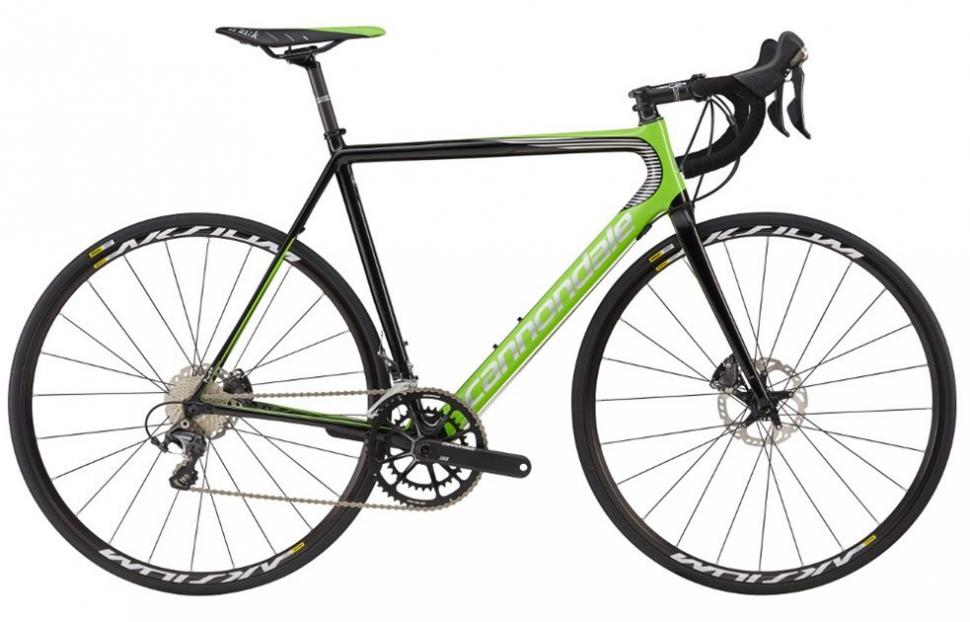 Not the actual team bike but it's pretty close

We’ve already seen disc brakes being used this year by the Quick-Step Floors team, with star riders Tom Boonen and Marcel Kittel each choosing to ride disc brake bikes in the races they’ve competed in so far. That the entire team hasn’t switched over to disc brakes could be that they’re still trialling disc brakes and looking for feedback before the whole team makes the switch. Boonen and Kittel have both done rather well it has to be added, winning several sprint stages between them.

“Cannondale and Slipstream Sports came up with a disc-brake plan for the season, which includes different bike races throughout the year,” said Cannondale-Drapac sport director Andreas Klier. “In all of those races we will use disc brakes for the entire team, not just several riders. We are looking forward to use this year’s Vuelta a Andalucia as our debut race. We are keen to enjoy its advantages and together with Cannondale, we will use the riders’ feedback for upcoming disc brake race events.”

Cannondale has released this short video showing the bikes the team will be racing.