Hide the credit card, Italian bicycle brand Wilier has given its latest Cento10Air race bike a historic makeover, reimagining it with the unique ramato mirrored copper finish it first used on a steel racing bicycle in the 1940s. This isn’t the first time Wilier has rolled out a special edition bike. Back in 2016, to celebrate its 110th anniversary, it produced the Superleggera Ramato, a traditional steel racing bicycle with a glorious mirrored copper finish that it first used during the 1940s and came to be a signature colour.

-  Check this out: Wilier Superleggera Ramato

The polished copper effect is produced by mirror-polishing and then fully chroming the steel frame, followed by painting with a special translucent lacquer. They obviously can’t do this with a carbon frame, but it looks like they have managed to faithfully replicate the finish using paint. 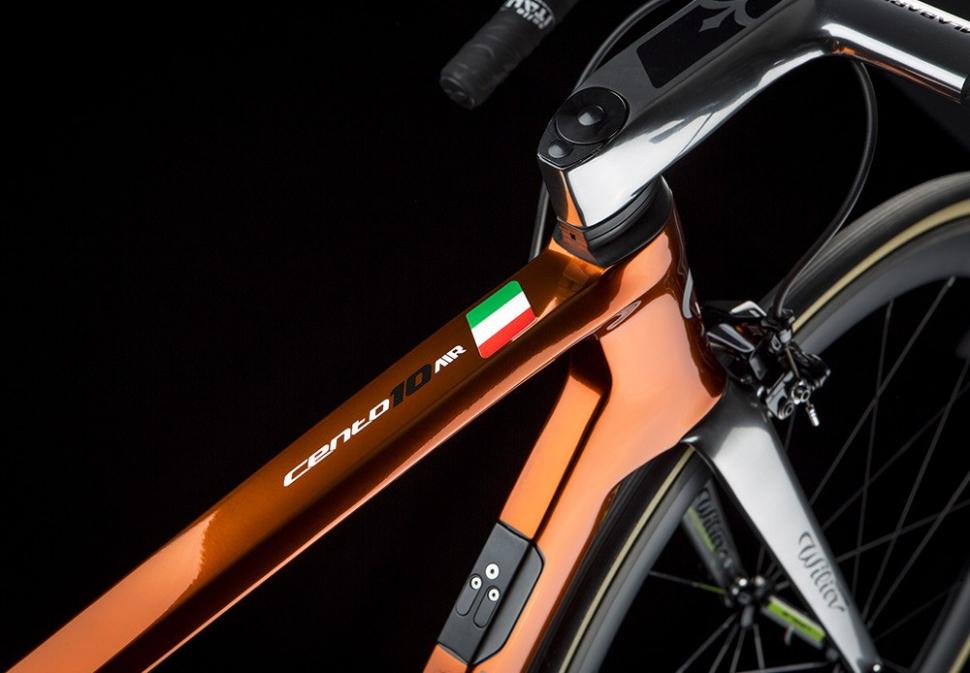 Wilier has timed the launch of this special edition bike with the 100th edition of the Giro d’Italian, and Italian sprinter Filippo Pozzato has been racing it, the more eagle-eyed readers might have already spotted this very unique looking bike. He apparently has also been using the Superleggera Ramato steel road bike for getting around on between the team bus and sign on and coffee shops before stages. 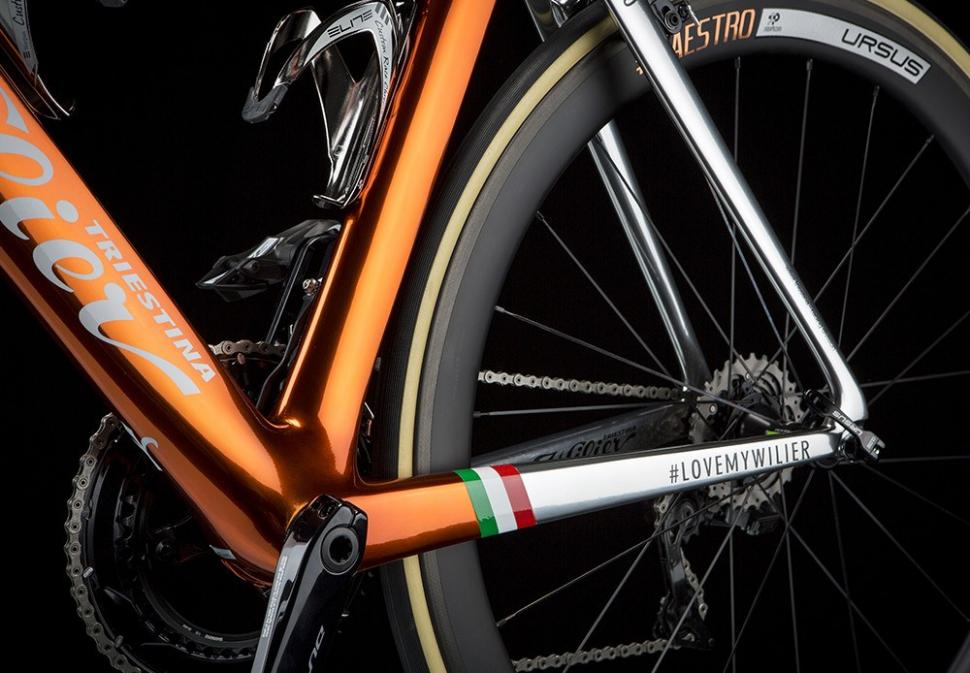 In an effort to reduce drag, the gear cables are routed through the steerer tube from the handlebar into the frame, with a clever bit of packaging around the steerer tube, which has flattened sides to provide enough space for the cables. A special headset top cap directs the cables into the head tube, and the outer cable housing terminates a short way down the down tube, where Wilier has integrated a front But in this ramato finish, it looks divine. What do you think?