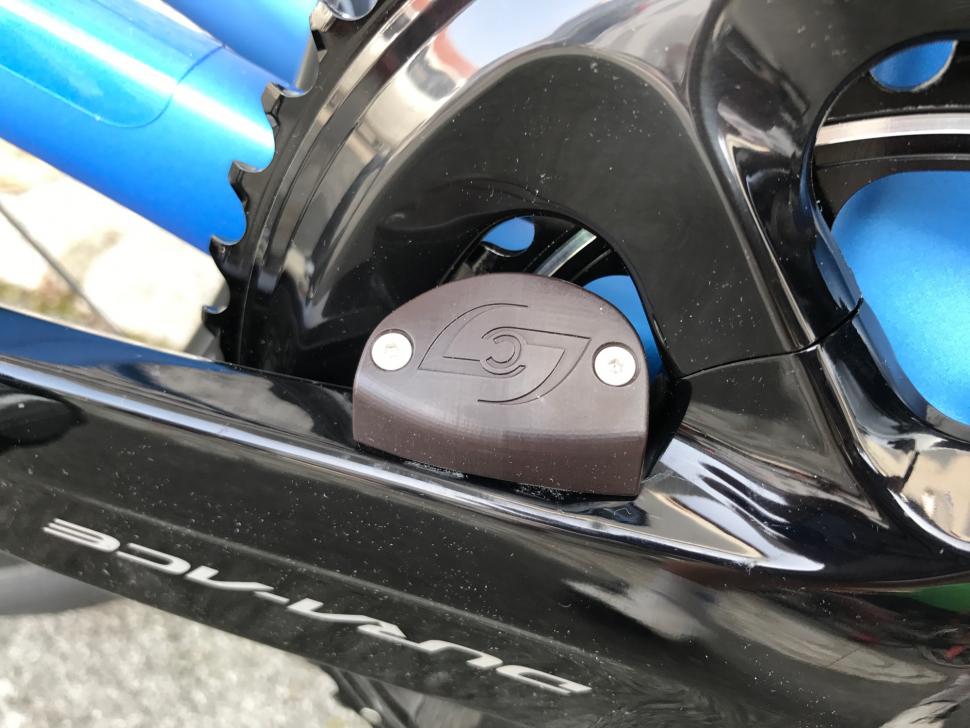 Stages Cycling has announced the launch of a Power LR dual-sided power meter to sit in its range alongside the existing single-sided units.

Up until now Stages crank-based power meters measured only the left (non-driveside), doubling the result to give your total power. A single-sided system assumes each of your legs put out the same level of power; it won’t account for any imbalance. Team Sky has been using the Power LR alongside its single-sided units since January 2015, mainly with riders like Ian Stannard who has had issues with leg imbalance. The team has also used the dual-sided power meter with Sergio Henao during his recovery from a serious knee injury.

Stages is keen to emphasise, though, that it is fully committed to its single-sided system.

“Stages Power LR  gives you a technically more accurate power number but it doesn’t negate the value of a left only system,” said Stages Marketing Director Matt Pacocha. “Team Sky has not found marginal gains for training via the individual left-right metrics, nor do they seek to alter a rider’s individual balance.

“Stages Power LR expands our line and keeps us on the path of our original goal of providing power for every rider. While we don’t think every rider needs this meter, those recovering from injury and those looking for independent left-right accuracy will not find a better tool.”

In other words, Stages is very happy to sell you a dual sided system – of course it is – but believes that its single-sided system works well for most people in most circumstances. Stages points out that achieving a 50:50 left:right split is not the goal of using a dual-sided power meter. You could just bring down the power of your stronger leg to achieve that! It’s the overall power value that’s most important.

The driveside pod obviously can’t be added to the crank in exactly the same position as on the non-driveside because the chainrings are in the way, so Stages has had to make an adjustment there. It's still fairly inconspicuous between the arms of the spider.

The Stages Power LR meter works with the Stages’ own Dash head unit or with third party ANT+ or Bluetooth Smart compatible cycling computer. Stages claims to measure power within +/-2% accuracy of total measurement at 100w/90rpm. This takes into account the stacked tolerances of the two separate sensors.

I’ve had the chance to use the Power LR system on a couple of rides in Switzerland/Austria over the past two days (I’m in Europe ahead of this week’s Eurobike). You can have your current left: right balance displayed onscreen as your ride along with the average for the ride as a whole, for the current lap, and so on. I’ve not yet had the chance to download that data and check it out on the Stages Link cloud-based platform yet. That's potentially more valuable.

The price of that Stages Dash unit I mentioned is coming down in price significantly. It’ll be £279.

The Stages Dash firmware is getting an update next week and one of the most interesting features is a new compliance score that tells you how accurately you have followed a training session. If you’ve warmed up correctly (your average power is close to what’s prescribed) and you hit your interval targets (judged by the extent to which you stick within the suggested zone), you’ll get a high score (the ratings are 1 to 10). If you slack off or can’t hit your targets – uh-oh! The idea is to give you feedback on how well you’re executing workouts.