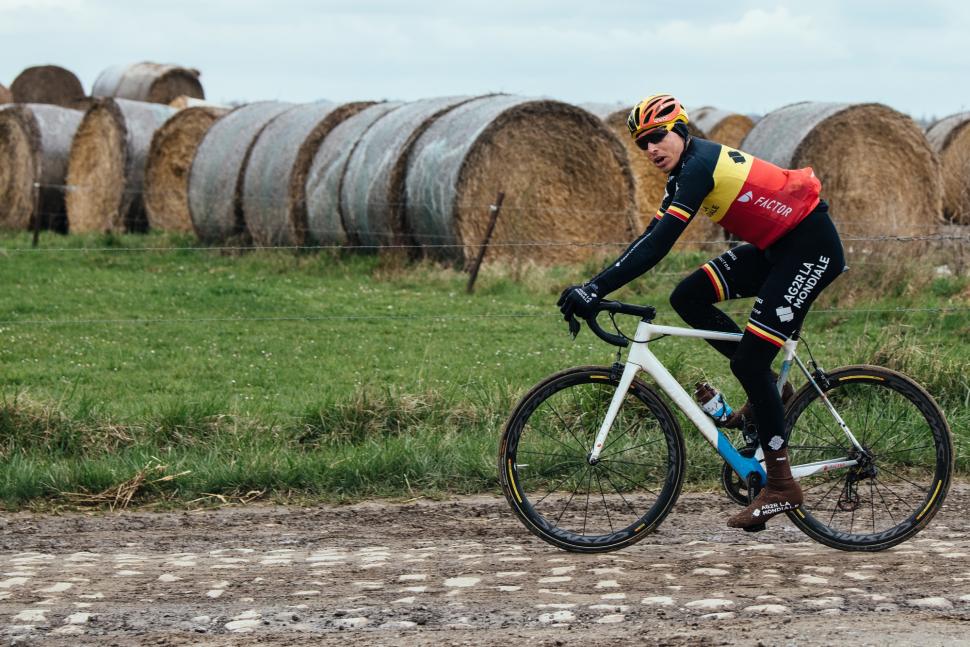 French team bikes get new finish for Hell of the North, a collaboration with David Millar's CHPT3 brand – and there's a chance to win CHPT3 kit!
by Mat Brett

Four members of AG2R La Mondiale will ride Factor O2 bikes in a CHPT3-designed finish at Paris–Roubaix on Sunday.

CHPT3 is the brand set up by multiple Grand Tour stage winner David Millar when he retired from racing, best known for its apparel that’s made in partnership with Castelli.

In David Millar’s last season of racing he made it to the velodrome for the first time in his career, rode around it and sat down for a post-ride drink, only to be told by his wife that in order to finish the race he had to get back on his bike and do one more lap – hence the name. “The OneMoreLap design represents for us a mentality of going to the next level, no matter how empty you might be,” says David. “It’s a feeling only a few races actually capture, namely the Tour de France and Paris–Roubaix. This collaboration with Factor is a reminder to each rider that he always has one more lap inside of him. 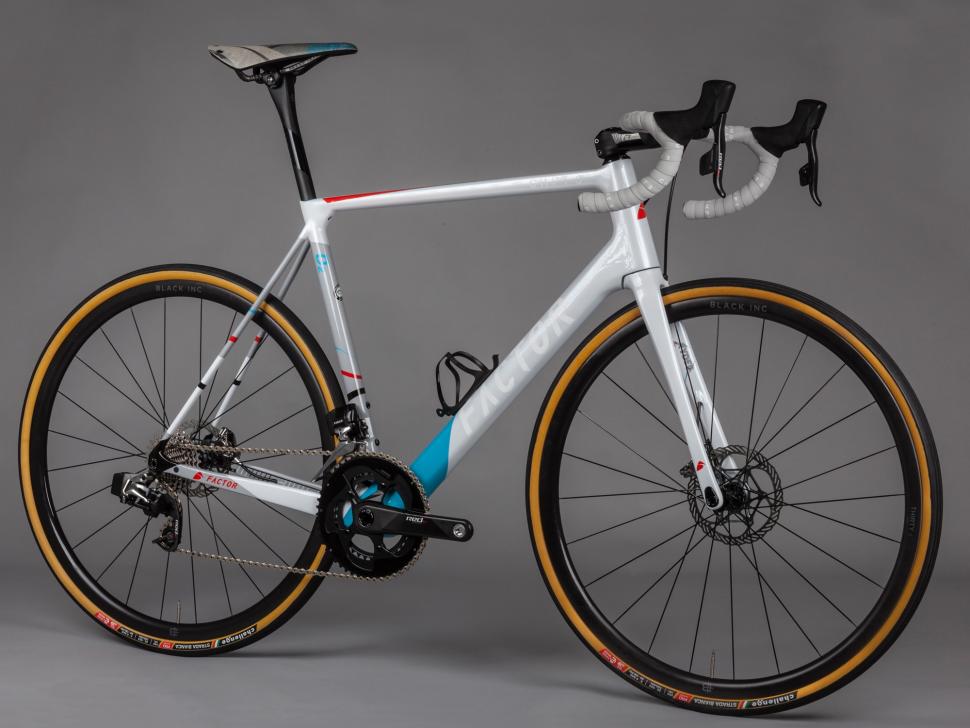 AG2R La Mondiale riders will be riding the rim brake version, but both rim brake and disc brake models are available to buy.

“I’ve had quite a long relationship with Factor because of Baden [Cooke, former pro rider, now part owner of Factor Bikes]. He’s an old friend. I liked the idea of working with a brand that was starting from scratch because that’s always the most exciting.” 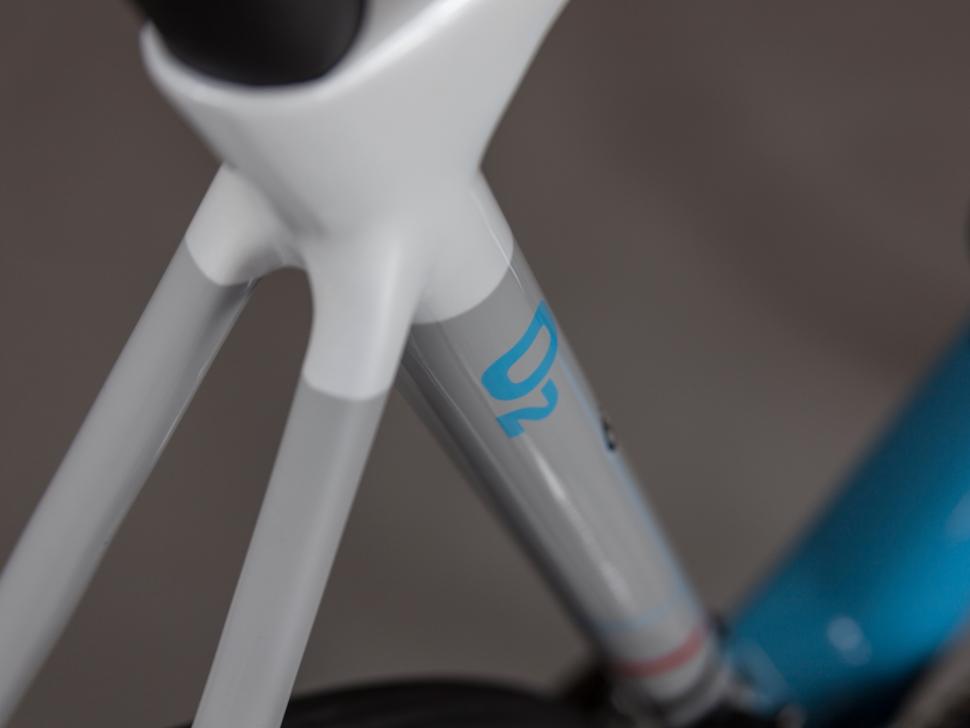 Baden Cooke had met Rob Gitelis, an ex-pro racer from the US who had been in living in Taiwan for over 20 years and was a specialist carbon manufacturer. He owned the factory where Cervelo and many other big brands had their bikes made, and had decided it was time to make his own branded bikes. Baden and Rob joined forces, bought British company Factor and developed things from there.

Get the full story on that over at chpt3.com. 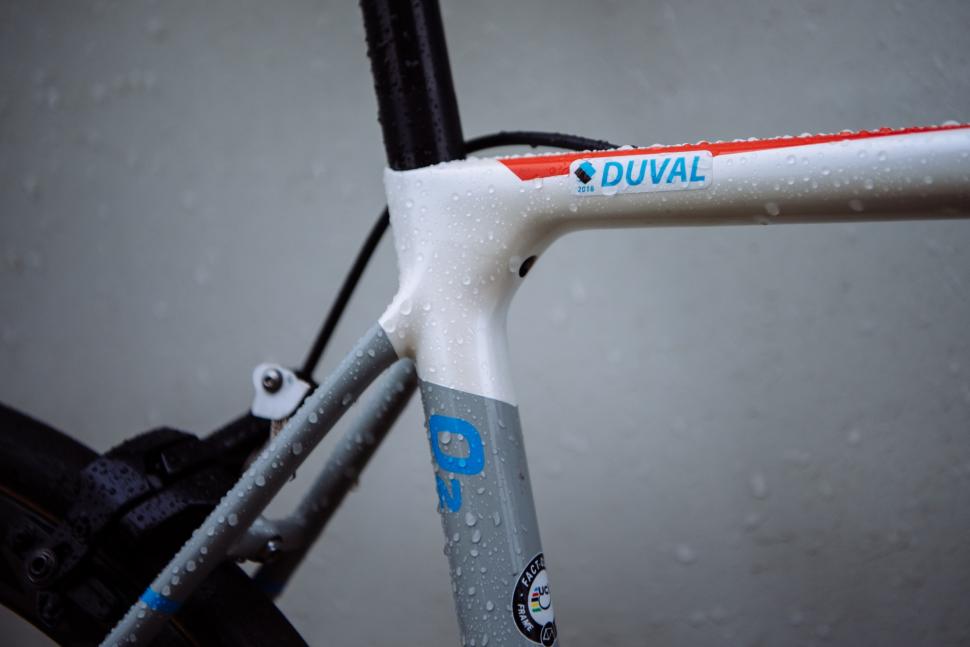 “The collaboration started off as a limited edition for the CHPT3/Factor One bike but we got on well and I wanted to do something else a little bit different using a Factor O2. Rob Gitelis suggested using the OneMoreLap design because it’s such a beautiful, iconic design with a great story. That was about a year ago but they hadn’t been put into production until now. 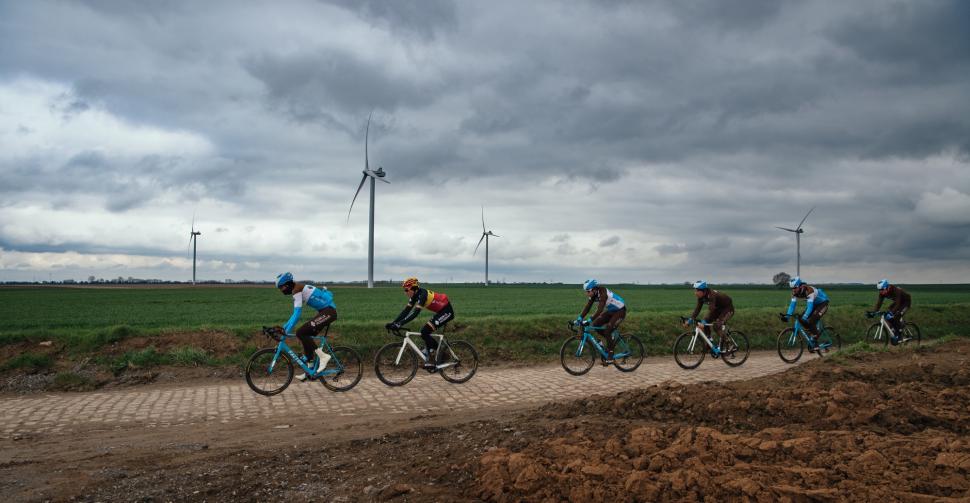 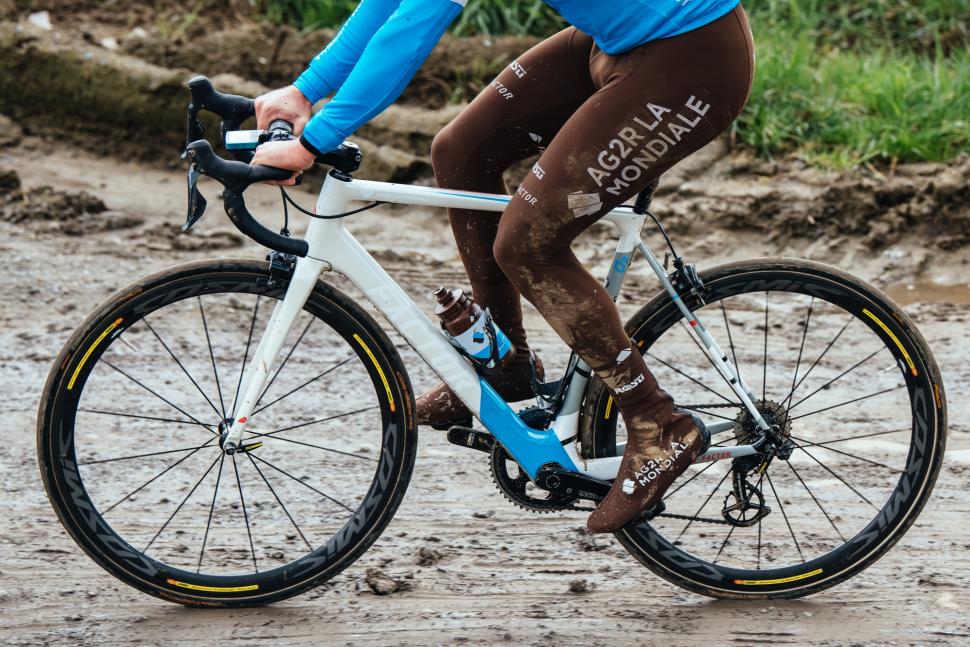 This is the first time that CHPT3’s work will make an appearance in the pro peloton. As a celebration, the brand is offering a giveaway of CHPT3-designed OneMoreLap kit and accessories. You have to guess this year's Paris–Roubaix 113th place finisher (David Millar’s positions in 2014) – not here, you have to enter over at www.chpt3.com/pages/oml-giveaway.

The Factor O2 X CHPT3 rolling frameset (with wheels) is available for £4,000 through Factor dealers or at www.chpt3.com.

1
Conor McGregor knocked off his bike... and gets a lift home off the driver who hit him
2
167 cyclists – and just four drivers – fined in police crackdown during Tour Down Under
3
Fancy a 3D-printed saddle custom-made for your butt? Plus more tech news from DT Swiss, Giant, 3T, Chris King, Classified, Stages & more
4
Cyclist hit by truck driver has compensation cut after judge says lack of helmet contributed to injuries
5
Councillor calls for anti-bike barriers to prevent “dangerous” cyclists “zooming across” foot tunnel
6
Town council says “restrictive” RideLondon sportive not wanted – because locals “can’t get out of their own road”
7
“Cyclists welcome – just in the right place”: Coastal path upgrades set to be shelved over concerns about environmental impact and “speedy cyclists”
8
Motorist arrested after two cyclists killed in suspected hit-and-run