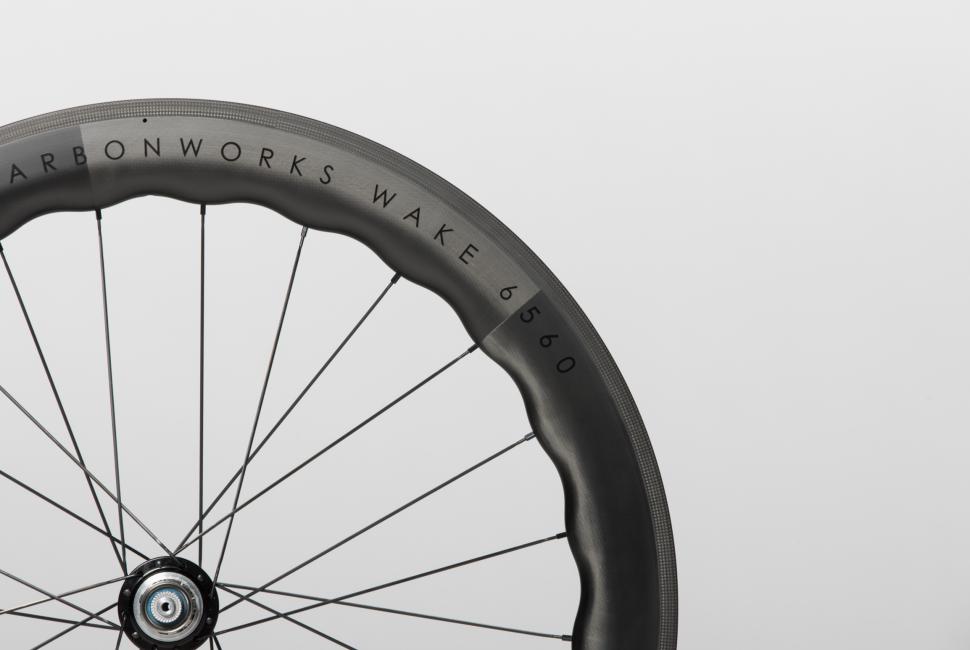 Princeton CarbonWorks is a young US wheel brand that has just arrived in the UK with some very unusual wheels, so here’s a closer look at what makes them special. 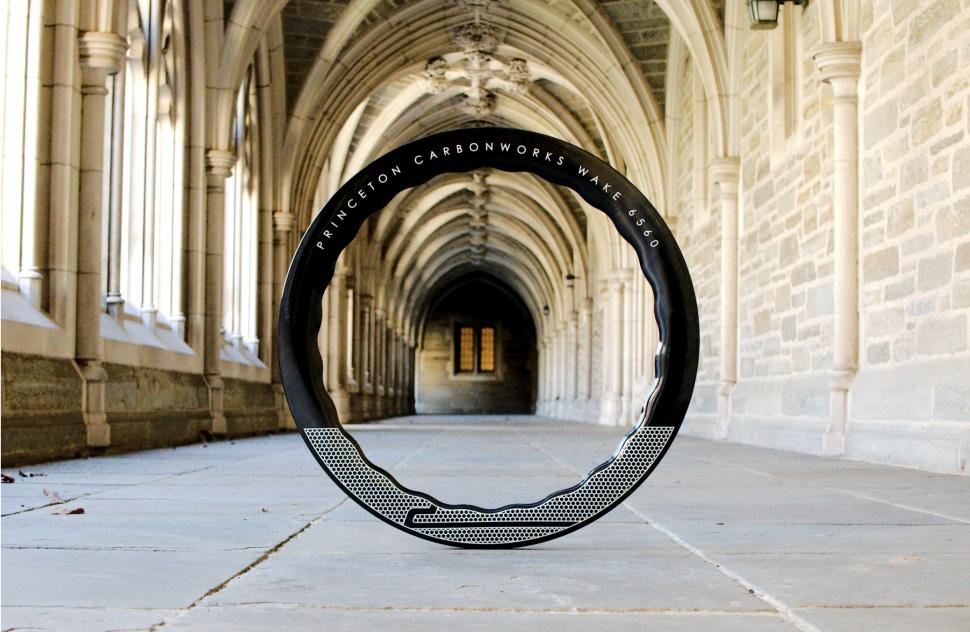 You’ll no doubt have spotted the standout feature of these wheels already. The rim design uses an alternating wave rim depth that gives, according to the company, benefits of a deeper section rim but the better stability of a shallower rim.

The company currently offers just two wheelsets: the Wake 6560 for road and Grit 4540 for gravel. Let’s start with the Wake wheels. They use a rim profile that alternates in depth from 60 to 65mm with “24 sinusoidal oscillations”. Need a moment to Google that? To save you the effort, it's an electrical term to describe a waveform profile. In layman’s terms, the rims have 24 humps where they measure 65mm tall. 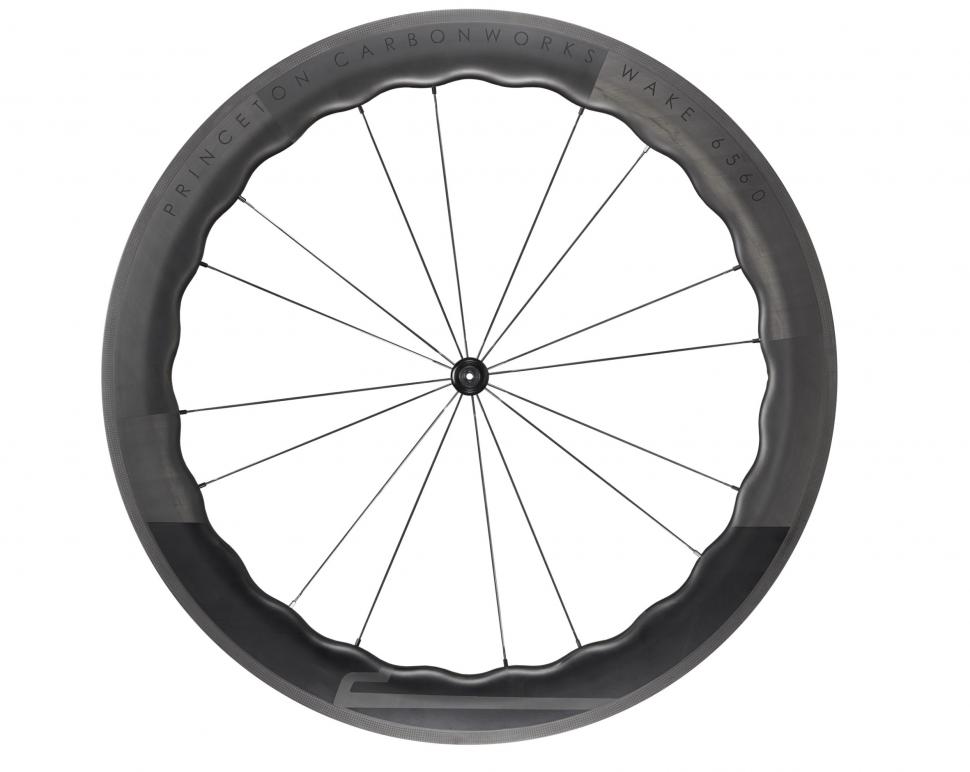 Princeton claims these 24 sinusoidal oscillations provide structural and aerodynamic benefits. On the aero front, it says that because the trailing edge is continuously changing it reduces buffeting which leads to a more aerodynamic wheel with improved stability.

Here are some results from wind tunnel testing that the company conducted. The A2 Wind Tunnel in North Carolina is a popular one with the bike industry, and Princeton used it to test its new wheels against the Zipp 858, 404 and 454 wheelsets, and the HED Jet 9+ and Jet 6+ wheelsets.

The results show a claimed lowest overall drag figure for the Princeton wheels (PCW), with the Zipp 858 and the HED Jet 9+ the closest rivals. Interestingly, the results show Zipp’s 404 produces less drag than the supposedly superior Zipp 454.

It is, though, a pretty small sample set. How the Princeton wheels compare to the many other aero wheels on the market remains to be seen – and it's worth pointing out that a manufacturer's aero figures invariably show their own products to perform best (or at least best for the price).

Looking closer at the data, the Princeton wheels appear to produce less drag than the rivals at lower yaw angles (the apparent wind direction) – 0-5° – although other wheels produce less drag at greater angles. The HED Jet 9+, for example, performs better at yaw angles of 10° and beyond. You can view more information on the wind tunnel testing here.

Princeton also makes structural benefit claims for this design. It says that the wheel is stronger because each nipple is at the highest point of the oscillation (it's positioned at the top of the hump), so less carbon fibre is needed which helps to reduce the overall weight while maintaining stiffness. It also uses a holeless rim bed which it says increases the weight and stiffness benefits, with a side benefit of being easier tubeless because no tape is needed. 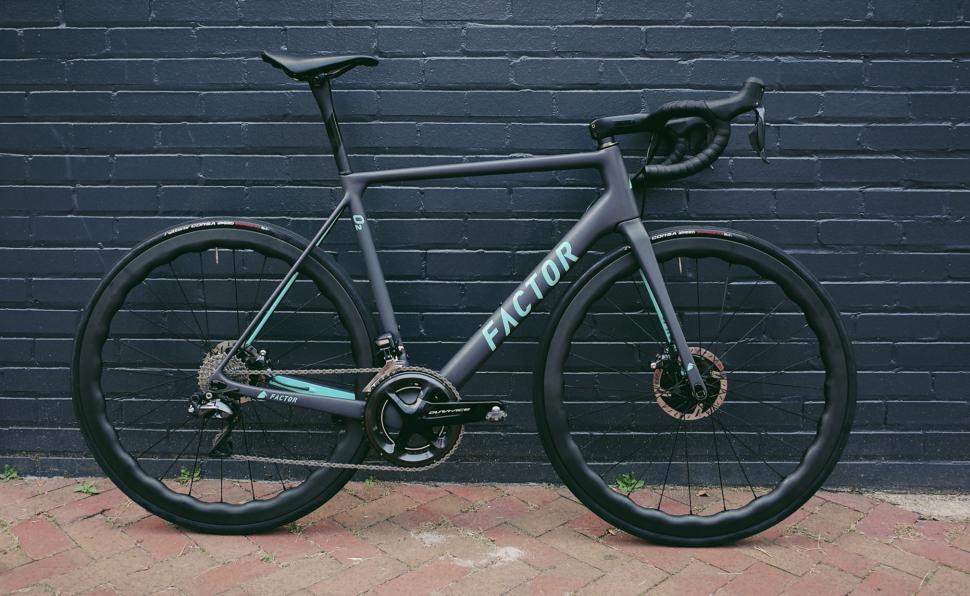 You can choose between rim and disc brake versions with a choice of White Industry or Tune hubs, with Shimano, SRAM XDR and Campagnolo freehub compatibility. In their lightest build, Tune hubs in a rim brake configuration, they weigh a claimed 1,365g.

The Grit wheels take the same design but shrink it down, with 40-45mm alternating depth rim. Meanwhile, the rim width is increased with a 21mm internal width looking good for fitting wide tyres. And to ensure they meet the demands of gravel riding, the spoke holes have been beefed up with increased carbon thickness. They are 29.9mm wide when measured externally.

Like the road wheels, they are available in rim and disc brake variants with a Tune rim brake set coming in at 1,319g and a White Industry Disc setup tickling the scales round to 1,511g.

Princeton isn’t the only company to be going down this development path. Zipp’s NSW 454 wheels launched a few years ago use a similar-looking Sawtooth rim profile that was inspired by humpback whales (no, really!). Again, the idea is to try and combine the stability of a shallow rim with the aero performance of a deep section rim. Or in other words, the best of both worlds. 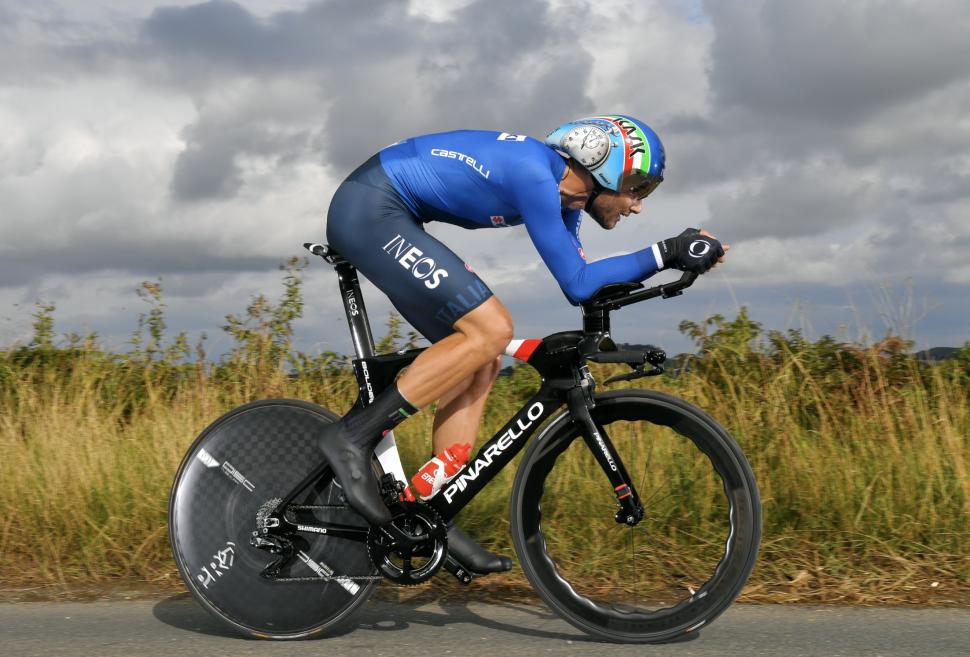 The wheels have been trialled by professionals already. Elite triathlete Cameron Wurf has been using them and Team Ineos, who proved with their use of Lightweight wheels at the Tour last year they aren’t afraid to try new wheels, used them at the time trial world champs last year.

When asked about Team Ineos using its wheels, Princeton says: "Princeton CarbonWorks endeavours to be the top performance wheel brand and will support teams and athletes with like-minded visions."

They are intriguing wheels and sound good on paper, and we will hopefully be getting some in for review so we can put all those claims above to the ultimate test.

More info at www.princetoncarbon.com and they're available from your local dealer via www.ison-distribution.com