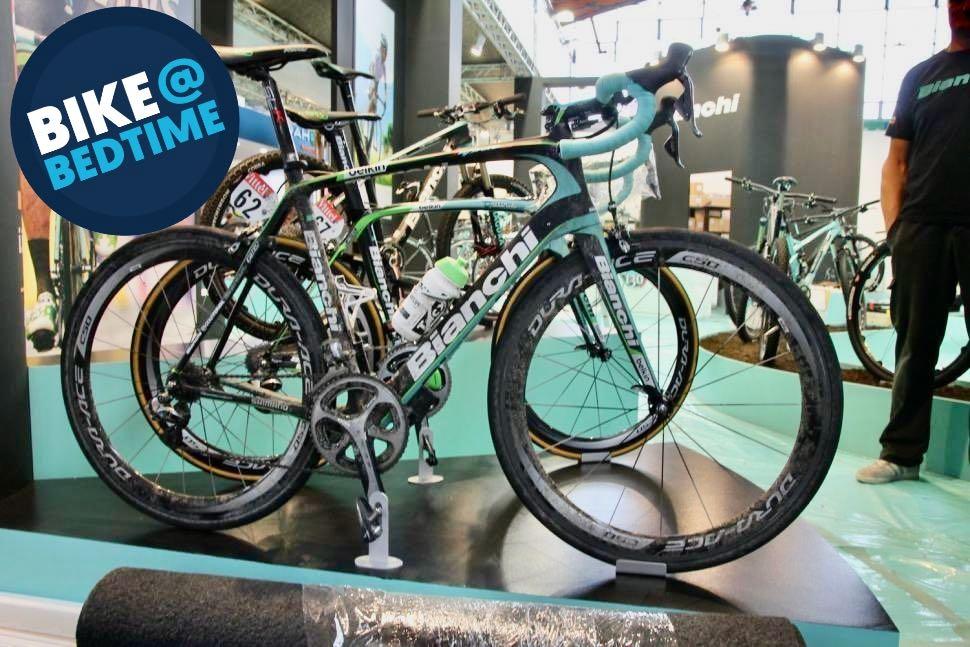 Tonight our trawl through the road.cc archive hits the pave, don't worry it won't be a bumpy ride… well, okay it'll be less bumpy than usual
by Tony Farrelly

The 2022 Tour de France riders will take on 11 sectors of pavé tomorrow (6th July) so it's a good time to look back at the bike Lars Boom rode to a stage win over the cobbles back in 2014.

August 2014: The road.cc tech team stalk the halls of the not-yet open Eurobike trade show when we’re confronted by a freshly minted piece of Tour de France history – a mud-spattered Bianchi Infinito CV that eight weeks previously had been ridden to victory by Lars Boom in what would go down as one of the great stages of that year’s race and one of the outstanding rides in modern Tour history.

Stage 5 saw the 2014 Tour tackle seven sectors of the Paris-Roubaix pavé on a day when the weather flicked back three months to test the riders with what would have been a bad day in April let alone July. Boom smashed it for Belkin on the Infinito CV - soloing off the front towards the end of the stage while behind him Nibali extended his hold on the general classification and a crash damaged Chris Froome abandoned. 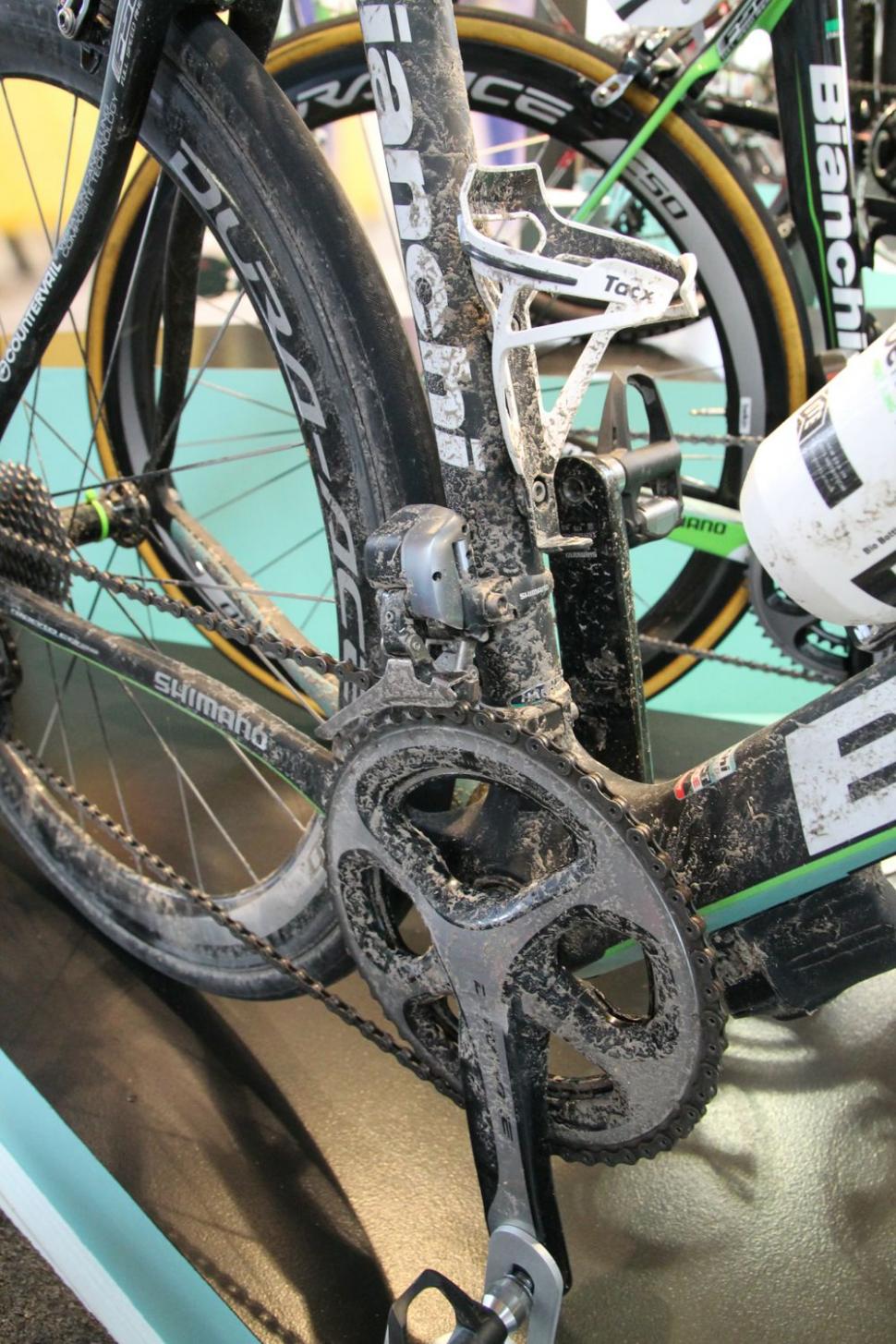 In the Infinito CV Boom had just the bike for the stage. Bianchi's fast endurance bike had been launched at Paris-Roubaix the year before and was the reigning road.cc Bike of the Year. It set the benchmark for bump-absorbing road bike tech.

There are no elastomer inserts or frame decouplers here. Instead, a viscoelastic layer incorporated in the carbon layup and some clever frame profiling combine to filter out high-frequency vibrations.

Boom would still have felt those big hits, but perhaps slightly less of each one. At the launch, we rode the Carrefour and a couple of other sections of the pavé. I was still bouncing around all over the place*, but it turned out that this was part of one of the Belgian journos’ training loops (lucky lad) and he reckoned it took something out of the hits, making for a less fatiguing ride.

Where I noticed the difference was when we turned off the pavé and onto a stretch of road from which the top layer had been scraped before resurfacing. Instead of vibrating like a drill, the Infinito just floated over it. You could barely feel a thing through the bars. Lucky Lars. 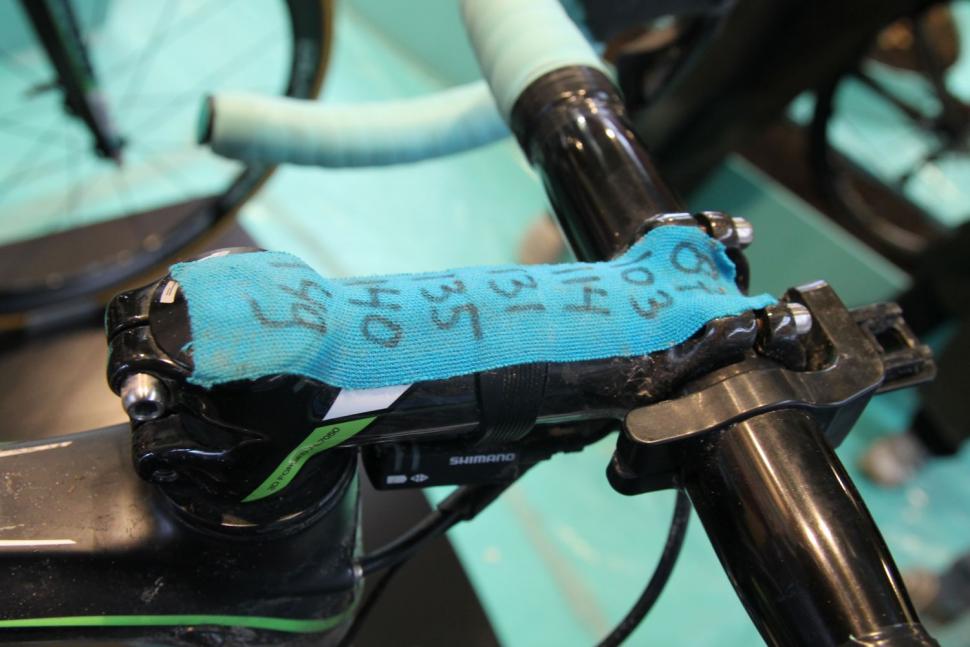 Eight weeks later here was his bike still covered in Roubaix grit and grime, the route notes still taped to the stem. Bianchi knows history when it sees it, and it helps that the next day Boom and his Belkin team were probably back on the all-out road race machine, the Bianchi Oltre XR3.

*Mat managed to ride part of it no-hands, but then again, he does spend a lot of time in hospitals.