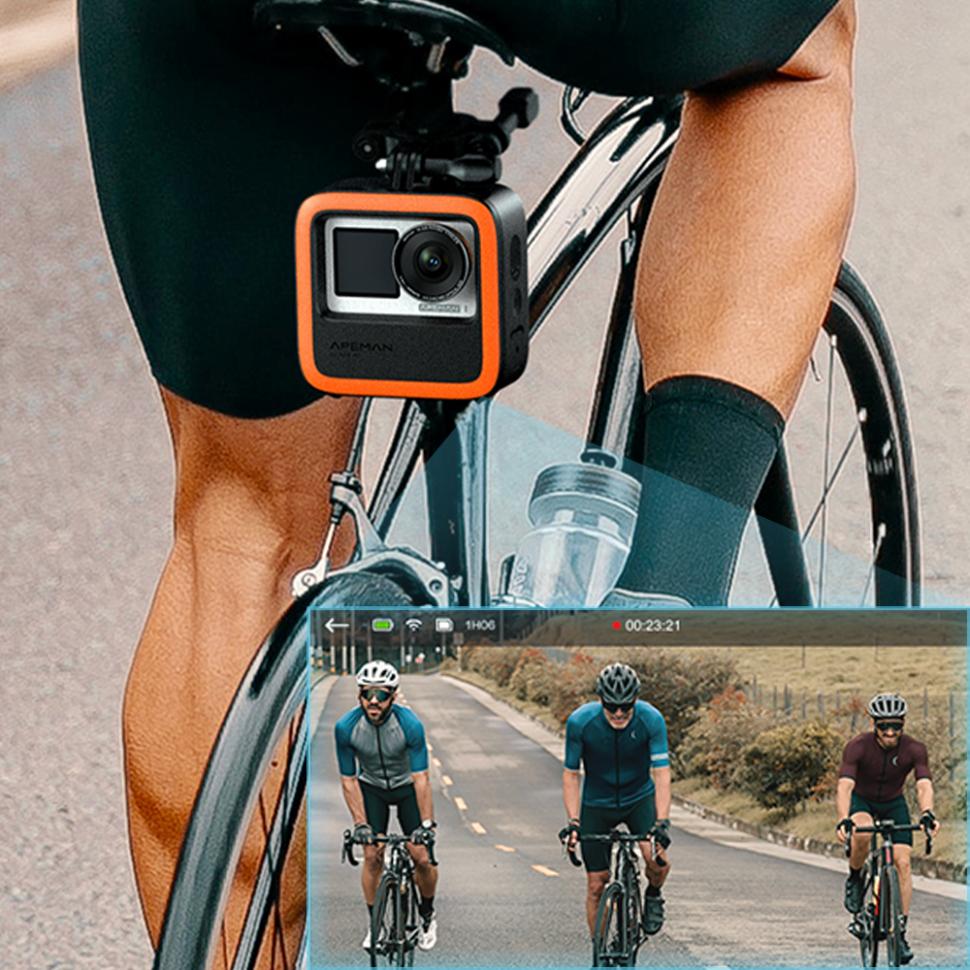 The e-mirror is designed to keep you informed on any incoming vehicles from behind, “allowing you to safely change between lanes without worry” says Apeman
by Anna Marie Hughes

Apeman has launched the Seeker all-in-one safety solution for cyclists on Kickstarter following the showcase of the device at this year’s Consumer Electronics Show (CES), already surpassing the initial crowdfunding target in just seven hours.

Apeman’s new offering aims to increase cyclists’ safety with its modular 4K action camera, a smart brake light and tail light system, 'laser bike lanes' and a live rear view function that can be paired with your smartphone... quite a lot going on, and perhaps a bit too much to be fully focussed on the road according to some of you when we first covered the launch of the device on our CES Show article. Even so, it would appear 35 backers who have so far pledged over £9,000 in total disagree, as the Seeker has already surpassed its crowdfunding target with 29 days to go. 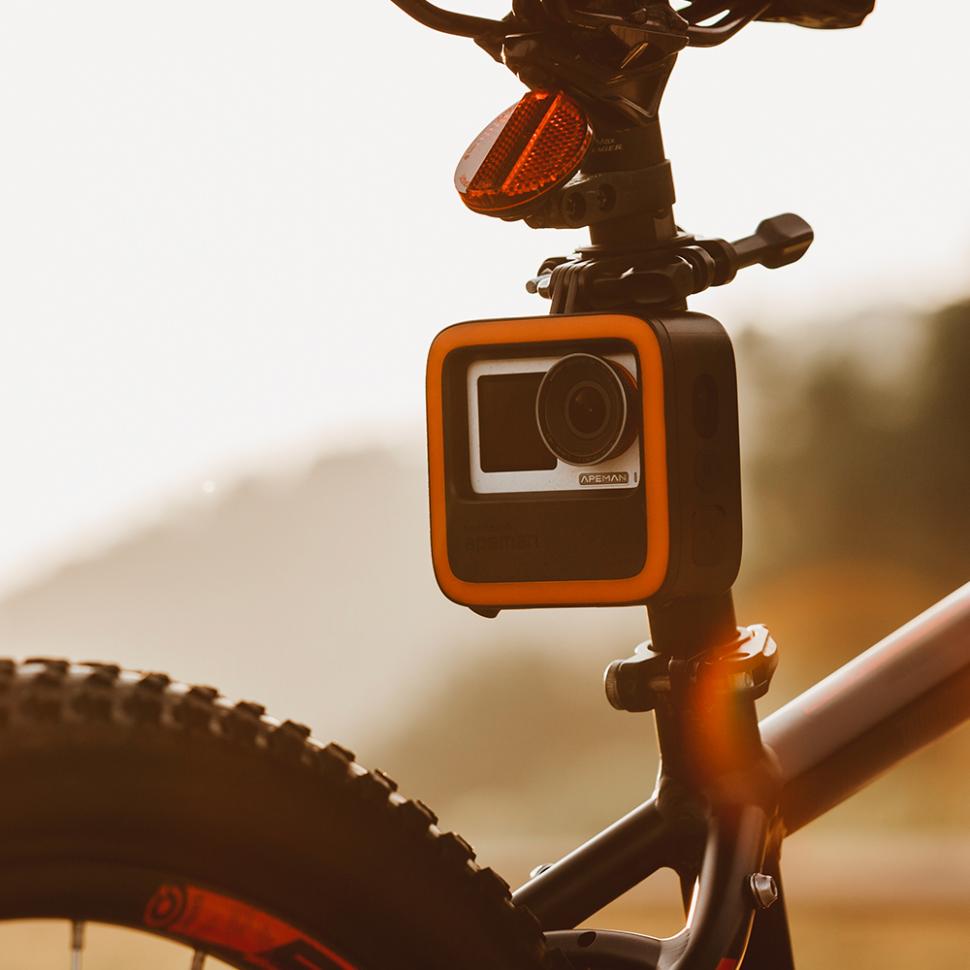 Back to the Seeker, the R1 features a ‘Rearview e-Mirror’ which has a wide angle 150 degree field of view that records (at 4k) and provides a live view of any incoming vehicles on your smartphone. 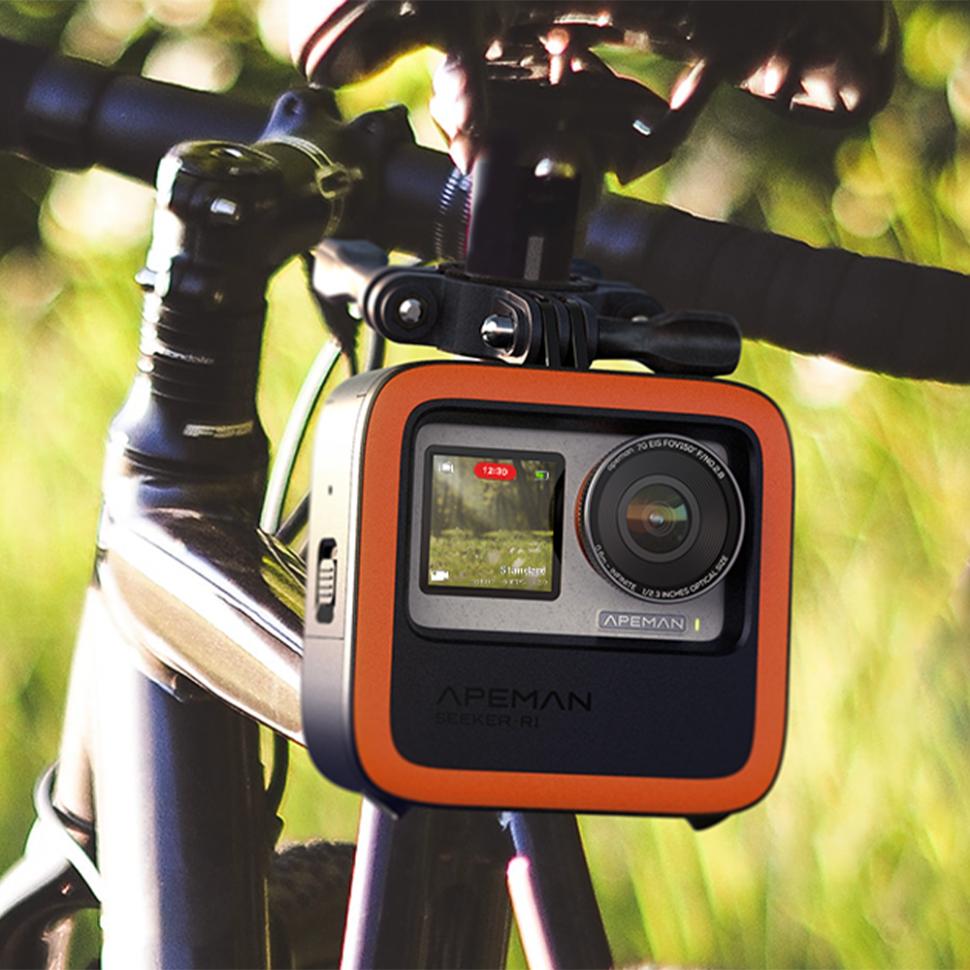 Apeman says this “can keep you informed on any incoming vehicles coming from the back, allowing you to safely change between lanes without worry”.

You’ve also got a built-in light sensor which, according to Apeman, automatically detects the ambient environment lighting and will automatically turn on in the dark or shaded areas.

The sensor can also detect when you’re slowing down. “It will enter 'warning mode' and begin flashing, signalling other motorists around you that you are slowing down, minimising rear-end accidental collisions,” Apeman claims.

The R1 also includes an anti-collision laser bike lane. “It is able to project two laser bike lanes by your side, essentially creating your very own ‘cycle-safe-zone’, warning other vehicles to keep a safe distance from you,” Apeman explains. 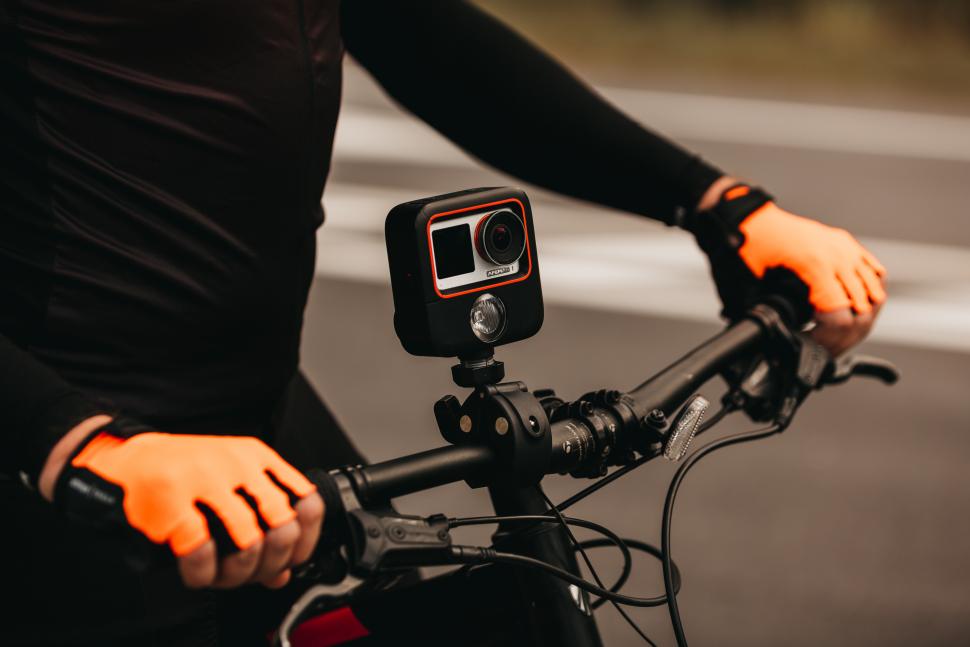 The F1 is the front-facing version of the Seeker R1, and is equipped with its own adaptive lighting headlight, also with a built-in light sensor.

The Seeker One is the modular 4K Action Camera that comes included in the R1 and F1: “Simply open the magnetic hinges and remove the Seeker One by sliding it out,” Apeman points out. “Now, it is ready to be used as a standalone action camera.” 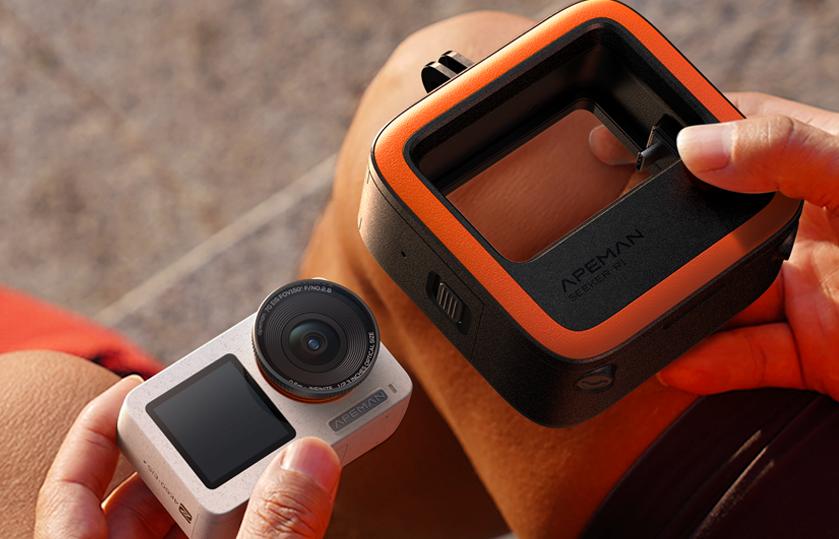 You can pair the Seeker devices with your smartphone. “Once paired, Seeker (and the app) will transform your smartphone into a live rearview mirror/digital dashboard that keeps the user informed with information such as a speedometer, distance travelled, riding duration, battery life, altitude meter and others,” Apeman details.

All the usual Kickstarter rules and regulations apply which can be found here.