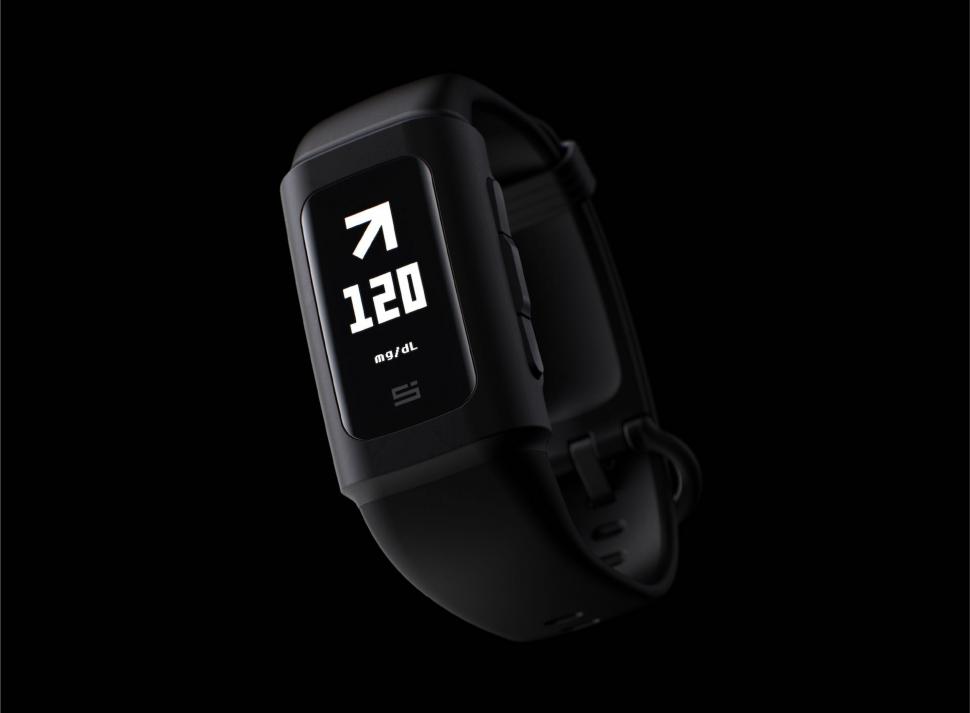 Supersapiens has announced a new wearable device called the Energy Band that, in conjunction with Abbott’s Libre Sense Glucose Sport Biosensor, can display your glucose data in real-time on your wrist or handlebar as you exercise without the need to go through a smartphone.

The existing Abbott Libre Sense glucose bio sport sensor attaches to the back of your arm and can be worn for up to 14 days. Previously, you could get the data on Supersapiens’ smartphone app on your phone, or have the app stream the info to some Garmin devices.

Supersapiens says that its Energy Band, Version Zero, “is the first and only wearable device that can read sport glucose data directly from Abbott’s Libre Sense”, communicating via Bluetooth. Other compatible devices need your smartphone to act as a data bridge.

The idea is that you can use this information to manage your fuelling while exercising to sustain high-intensity work and avoid fatigue caused by low glucose levels. You can also manage glucose levels to maximise your recovery and, Supersapiens says, ultimately achieve greater performance gains.

The Energy Band displays current glucose values along with a trend arrow. By tapping on the side you can see different stats, including your daily glucose exposure and tracking against your daily goal.

The Energy Band is said to be easy to read thanks to an eight colour LCD and is water-resistant up to 50 meters (5 ATM). It runs off a lithium-ion battery and is fully rechargeable in about three hours, although it doesn't offer watch or heart rate functions.

The Supersapiens Energy Band is available at supersapiens.com for €159 (about £137).