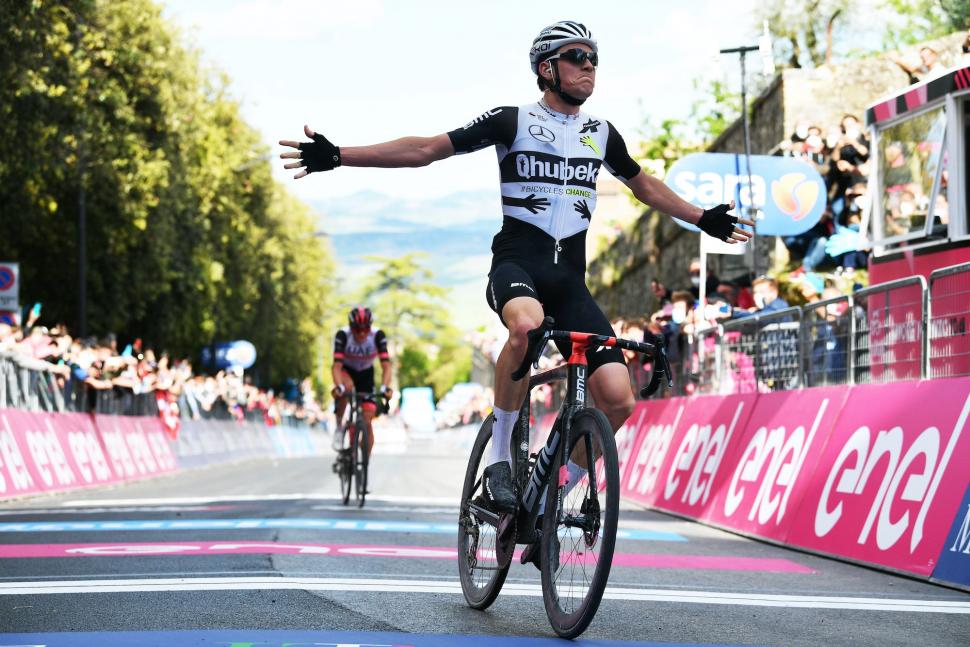 Mauro Schmid’s victory on stage 11 of the Giro d’Italia on Wednesday was a remarkable achievement for the 21-year-old rider, all the more so in that he was using a pair of 50 Carbon Aero Disc wheels from British brand Hunt that retail for just £879.

Hunt began providing Team Qhubeka Assos with wheels at the start of the current season so this is the first Grand Tour in which the brand has been represented. Obviously, Mauro Schmid has done the heavy lifting here, but we thought that Hunt – set up in West Sussex in 2015 by brothers Tom and Peter Marchment – deserved a pat on the back too. 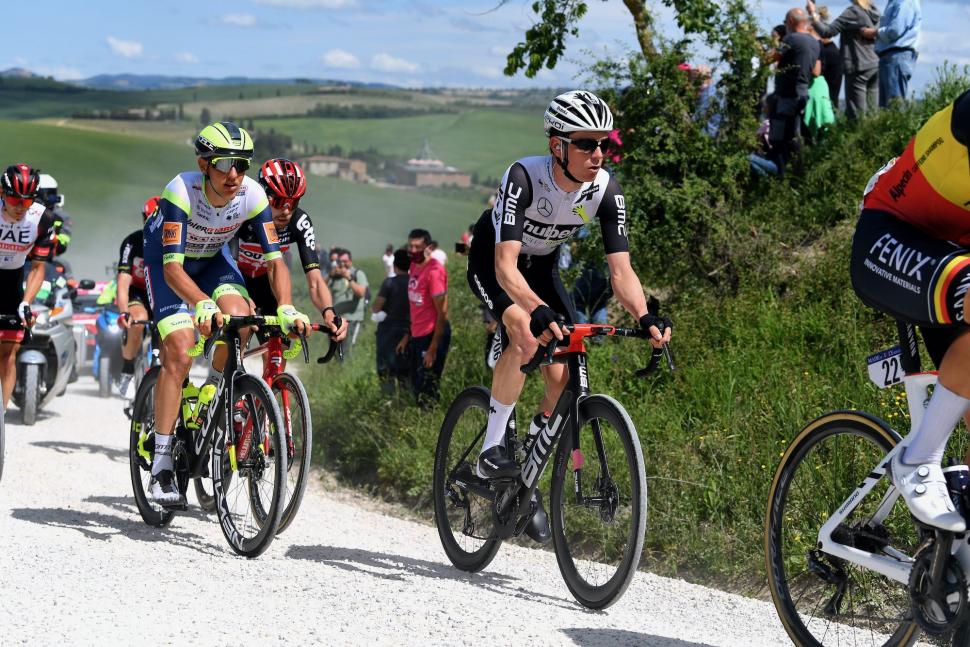 The 50 Carbon Aero Disc wheels, which Schmid was running tubeless, are by no means the top-end option in Hunt’s range. There are plenty of £1,100-£1,300 wheelsets available, including the Limitless aero range which we followed through development. In fact, as far as Hunt’s carbon wheels go, the 50 Carbon Aero Discs are closer to the bottom of the range than to the top.

Okay, for many of us £879 is still a lot of cash to lay down on a set of wheels – we realise that and it’s not as if these guys are buying them anyway – but most wheels that are ridden to Grand Tour stage victories are considerably more expensive than this. For instance, second-placed Alessandro Covi was using Campagnolo Bora WTOs. Even the non-Ultra versions are approaching £2k…Each. 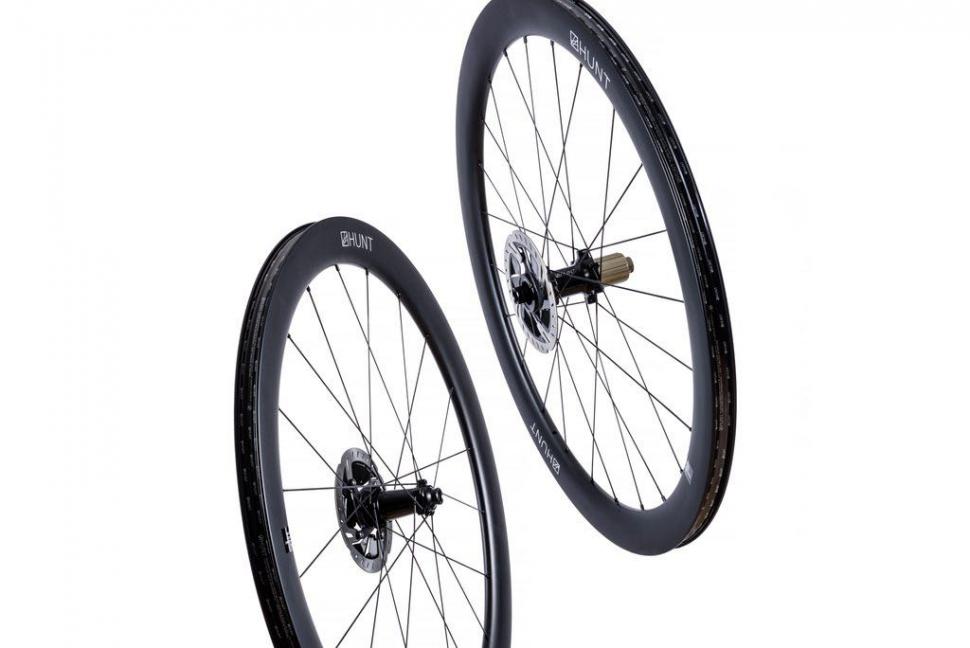 So why didn’t Schmid go for any of Hunt’s higher-end wheels?

“It’ll be down to a couple of factors,” says Hunt’s brand manager Ollie Gray. “First, as Mauro is a neo-pro, he’s pretty much last in line for the Limitless wheels the team have at the Giro.

“Also, Michael Gogl rode these to sixth at Strade Bianche, so from Mauro’s perspective they probably came with a pretty glowing reputation from one of the team’s more senior riders.”

Check out wheels of the Tour de France

“The strong yet lightweight rim features… 3K weave reinforced spoke holes for added durability,” says Hunt. “The addition of our V:Absorbe resin blends in the carbon layering, curing at a lower temperature which promotes greater resistance to impacts and damps vibration more effectively.” 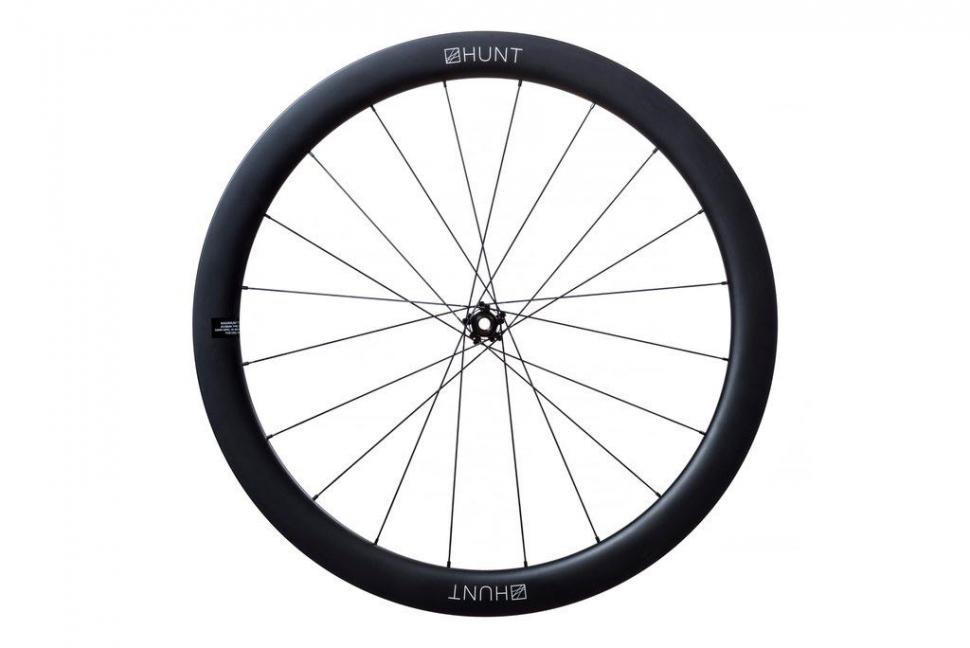 The Race Season Sprint straight-pull hubs use leaf-sprung, multi-point pawls and 48 ratchets in the hub shell, engaging in 7.5° when you start to pedal. They’re built with Pillar PSR reinforced spokes. The claimed weight for the wheelset is 1,487g.