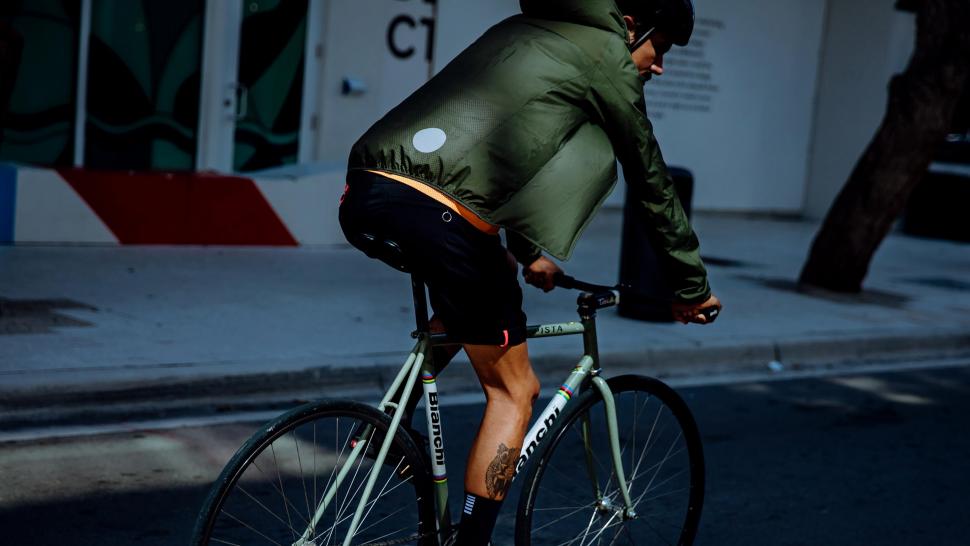 Breathability is the focus, with warm weather urban riding in mind
by Liam Cahill

The new lightweight version of Rapha’s Commuter jacket and the new reflective T-Shirt are both designed for warm-weather urban riding.

Rapha seems to be in a phase of extending its existing product lines, and they’re doing just that with the Commuter range. The British brand has just announced a new Lightweight Commuter jacket (£80) and the Commuter Reflective t-shirt (£45). Both are available in women’s and men’s specific cuts. 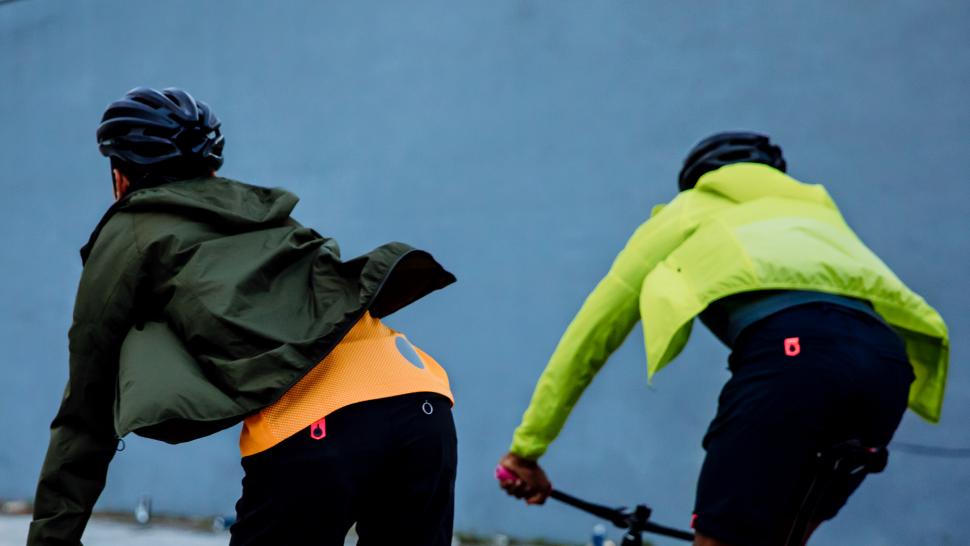 We’ve reviewed Rapha’s waterproof Commuter jacket before, and while this new lightweight version maintains windproofing, it ditches the waterproofing in place of a promised improvement in breathability. Rapha says that this makes “it perfect for riding through the city in changeable weather.”

While the standard Rapha Commuter jacket offered waterproofness, it struggled to also deliver the claimed breathability. There are no such claims with this Lightweight version. Rapha says the new fabric that is being used here focuses on breathability and it is combined “with a mesh panel over the shoulders to prevent overheating, even when you’re wearing a backpack.”

Rapha still says that the new jacket will fend off a bit of rain and they have included a “storm hood” which they say can be worn beneath your helmet should you get caught in a shower. This can then be rolled down into the collar. There is also an integrated “stuff sack” on the inside of the front pocket to help with packability. 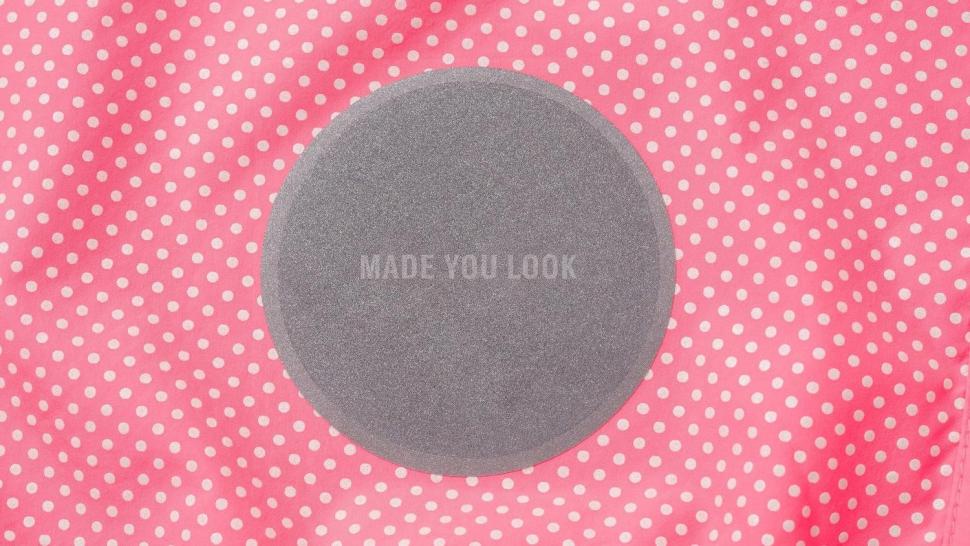 An effort has been made to increase visibility with a “commuter dot” added to the reflective "pixels" that we saw on the old jacket. These are again placed low on the rear of the jacket to make them visible when wearing a backpack. 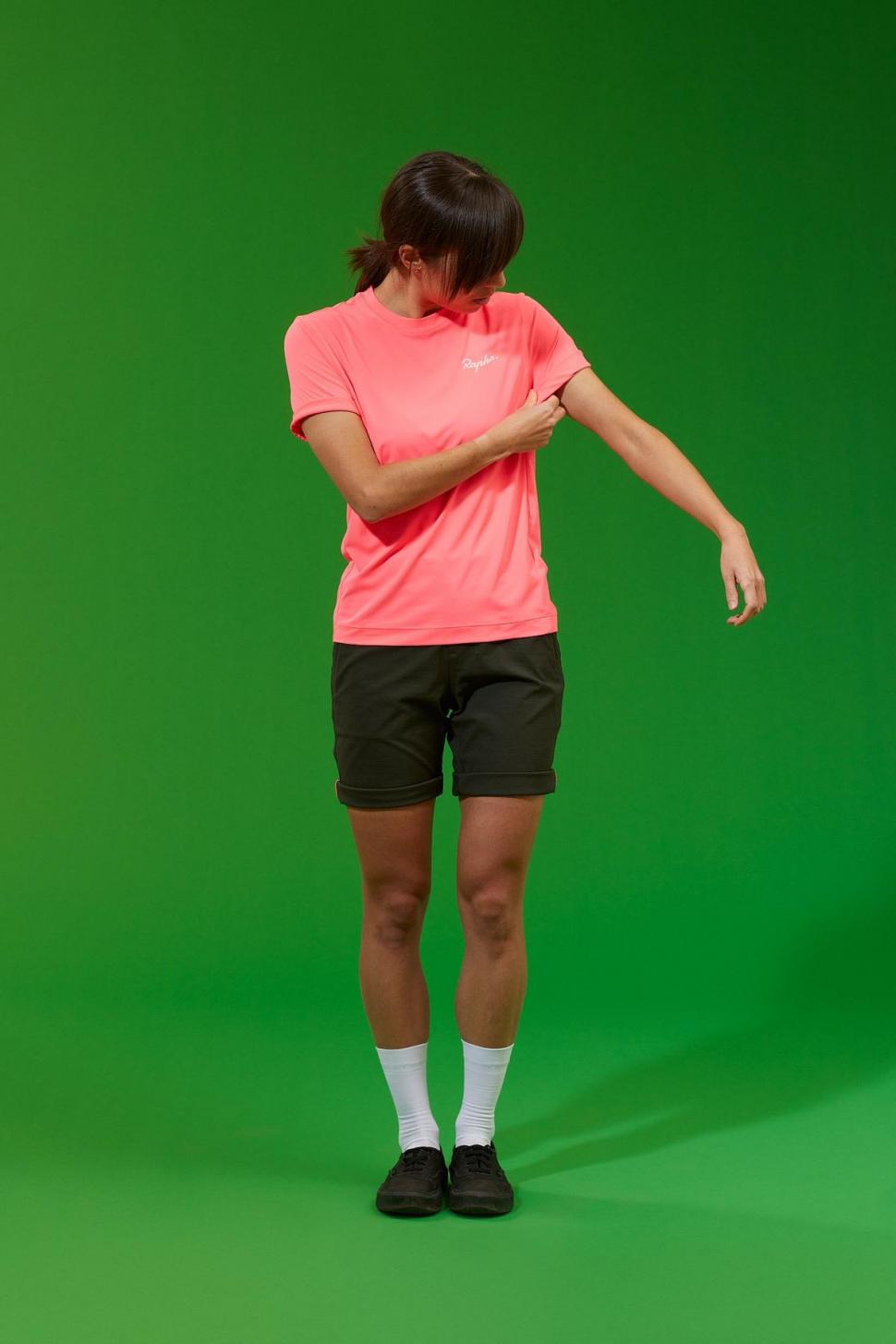 Rapha’s new Commuter Reflective T-shirt features, as the name might suggest, reflective bits and is designed, Rapha says, “for riding in warmer weather and inner-city heat.”

The same dot pattern and Commuter Dot from the Lightweight Commuter jacket can be found, again on the lower portion of the back of the t-shirt.

28 of the best 2020 waterproof cycling jackets

Rapha says that the new t-shirt is a “robust, lightweight layer designed specifically for the rigours of riding to work.”

“The t-shirt makes use of a 105gsm polyester fabric that breathes well and wicks sweat efficiently to keep you dry.” 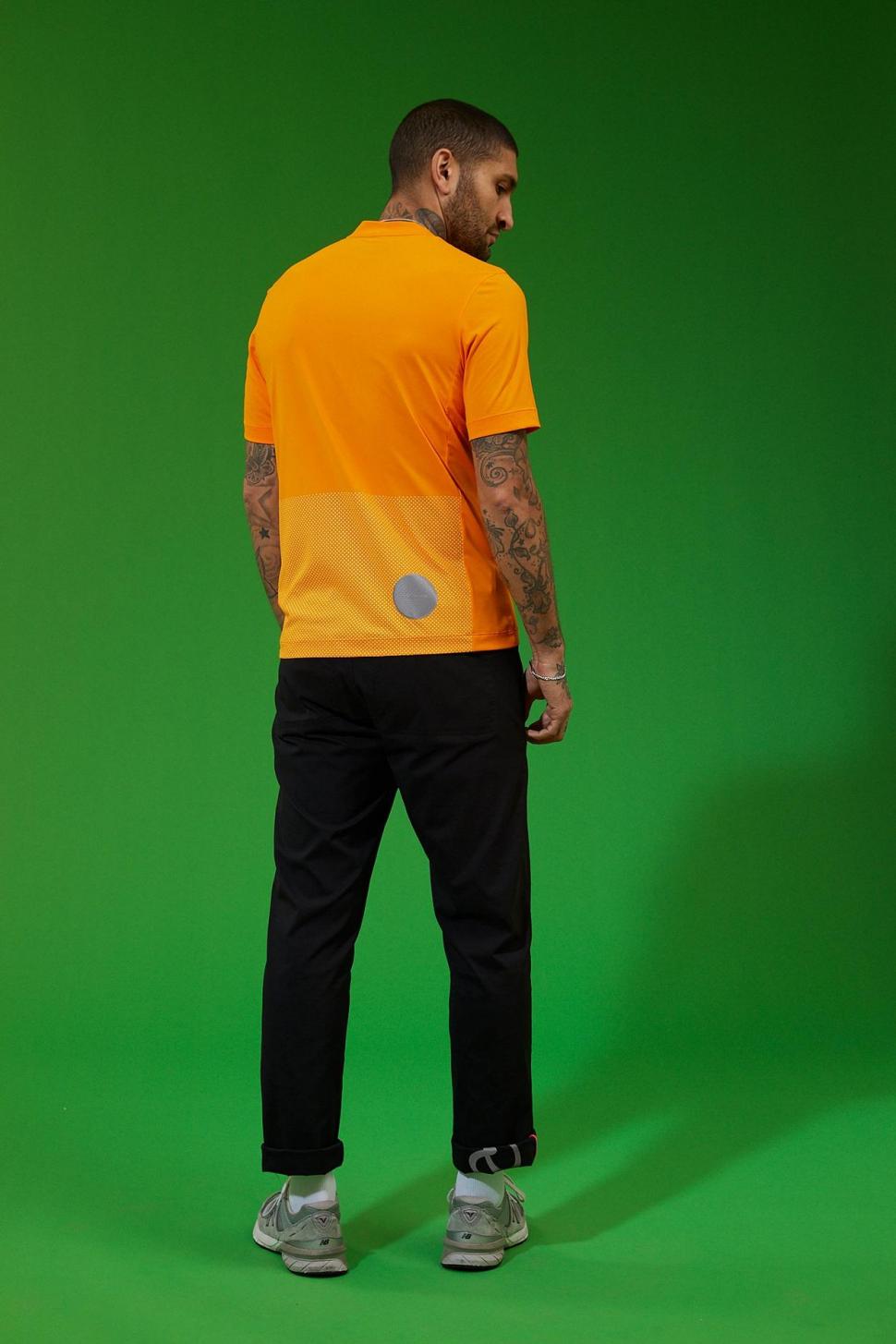 A range of five marl colours are available in the men’s cut in sizes XS-XXL. The women’s version comes in two colours in sizes XXS-XL. Both versions cost £45.