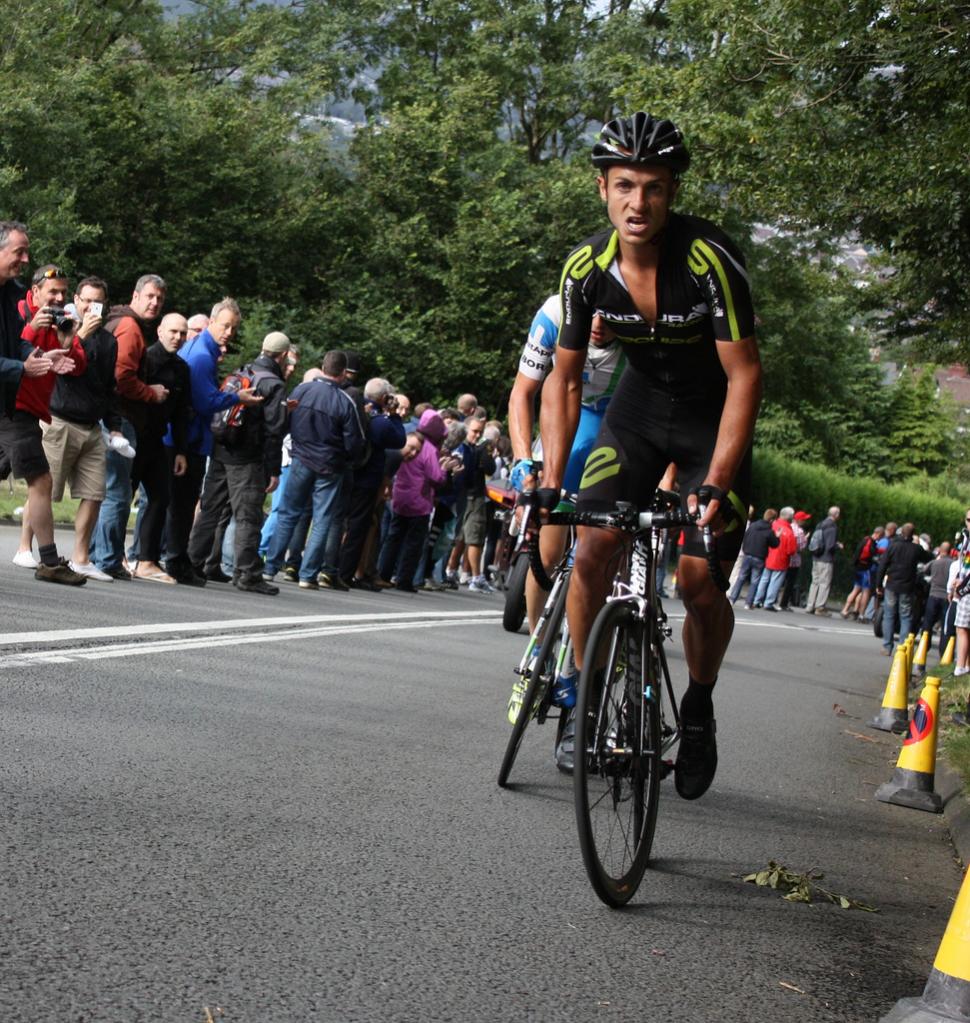 Event organisers say they "firmly believe in his innocence"...
by John Stevenson

Banned former Team Sky rider Jonathan Tiernan-Locke will ride the Exmoor Beast sportive on Sunday October 19 at the invitation of event organisers who say they "firmly believe in his innocence".

Tiernan-Locke is currently serving a two-year ban from racing for irregularities in his biological passport.

He has claimed those irregularities were the result of a big night out in which he consumed 33 units of alcohol. UK Anti-Doping said that by the time the sample was taken a day and a half later it was "inconceivable that a professional rider, selected for the first time to ride for his country at a senior level … would not have ensured that … he was fit to race and had ensured that he had taken on sufficient water to deal with any hangover".

In his most recent salvo against the anti-doping body, Tiernan-Locke claimed it had dismissed a sample that would have cleared him, although that sample was not carried out under the UCI’s Athlete Biological Passport programme, nor was it conducted in accordance with World Anti-Doping Agency protocols.

Announcing Tiernan-Locke's participation in the Exmoor Beast, organiser Marcus Di Vincenzo said: “Participating in the Exmoor Beast is one of Jon’s first options and we aim to use the opportunity to add to a petition to persuade the UCI (the sport’s governing body) to revisit his case and, hopefully, clear his name."

Vincenzo believes Tiernan-Locke has been treated unfairly by UKAD.

He said: "If the United Kingdom Anti Doping findings, or should I say lack of them, went before a court of law, they would be kicked out on the grounds of insufficient evidence.

“At the hearing into Jon’s case, UKAD were unable to say what drug he was supposed to have taken and/or what illegal procedure he may have undergone. They accepted an untimely heavy drinking session, celebrating his ToB victory, Team G.B. World Championship selection and impending Sky contract, would have sent his normal blood levels rocketing off the radar."

In its judgment, the UKAD panel said that the scientific literature gave no support to the theory that even a heavy dose of alcohol could lead to the reduction in blood plasma volume that Tiernan-Locke claimed caused his abnormal reading. The panel concluded: "There was no dispute that the abnormalities in the sample were consistent with the use of an erythropoietic stimulant which had been discontinued approximately 10 to 14 days before the sample was taken."

Tiernan-Locke was banned until the end of 2015 and his results nullified for the period in which his anomalous blood readings indicated a performance advantage, which included victory in the 2012 Tour of Britain.

Entries for the Exmoor Beast close on October 12.