Anyone who got married in Windsor last weekend must have been very glad they hadn’t planned their big day for the Saturday before, when it was absolutely pelting it down from about midday. Toe covers probably wouldn’t have kept the bride’s feet particularly dry or warm, but they would have been handy to have on day one of the two-day Dulux Trade London Revolution.

Unfortunately, I’d believed an earlier forecast of no rain and had left mine behind in Bath. And I’d decided against carrying my gilet and arm warmers; they were in the overnight bag on the luggage truck.

It wasn’t just my fitness that was being put to the test by this 187-mile practice weekend for the Deloitte Ride Across Britain in September: my organisational skills were lacking too. And I’ve no excuses, having completed the 2017 London Rev and five days of the RAB (completing the England leg; Scotland is this year's challenge).

I’d been feeling confident too. Not in my fitness – I was running on last year’s reserves after a winter and spring of almost no training – but relaxed about what was in store: knowing the route, roughly where the feedstops were, how steep the climbs; how the camping worked; the food; the showers; the massages… Knowing that you should lock the car and put the keys in your overnight bag before putting said bag on the truck… and that you should change out of your driving shoes and into your cycling shoes before reaching the startline… (Handily, the bag wasn’t quite as buried the second time it needed retrieving – thanks chaps!) 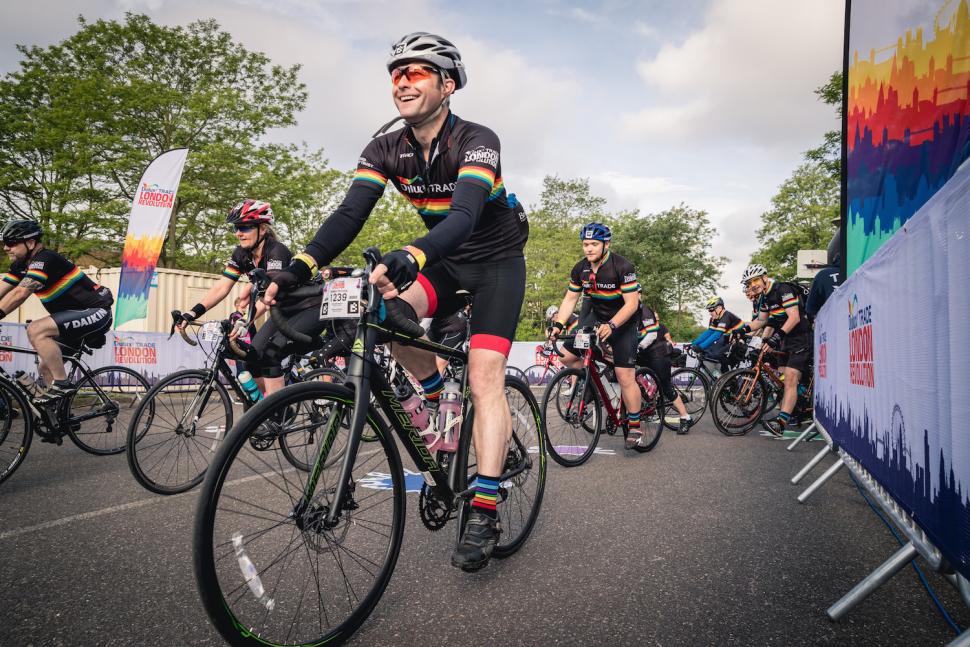 The sun was shining when we set off, though, and it all went smoothly. All the way to… Stoke Newington. Puncture! I now know that my pump works – and how it works.

Seeing scores of cyclists whizzing past while you’re trying to fix a puncture makes you then want to leap on and power away to make up for lost time, but instead we paced ourselves. Actually, London traffic paced us – there wasn’t much alternative. Traffic lights and loads of cars meant it was all pretty stop-start until about Crystal Palace. Which left time to enjoy the sights like the Tower of London, Tower Bridge, all of Dulwich…

This second stab at the Revolution meant I was ready for Titsey Hill and its appalling road surface. What I wasn’t quite so prepared for was the rest of Surrey’s road network being equally appalling. I thought it was a rich county – all those gated properties around Wentworth, and the chocolate box villages in the Surrey Hills. Surely they’re full of well-orf folk who don’t want to be driving their 4x4s over such nasty rough surfaces? 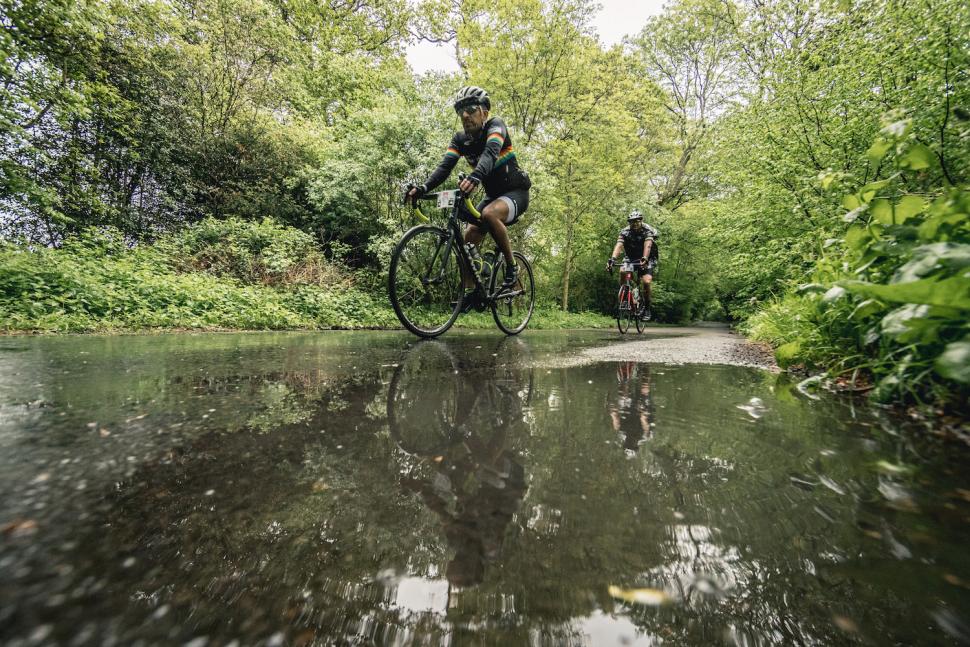 For much of the ride it all became hidden anyway, as heavy rain showers turned the roads into rivers and what should have been a bright and sunny day according to an old and out of date weather forecast became darker and wetter by the hour.

By feedstop two we were starting to get cold, and there were still 30-odd miles to go before the promise of hot showers and a cosy tent. Luckily one of the big climbs of the day was just ahead – we might even warm up.

It really wasn’t fair. We’d endured such horrendous weather on the RAB the previous September – the worst that the organisers have experienced in its nine-year history. (You can read about how it went here.) And this was almost as bad. Well, I suppose the idea is to give you a taster of the nine-day Land’s End to John o’Groats ride…

And like the RAB, once we’d reached basecamp, warmed up, eaten dinner and imbibed a pint or two, we could look back and laugh. Except for the sodden shoes; they were going to be a delight to put on the next morning. 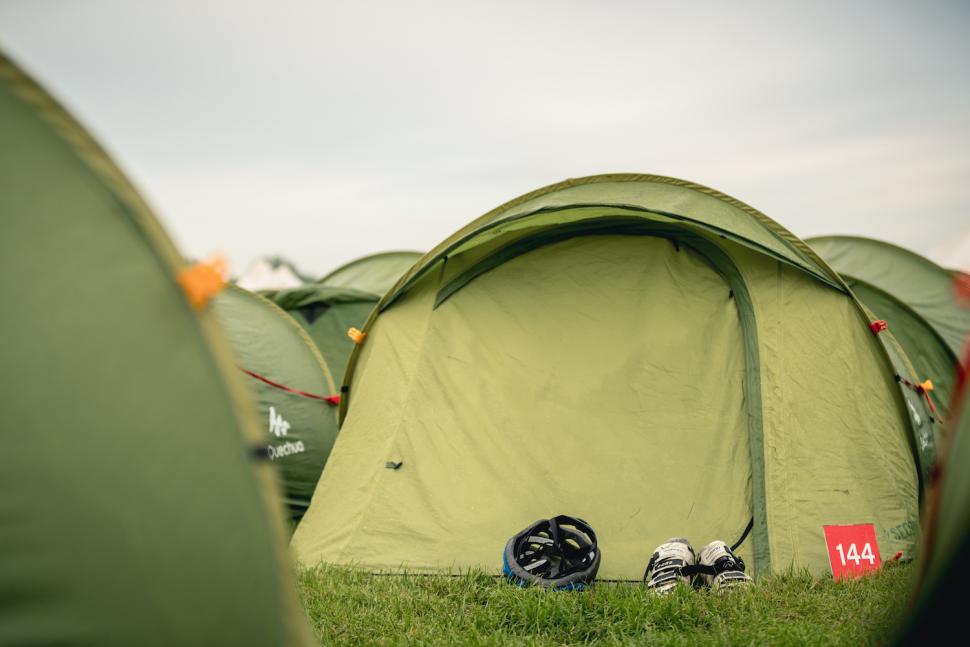 A queue for breakfast meant we could put off slipping our toes into something squelchy for a bit longer, but eventually, with an egg and bacon sarnie in my belly and a banana in my pocket, we were off: into the Chilterns.

This second day is definitely my favourite of the two. The roads seem quieter, the surfaces (marginally) better, the sun was out, the sky was littered with red kites, hubby didn’t fall off and gash his knee like last year… But it’s not an easy second half to the ride. It’s shorter – 86 miles to day one’s 101 – but it seems hillier. The Chilterns – well, they’re not the Lake District, are they? – but boy are some of its short’n’steep lumps challenging.

I’d remembered Kop Hill – how could I forget it? But I’d completely wiped from memory the next two (or was it three?) short and sharp ones that followed. In fact, I’d forgotten the hill that takes you from Princes Risborough up to Kop Hill itself. All gone. Well, rest assured, they’re still there. And they haven’t got any easier. Quite a few people were stopping to look at the view. I’m pleased to say I made it up them all, albeit very slowly (hurrah for that change to a 32-tooth sprocket, after last year’s event!).

But by the time we rolled back into Enfield and the Lee Valley Athletics Centre – to a lovely warm welcome of cheering and clapping, a finisher’s medal and then a celebratory pint of beer, while being serenaded by a steel band, in the sunshine! – I was feeling pretty glad that we weren’t heading for another night under canvas and getting up at 5am to do it all over again. 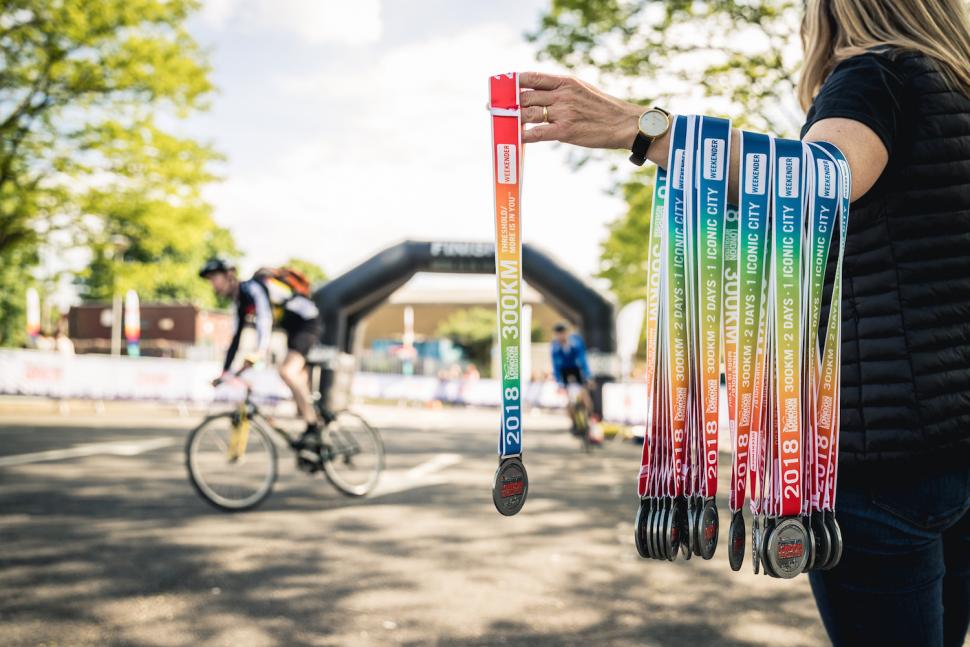 I’ve got a little less than four months to stop pretending I can ride four 100-mile days on the trot without upping my training, if I’m going to enjoy it anyway. It’s not just my organisational skills that need improving; I need to get out on my bike – especially now The Lecht is on the books. 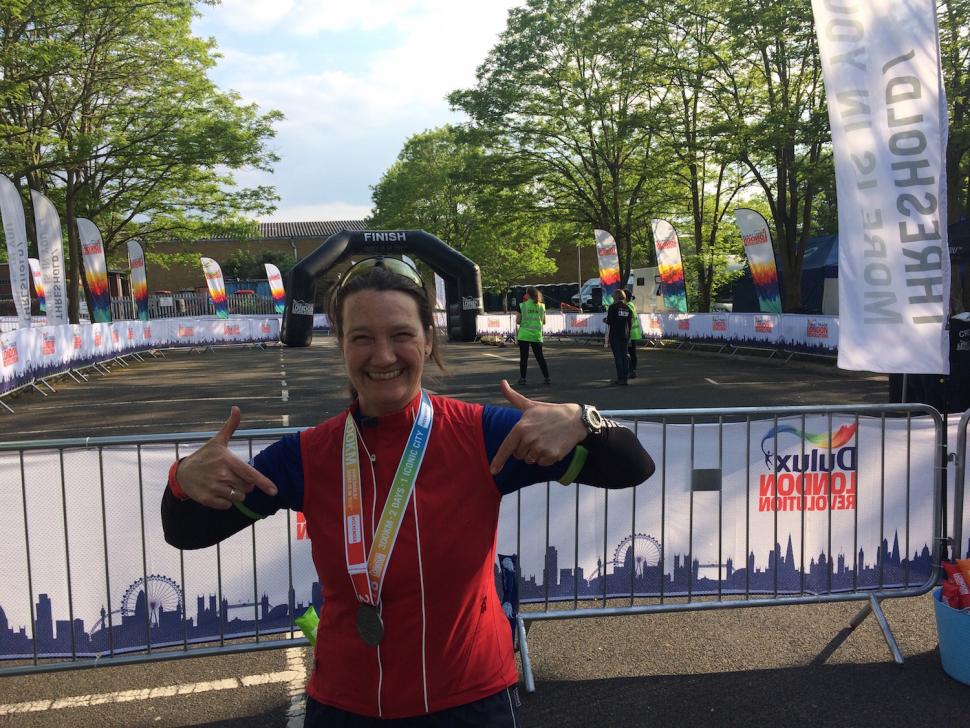 • There are still a few places left for the Deloitte Ride Across Britain in September – find out more here.

• Next year’s Dulux Trade London Revolution is on 11th and 12th May; entries open on 11th July, but you can register your interest here now.