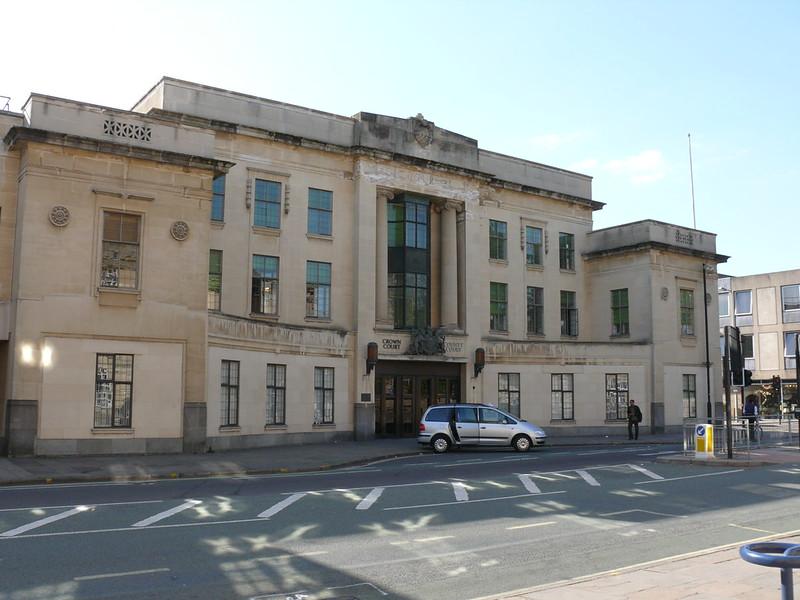 Despite killing two other road users with his car as they cycled home at 6.40pm on Monday 1 June 2020, it is unlikely that 61 year old Mr Rennie will spend any time in prison, and he will be able to drive again after completing his five year driving ban.

You may already know the facts of the case, but I’ll summarise them here; Damien Natale and Andrew Coles, who were both in their 50s, died instantly after Mr Rennie collided with them whilst driving his car. All three road users were travelling in the same direction when Mr Rennie crashed into Mr Natale and Mr Coles.

The judge accepted Mr Rennie’s explanation that he had simply ‘not seen’ the two friends as they cycled along the A40. There was no criticism of either rider. Clearly, Mr Rennie should have seen them. Many other drivers had overtaken them safely.

Here I will be explaining my understanding of the law behind the decision and the rationale for the suspended sentence.

Mr Rennie pleaded guilty to the charge of causing death by careless driving. He was sentenced at Oxford Crown Court on 12 November 2021.

Although the starting point for sentencing is 15 months, the range available to the judge for this offence was 36 weeks to three years’ custody.

The maximum sentence for causing death by careless driving is five years’ custody. That is reserved for the most serious cases where there are likely to be a number of aggravating factors that were not present here.

This was Mr Rennie’s first offence. The judge departed from the starting point of 15 months and increased the sentence to three years’ custody to reflect the unnecessary loss of two lives here. In the absence of other aggravating factors, three years was the maximum sentence available to the judge.

Examples of other aggravating factors include; committing other offences at the same time such as driving whilst disqualified, previous convictions for motoring offences or failing to stop at the scene.

Given the timing of Mr Rennie’s guilty plea, his sentence was reduced by a third (to two years) in accordance with the Sentencing Council Guidelines.

The judge then considered whether to accede to the wishes of the families of Mr Natale and Mr Coles by imposing an immediate prison sentence or whether he should suspend the sentence (suspended sentences can only be for sentences of up to two years in prison).

The Sentencing Council Guidelines state “Where the level of carelessness is low and there are no aggravating factors, even the fact that death was caused is not sufficient to justify a prison sentence”.

In light of this and the mitigating factors, especially the way in which this crash would be “…hanging over his head for the rest of his life”, the judge decided to suspend the sentence. Mr Rennie was sentenced to two years’ imprisonment suspended for two years.

These are the factors set out in the Sentencing Guidelines that the judge would have considered when deciding whether or not to suspend the sentence:

Finally, the judge had to consider whether the total sentence is proportionate to the offending behaviour and properly balanced. Mr Rennie received the following sentence:

2. Driving ban for five years. He will need to pass an extended retest.

Why was the offence that of causing death by careless driving?

I thought it might help to look at why Mr Rennie was charged with causing death by careless driving, as opposed to a more serious offence.

The judge explained that there are reasons in law why the prosecution (the CPS) could not prove manslaughter and why, in the judge’s words, Mr Rennie’s “….lack of attention – over a relatively short period of time, to be counted in seconds, doesn’t meet the legal criteria for dangerous driving…”

That’s the crux of the issue. A momentary lack of attention to explain how Mr Rennie failed to see Mr Natale or Mr Coles does not satisfy the criteria for manslaughter or causing death by dangerous driving. The judge said as much

“Just as Mr Coles and Mr Natale went out for a perfectly normal evening ride this defendant left work that night simply to drive home and spend that evening at home on a pleasant summer’s night. He did not go out to kill anybody. His driving was not dangerous, his inattention that led to the deaths of these two men was to be counted in seconds. The consequences to him are nothing – nothing – like the consequences to these poor men, their families and friends. But they are serious consequences.”

These are the legal tests for the other charges I have seen people referring to in respect of this case:

The maximum sentence is imprisonment for life but a guilty plea may reduce the sentence by up to one third. This charge should be considered where:

a) it is proved the motorist used their vehicle as a weapon (without deliberate intent to kill); or

b) where the motorist’s driving caused death and fell far below the standard of a careful and competent driver, involved an obvious and serious risk of death, was a gross breach of duty of care and was so far below the minimum acceptable standard of driving as to amount to a crime.

Hopefully it is clear why Mr Rennie was not charged with manslaughter.

“Dangerous” refers to danger either of injury to any person or of serious damage to property. In this context, motor vehicles in a poor state of repair can also be “dangerous”. In terms of the punishment for causing death by dangerous driving there is a possibility of an unlimited fine, a driving ban and up to 14 years in prison. Dangerous driving carries with it a maximum sentence of two years in prison and an unlimited fine and a minimum disqualification of one year.

Examples of where motorists might fall far below what would be expected of a competent and careful driver include; racing or competitive driving, speeding, deliberately disregarding traffic lights and other road signs, using a hand-held mobile phone and failing to have proper and safe regard for vulnerable road users such as cyclists.

My previous blog on the sentencing of dangerous motorists summarises a number of cases which demonstrate the application of these tests, especially the distinction between dangerous and careless driving.

The offence of causing death by careless driving is appropriate where the standard of driving falls below what would be expected of a reasonable and competent driver e.g. emerging from a side road into the path of another vehicle. A guilty verdict could result in a driving ban, an unlimited fine, or a prison sentence of up to five years.

The difference between causing death by dangerous driving and causing death by careless driving is the standard of driving. Dangerous driving falls far below what would be expected of a competent and careful driver and it would be obvious that driving in that way would be considered dangerous. Whereas careless driving merely falls below what would be expected of a reasonably competent and careful driver.

When I have looked into the issue of sentencing for drivers who cause the death of a cyclist before, I found that only one in seven motorists will go to prison and only 33% will be disqualified. I find that surprising especially given the heavy-handed approach in charging Charlie Alliston (a cyclist who tragically collided with and killed a pedestrian) with manslaughter. I think it was wrong to charge Mr Allison with manslaughter (though I should add he was not convicted of manslaughter). Consequently, I don’t think it would be right to use that decision as the benchmark for other cases.

As a society, should we treat Mr Rennie’s standard of driving as dangerous? Would I want my family to have the satisfaction of that outcome if I was to be killed in similar circumstances as I cycle home from work tonight? Probably.

If a member of my family failed momentarily to see a cyclist and collided with them, killing them, would I want them to be treated in the same way as Mr Rennie though? Probably.

Therein lies the issue and balance for our laws to strike. The way I have posed those questions to myself automatically triggers an emotional response, but the law needs to remove the emotion and achieve justice for all parties. Our laws should punish the offence, not the outcome of the offence. Should sentencing be made more of a deterrent with the aim of improving the safety of the most vulnerable on our roads?

I can see why that is attractive to cyclists (myself included) but when I step back and think about it, I’m not convinced that such a response will change driver behaviour. My preference would be heavy investment in infrastructure such that cycling levels increase to such an extent that we change the culture on our roads. In the absence of that investment nationally and after years of feeling the current system is unjust, I can quite understand why many cyclists would prefer to see an immediate change in the law, but I’m not sure that’s the answer.

What I might try to do in the future is write about the sentencing guidelines in other countries where there exists the cycling culture to which many of us will aspire.