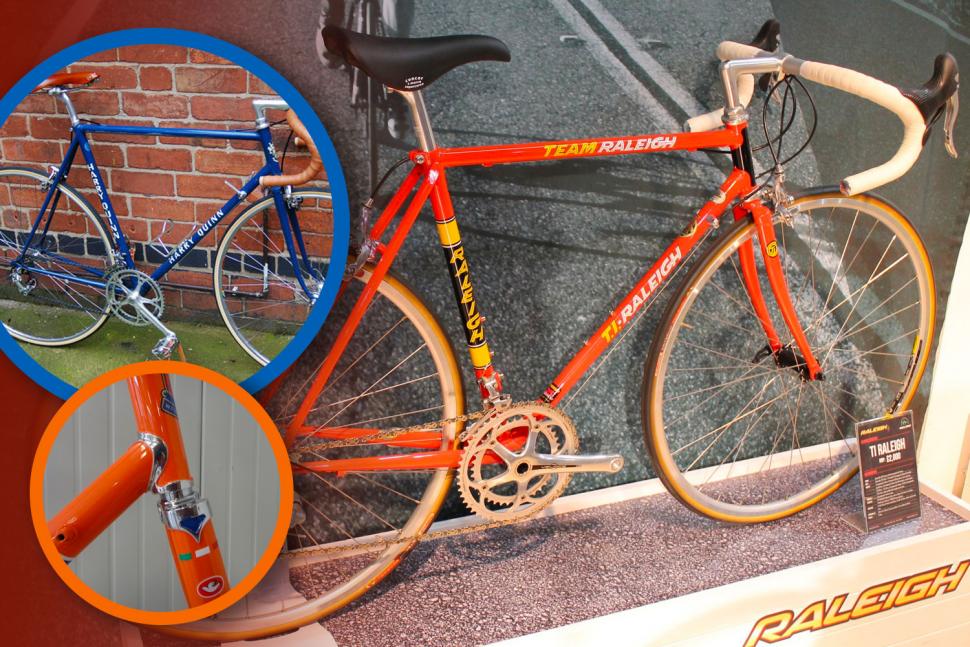 In stark contrast to today, back in the '70s '80s many bikes on display in your local bike shop were British-made. Reminisce about the best bike manufacturers of yesteryear, of which some are still going strong in the 2020s
by Steve Thomas

Although the 1970s marked the beginning of many major bike brands starting to outsource production to Asia, it took a little longer for the transformation to fully take hold. Back then and well into the '80s was still the era of steel, which meant there were countless British bike brands designing and manufacturing in the UK. 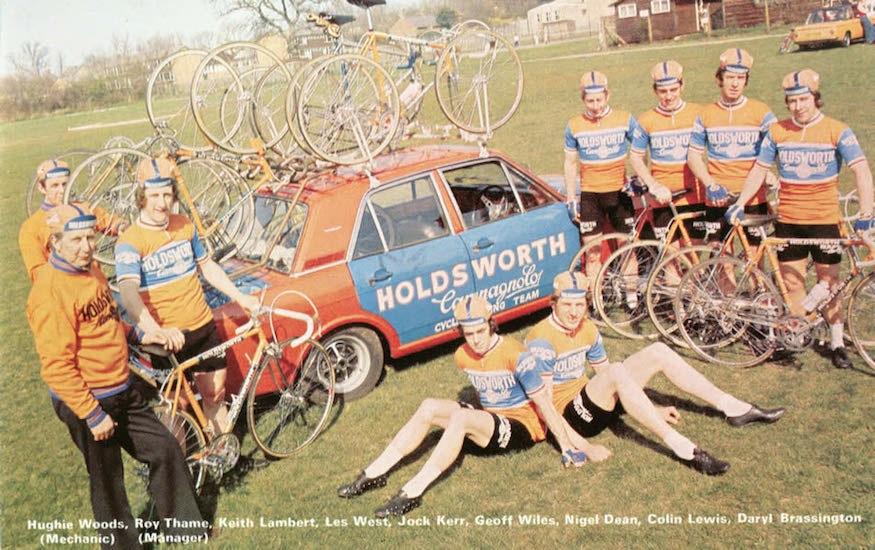 50 years ago, British-made and badged bikes were very much on top of their game on home turf. There were foreign brands available, with Peugeot being particularly prominent, and limited numbers of higher-end Italian and other European frames were also slowly coming through. Even so, most serious riders went for custom or handmade frames from UK makers and built them up to personal spec. There was also a growing market for quality, ready-assembled bikes in the UK.

> Retro vs modern: comparing a vintage steel racer with a modern machine

There were far more fully British bike brands around in those days, and many popular regional frame builders too. Here are a few brands that were particularly popular with British cyclists in the '70s and '80s… 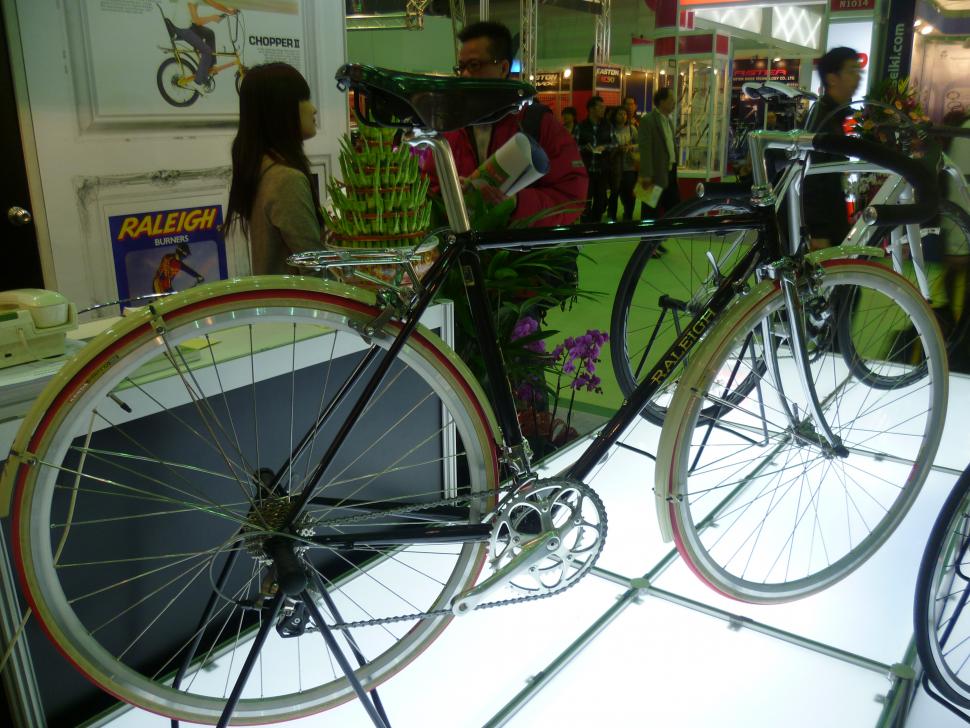 During the '70s and '80s, Raleigh were very much the major bike manufacturer in the UK, and arguably in the world. The long established brand oozed practical quality, which was something of an image handicap for them when trying to also sell thoroughbred racing bikes. 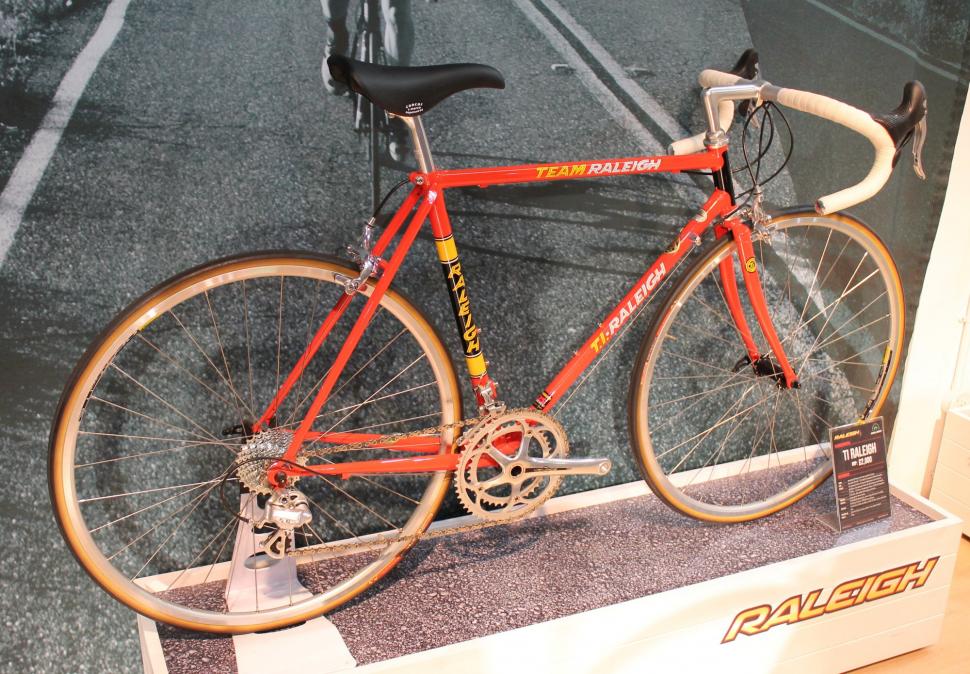 Their SBDU/Special Products Division was the envy of the bike industry during that era, and produced the bikes for their famous TI Raleigh team, and they also continued to produce top end bikes for many years afterwards.

Several company takeovers and the trend towards overseas manufacturing pretty well left Raleigh on the sidelines during the 1990s. The brand is still very much in business, but the days when a boy racer would have lusted after a Raleigh Team Professional bike are long gone, sadly. 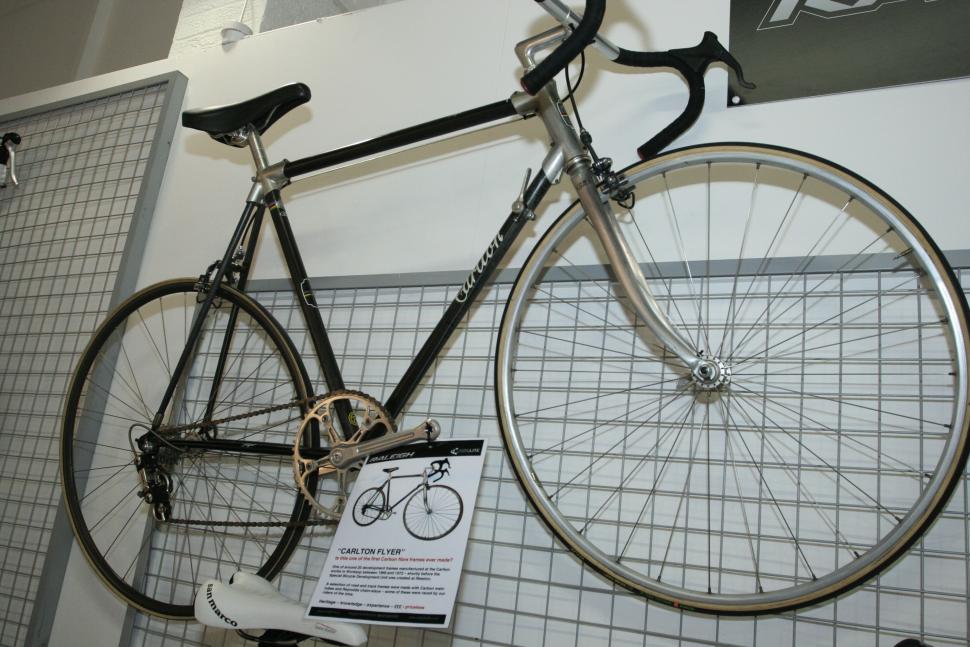 Nottingham-based Carlton Cycles were a major brand during the 1950s. They sponsored numerous teams and top riders for many years, including Tom Simpson who won an Olympic bronze medal on the track atop of a Carlton. 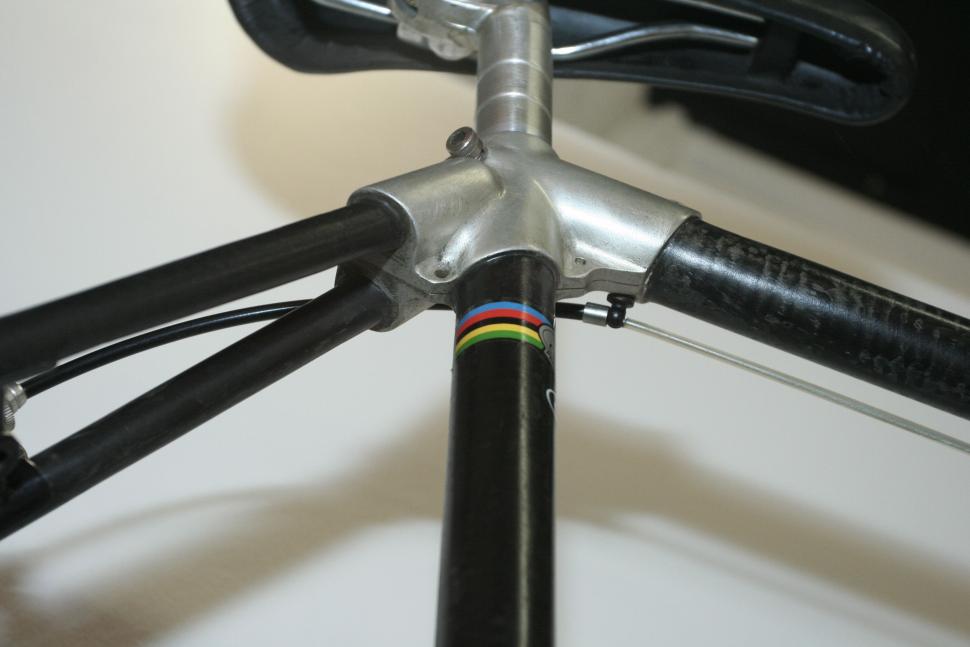 In the early 1960s they were bought by their near neighbours Raleigh, along with several other British bike brands. For some time they were branded as Raleigh-Carlton, and their most iconic model was the Carlton Flyer, versions of which many cyclists rode up until the brand stopped production in 1985. 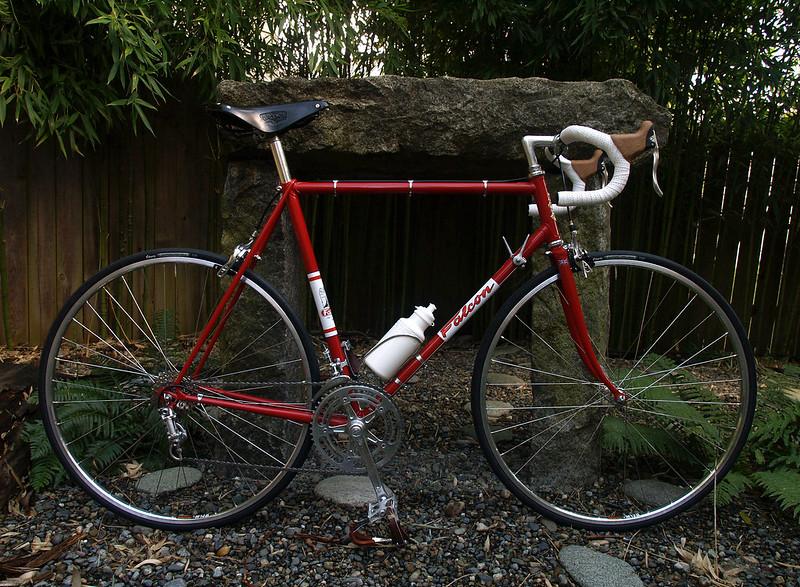 A major brand during the 70s and 80s, Falcon's top-end racing model was the San Remo. For many years it came with chrome lugs, was much sought after.

The company started out in the 1880s branded as Coventry, and then Coventry Eagle. Falcon was initially their line of race bikes, and in the 1950s the company was rebranded as Falcon. Various Falcon sponsored road teams appeared for decades, and included the likes of Barry Hoban, Albert Hitchen and Sid Barras. Unfortunately Falcon also suffered from far eastern outsourcing, and although they still trade as part of the major Tandem Group, their high-end days are long gone.

Over the years I had numerous Falcon race bikes, with the second being a Christmas present in 1979, a 24-inch framed Falcon Professional... a bike that I never did grow into! Coventry Eagle was originally a bicycle and motorbike company that went on to become Falcon. British Eagle was a brand name that came along much later, and was an associate company.

The brands were popular with mid-range options during the '80s, with British Eagle bikes mostly being produced in Newtown, Powys, where Barry Hoban was the marketing director. They also sponsored domestic pro road teams during the era, with riders like Phil Bayton riding in Coventry Eagle colours during the '80s.

The brand is now part of the Tandem Group company, and can sometimes be found on cheaper 'supermarket' bikes. 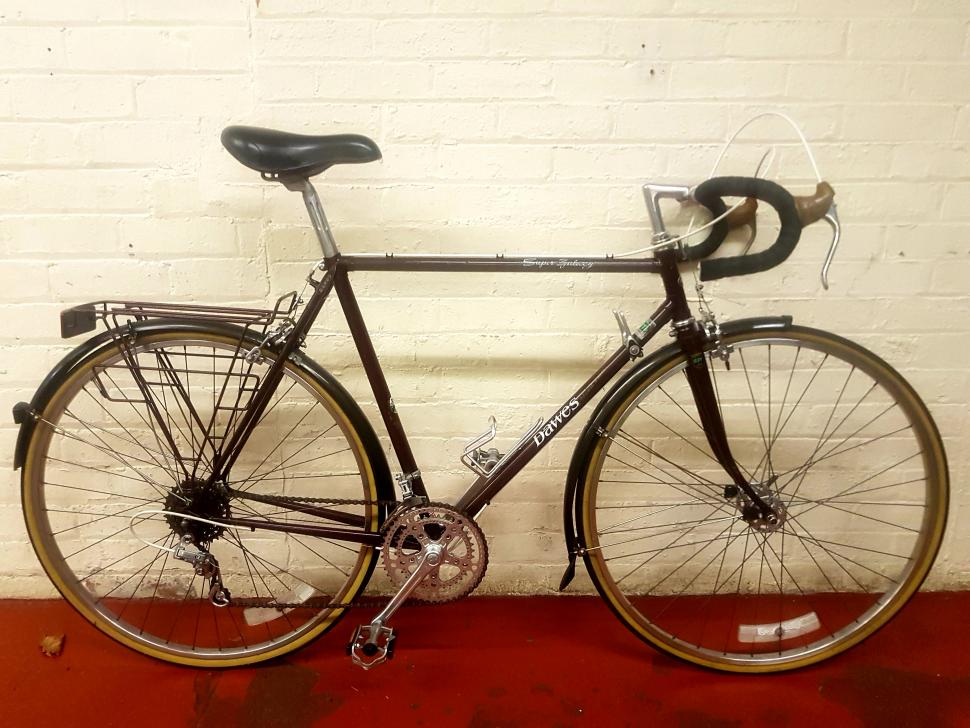 Birmingham-based Dawes Cycles started out back in 1906, and remained a highly respected and quality-driven brand for many decades.

Dawes sponsored many pro teams over the years, right on into the mountain bike era. The brand was best known for the Galaxy touring bike, a long-standing classic that was sadly discontinued after 49 years back in November 2020. They were also well respected for their tandems, inducing their early Double Edge MTB tandems.

Unfortunately Dawes suffered the same fate as many other British brands, and were sold numerous times during the '80s and '90s, eventually ending up as another Tandem Group company with their bikes now being produced in the Far East. 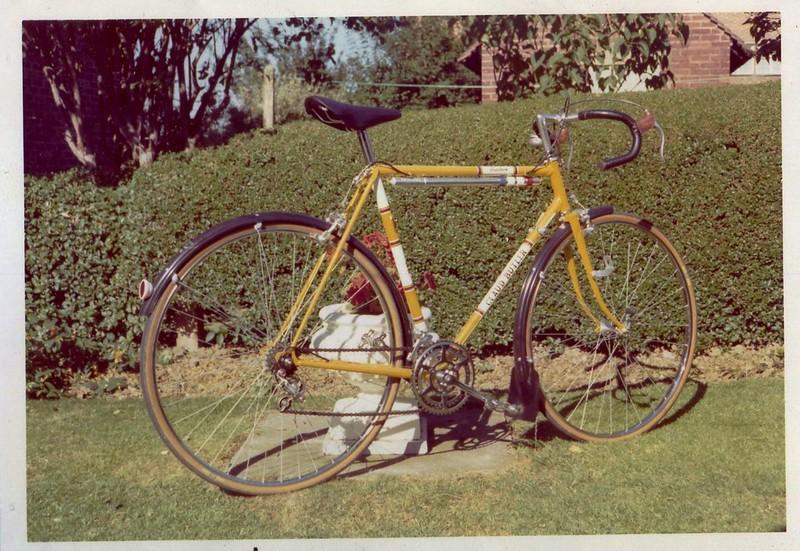 Claud Butler was a London-based cycle dealer and then frame builder. He started trading in 1928, going on to open a number of branches and building highly decoratively lugged frames.

The brand sponsored riders such as Reg Harris amongst others, but things went into decline during the Second World War. In 1957 the then thriving Holdsworth brand bought the company, which they owned until 1987 when Falcon bought both of them.

Claud Butler bikes were very popular during the Holdsworth era, even outselling their own brand bikes, and were a regular ride with club cyclists of the time. The brand still exists and sells low-spec, mass-produced models through current owners the Tandem Group. 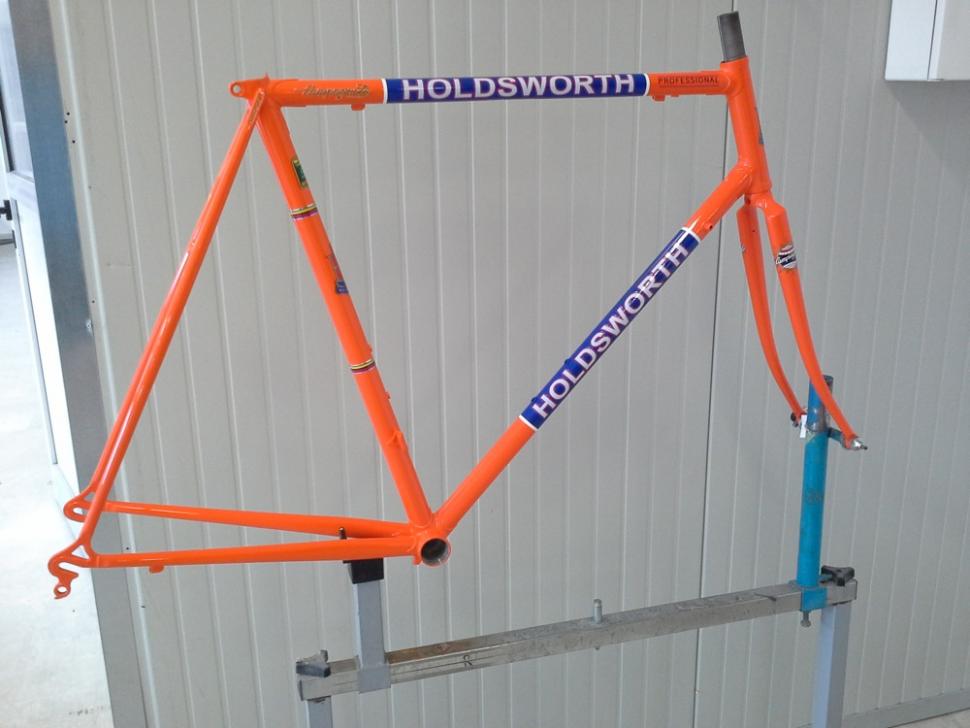 The Holdsworth brand began in the late 1920s when Sandy Holdsworth took over the London-based Ashlone Cycle Works. Soon after they started making their own frames and then also clothing, the latter under the name Holdsworthy. 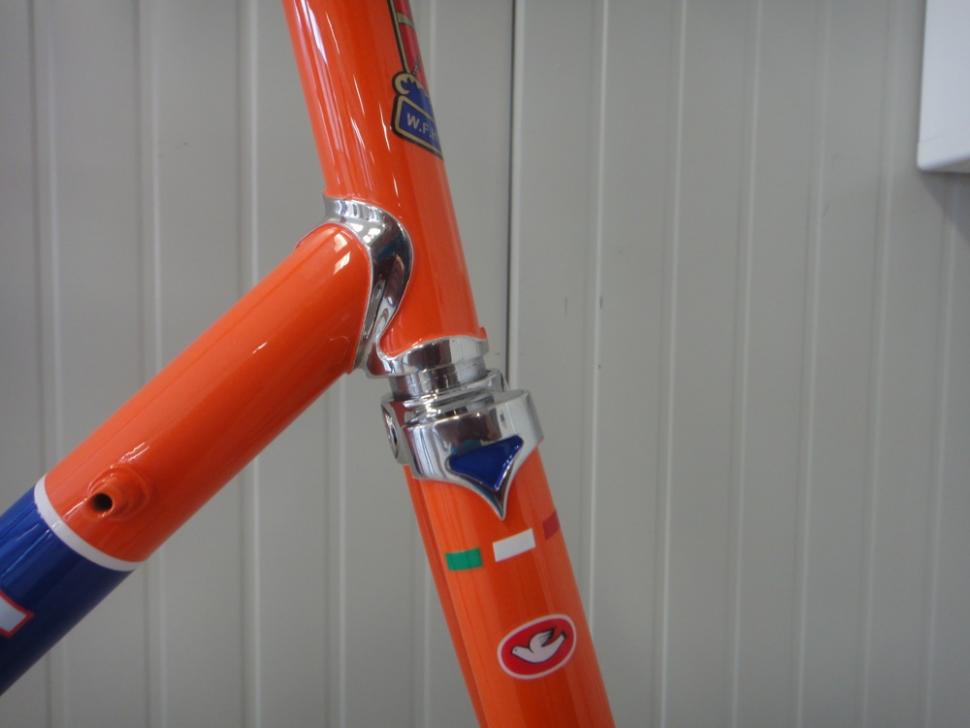 Other premises were opened, and as they grew they became sponsors of a British pro road team, which included big names of the era such as Les West and Colin Lewis. Their iconic orange and blue bikes were a thing of great lust during the '70s and '80s. Holdsworth also bought out brands such as Claude Butler and Freddie Grub.

The bike part of the business was taken over by Elswick Hopper/Falcon in the mid- 80s, and was recently revived by Planet X who also sponsored a pro team in 2018. The riders were decked out in almost the exact same colours as their illustrious predecessors. 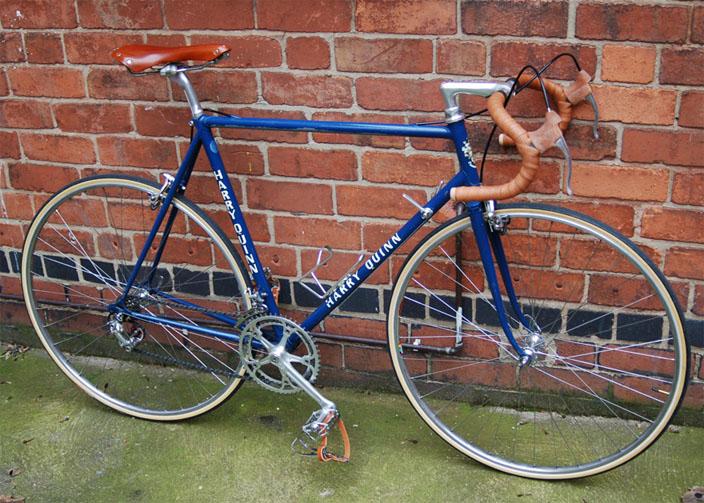 Harry Quinn frames were very much de rigeur, high-end northern builds of choice in the '70s and '80s. The Liverpool-based company was something of a Merseyside institution, with other members of the Quinn dynasty also opening bike shops and building frames. Their frames were used by many champions over the years, and even won the Milk Race and Word Professional Pursuit Championships with Colin Sturgess.

After Harry Quinn lost his sight in one eye, the business was taken over in 1977. After a while, the brand owners Falcon started using the name on their own produced bikes.

I think it was Christmas 1980 when I struck a deal with Santa for my Harry Quinn frame, although I‘ve never been sure if it was built by Falcon or not. I still own a repainted Harry Quinn track bike from from the '80s. The Viking Cycle Company started out as a bike repair shop in Wolverhampton in 1908. They progressed to bike manufacturing, and then also moved into specialist 'lightweight' bikes, launching a team in the 1950s.

The company ceased trading in 1967, and the brand was acquired by an American duo who began producing bikes in Ireland under the Viking Cycles name. Things didn’t quite work out, and they eventually sold the name to Avocet in 200, and then to Indian behemoths Hero Cycles in 2015.

The Severn Valley was Viking's most desired bike of the '70s and '80s, and during that time the brand had a strong British professional team that included former UCI President Pat McQuaid and Keith Lambert, who raced in white jerseys with red stripes across their top. A very famous TV and radio presenter of the time was also a fan, with two of his Viking bikes snapped up at auction by the owner of Planet X back in 2012. Weeks later, the celebrity in question was posthumously exposed as one of the worst predatory sex offenders in British history. Oh for the power of hindsight... 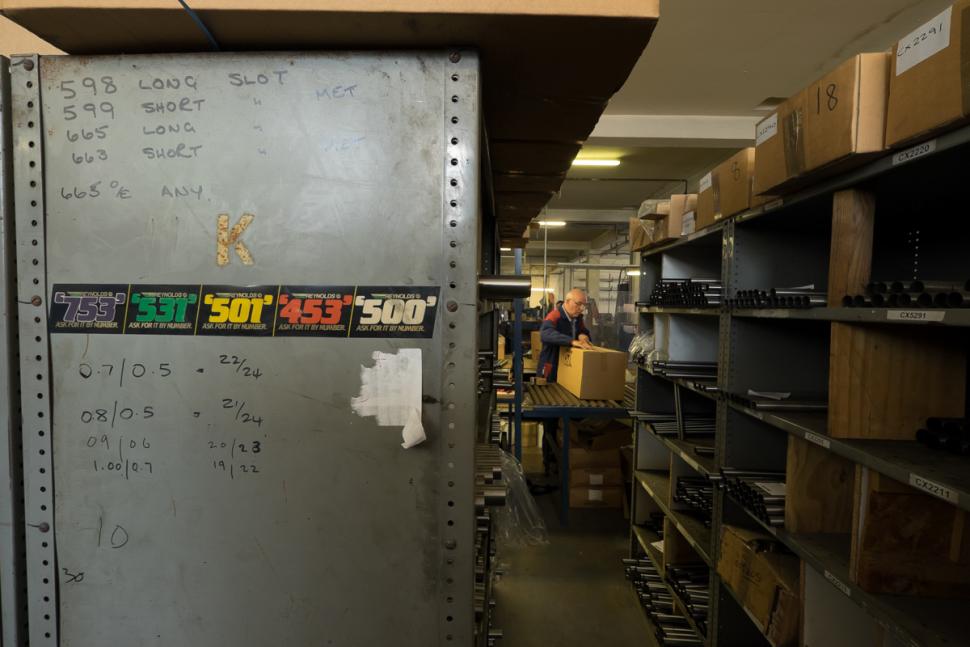 They may not have made frames, but Reynolds tubing was what just about every high end British (and other) frame was made of for decades. Unless it carried those humble frame stickers, many bike racers would turn their noses up at other offerings.

The numbers 531 and 753 were like status symbols of frame building during the '70s and '80s, and even non-cyclists often boasted of owning a 531 frame to impress. 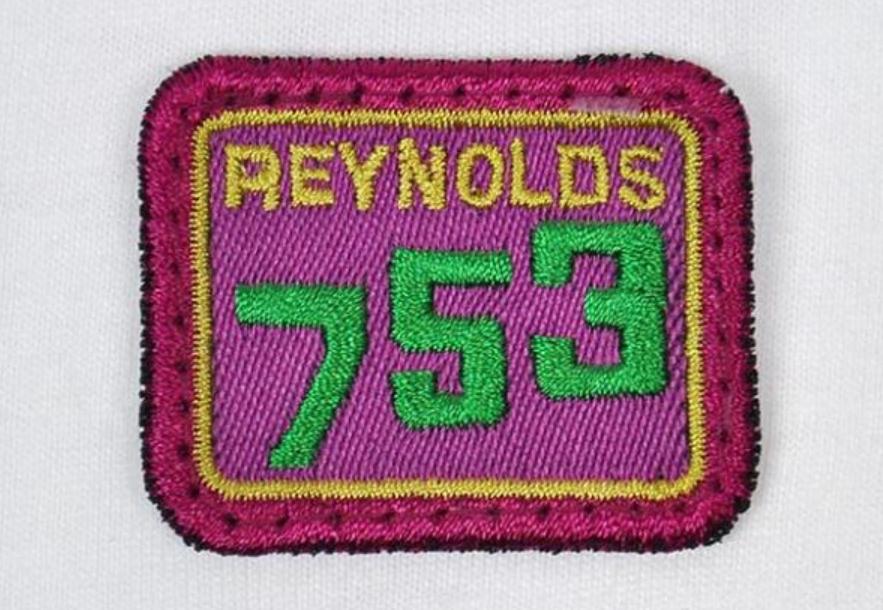 For many years they were part of the Tube Investments group with the likes of Raleigh and Sturmey-Archer, which didn’t turn out so well. Reynolds were acquired by an American company for a while after that, but a management buyout ensured ownership was returned to its roots in Birmingham, where they still innovate and produce some of the finest steel tubes in the world.

Go on then, who have we missed? Let us know in the comments, and do tell us about your memories of the brands we've mentioned if you're mature enough to have been a cyclist in the 70s and 80s!