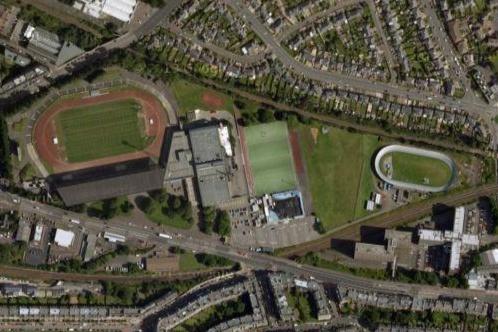 Edinburgh's Meadowbank velodrome to be demolished

End of road for venue where Sir Chris Hoy started - council helpfully point out there's a new one named after him in Glasgow...
by Simon_MacMichael

The velodrome in Edinburgh where Sir Chris Hoy began a career in track cycling that would end with becoming Britain’s greatest ever Olympian with six gold medals, is to be demolished as part of a revamp of the city’s Meadowbank sports complex.

All three proposals unveiled yesterday in a report commissioned by Edinburgh City Council for the redevelopment of Meadowbank envisage selling off the eastern part of the site, where the velodrome is located.

While one of those schemes does include an indoor velodrome, Edinburgh City Council, which earlier this year outlined plans for an outdoor velodrome elsewhere in the Scottish capital, has already said that proposal is likely to be too expensive to be considered.

Brian Annable, who coached Hoy as a junior, told the Edinburgh Evening News that he had spent more than £10,000 on the Meadowbank track this year to enable riders to train and race on it.

He added: “The track does have historical importance to me. Chris Hoy started with me as a schoolboy there, but it’s not just Chris – we’ve had a number of Olympians and many world and European champions that have trained there. It is a great pity.”

In September last year, Hoy appealed for the track to be kept open, saying: “I would like to see  Meadowbank saved.

“From a personal point of view it means a lot to me but I think for the sport and for Edinburgh, it would be a shame to see a facility of Meadowbank’s stature and history [disappear].

“I think it would be fantastic to keep that going, to refurbish it and maybe pop a roof over it.”

At the time, Hoy said: “I’m delighted to hear that a new velodrome and road circuit are being built in my home city of Edinburgh, and very pleased to hear that the council is investing in local sports facilities and in cycling in particular, to provide decent access and facilities for people wanting to get in to the sport.

“This is great news for Edinburgh and for the future of Scottish sport.”

Designs are due to be completed in March, with the facility expected to open in late 2014.

Commenting on the latest proposals for Meadowbank unveiled this week, Edinburgh City Council’s culture and sport convener, Richard Lewis, pointed out that Scotland now has a world class indoor velodrome – the Sir Chris Hoy Velodrome in Glasgow, build for the Commonwealth Games later this year.

“We do have to take a national look at this,” he explained. “Chris Hoy was training when he was young and having to go down to Manchester to use an international-class indoor facility.

“Now we’ve seen the emergence of his eponymous velodrome in Glasgow, people can go the 40 miles from Edinburgh to that.”

Built for the 1970 Commonwealth Games – it also hosted the 1986 edition – Edinburgh City Council says that Meadowbank Stadium is no longer “fit for use.”

One of the three designs for the redevelopment does envisage a 200 metre indoor velodrome, as well as a 10,000-seat stadium, but at £85.2 million it is the most expensive option – the others are less than half the cost at £35.1 million and £41 million – and Councillor Lewis says it has already been discounted by the council.

Edinburgh City Council’s culture and sport committee meets to debate the options next Tuesday and has said that a full feasibility study as well as a public consultation will be required before any decision is made.