Cervélo launched a revamped S5 aero road bike this week at Eurobike - the world's biggest bike show. The new bike, 18 months in development, is claimed by the Canadian company to reduce drag by 21.3 watts* compared to current S5. 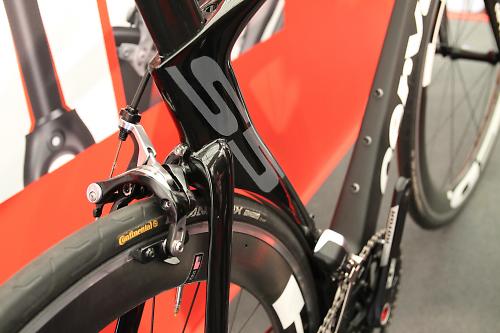 The current S5, introduced four years ago, is often regarded as one of the fastest aero road bikes, but Cervélo say they have finessed the design and managed to make it even faster - the only way they could make it faster now would be to add fins one Cervelo representative quipped - well we think he was quipping. While it still unmistakably looks like the old S5 - which the laws of aerodynamics being what they are you'd expect it to, it is a bit easier on the eye with slightly softer lines. 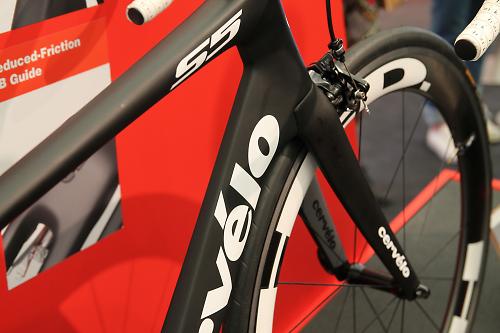 Not only is the new S5 faster, it's also boasts increased stiffness in the head tube and bottom bracket for more responsive and direct handling say Cervelo. The fork has been redesigned and the head tube is also shorter to lower the front-end put riders into a more aerodynamic position. Cervélo claim a 17 percent increase in lateral stiffness. 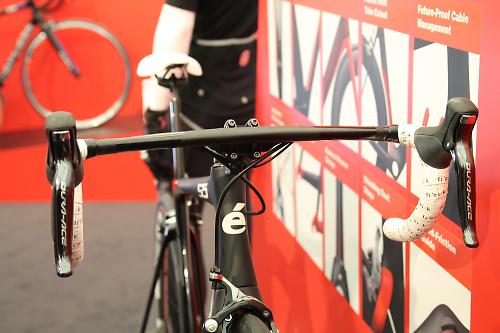 One of the big aerodynamic savings has been the new aero handlebar Cervélo have designed specifically for the S5. Aero shaped with internal cable routing, the new handlebar is claimed to save 4.4 watts over a competitor's handlebar. 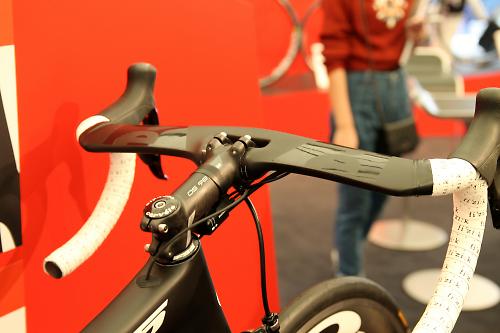 We’ve seen increased popularity in integrated handlebars in the professional peloton, and Canyon launched a new one-piece aero bar at the Tour de France. However, the Cervélo handlebar uses a conventional stem which means your fit options aren’t restricted. 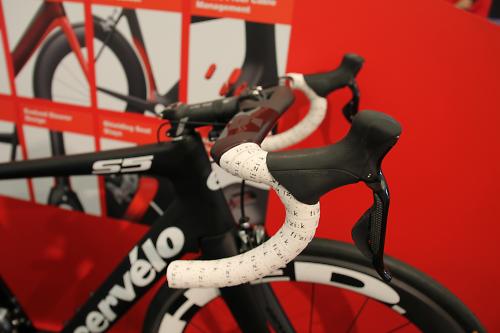 There are other neat design touches. A compartment in the down tube for a battery, future-proofed cable routing, first introduced on the S3 and R3 last year, with mechanical and electronic group set compatibility. 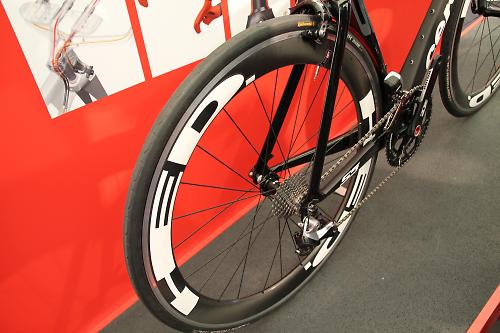 The frame and fork have been designed with wider rims and tyres in mind, as that is the way bicycle design is going at the moment. The bike here is fitted with HED Jet 6 Plus SCT aero wheels and with the 23mm tyres fitted, they’re much more like a 25mm tyre.

The bike should be in the shops this autumn. We will update this article with pricing details as soon as we have them.

*Cervélo don’t tell us what speeds these savings are made at.