The Cycle Show returns on 25-27th September, find out how you can get discounted tickets
by David Arthur @davearthur

The Cycle Show returns to NEC Birmingham on the 25-27th September and promises to be even bigger this year, with over 280 bike brands displaying their latest bikes and products, alongside a whole host of professional racing cyclists including Richie Porte - who is opening the show on Friday morning - and Jens Voigt.

road.cc readers can enjoy discounted tickets, £12 instead of the usual £13.50, by using the RCC discount code. There are bigger savings for road.cc club members, you can purchase two tickets for £8.25 each. Another good reason to join our club...

We know you want to see some of the shiniest and newest bikes at the show, so to whet your appetite, here's a little teaser of what you can expect to see. Colnago will be showing its top-end C60, including the new limited edition bikes with special paint jobs and top-end builds. Canyon will be showcasing its brand new Ultimate CF SLX 9.0. This new model has been given an aerodynamic makeover to make it even faster than the previous version, and that one was no slouch. De Rosa revealed its breathtakingly beautiful SK Pininfarina at Eurobike, and you’ll be able to see it in the flesh, as it were, at the Cycle Show, the first time it’ll have been shown anywhere in the UK. Look’s latest 765 road bike will be on show. The French company’s latest model is aimed at the the endurance cyclist who wants a bit of comfort, the carbon frame is infused with vibration damping flax fibres. 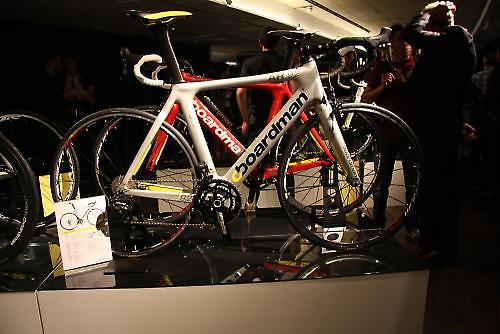 The Boardman Air 9.8 is unashamedly a bike built for going fast. The frame and fork has been shaped in a wind tunnel, it’s made from high-modulus carbon fibre and the rear brake has been hidden away underneath the chainstays. If you’ve seen the Trek Factory Racing team riding it, and read our review of it, then you’ll be able to get up close and personal with Trek’s brand new Madone 9 Series aero road bike at the show. It’s been given a dramatic update and brings the Domane’s IsoSpeed decoupler to the aero race bike platform, and adds bespoke integrated brakes and a slew of other cool features to the US company’s latest model. I was lucky enough to get to ride the new Lapierre Xelius SL at the French company’s worldwide launch in the beautiful south of France, and it’ll be on display at the Cycle Show. This latest model has been put on a diet and has gained a unique appearance as a result. 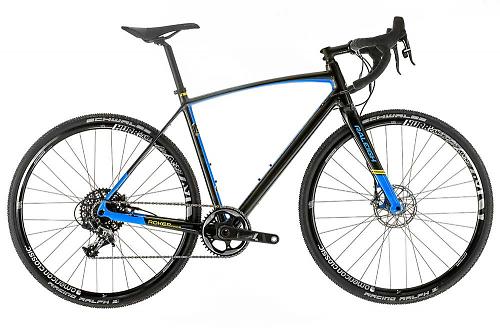 Closer to home, Brit brand Raleigh is introducing a range of six gravel road bikes. While inspiring by the US gravel riding scene, Raleigh says its new models are “British designed bikes for British riding” so expect big tyres clearance, mudguard mounts and a relaxed geometry. Prices will range from £600 to £2,500 with aluminium and carbon frames. 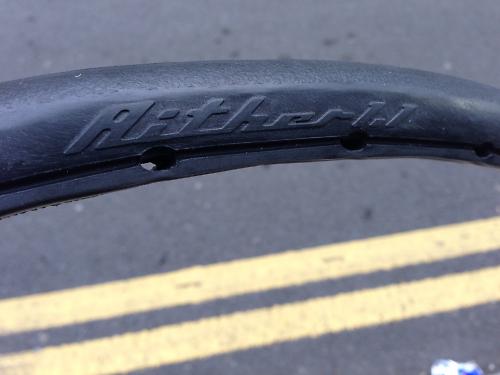 It's not going to be just bikes, you know. Tannus Tires is a Korean company and it will be showing its latest Aither 1.1 solid tyre. Yes that's right, a solid tyre. The company claims it only has 2% higher rolling resistance than a regular tyre, lasts at least 6,000 miles and weighs 430g.

It’s not just bikes at the show y’know, there are interesting (and famous) people to point at and get autographs from. Here’s the list of all confirmed attendees:

Once you’ve had your fill of famous people and shiny bikes, there’s are many more distractions at the show. There’s the Dare2b road bike track for testing some new bikes, cyclocross racing will return once more, expect it to be exciting and filled with shoulder-to-shoulder action.

There’s a retail village if you want to go home with some new accessories for your bike, and lots more including a Dirt Jump designed by Sam Pilgrim, City Demo and Electric Bike villages, Kids’s demo track and Dry Tri, and the Stage which will be hosting interviews throughout. 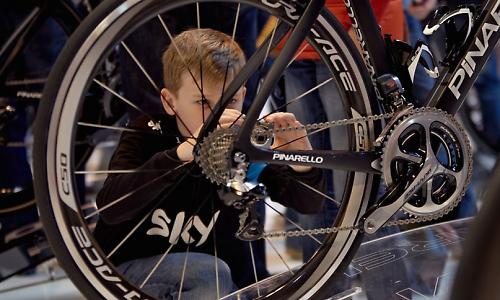 Don’t forget to use the RCC code to get a discount when buying your tickets, which you can do right here www.cycleshow.co.uk