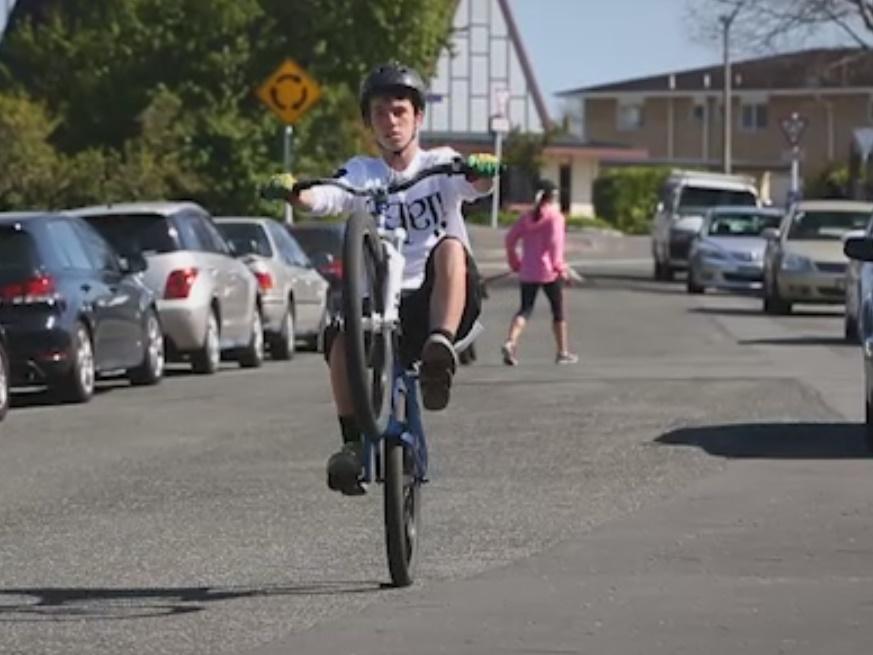 Whether it’s John Degenkolb and Matteo Trentin going up Sheffield’s Jenkin Road during the Tour de France or Peter Sagan no-handed atop La Planche des Belles Filles, everyone loves a wheelie. The Nelson Mail reports how one New Zealand youngster has set his sights on the record for the world's longest ‘manual’.

Unlike a conventional wheelie, a manual doesn’t involve pedalling. The current record for the stunt is held by American Zachary Hutelin who managed 209m in 2011. Sixteen-year-old mountain biker, Harry Denton, reckons he can do better.

"I've been biking for ages. I'm always hooning around town doing wheelies. A while back I looked up the record just for fun. I saw it was 200m and I thought, 'I can do that on my way to school'."

Denton says he did about 115m into the wind on a recent practice run and has managed 400m downhill and into the wind. He says he has now received the go-ahead from the Guinness Book of World Records to make an official attempt.

"It took a while for them to get back to us because they are so busy. I didn't think they would, but I sent off the application and they said I should go for it."

One of the challenges is finding enough flat road to meet the judges’ requirements. A local surveyor, Andrew Stanger, said he’d help Denton. "I'm going to help him confirm the distance he rides, and also try and certify the slope he is riding on. He's showing a great bit of initiative. It's an exciting project and I wish him good luck."

Denton’s ‘support crew’ is his friend Liam Gill, who said: "We've got to go to the police and see if they can block off a road for us. We'll probably ask one of the real estate agents for a drone to film it as well."

Denton is hoping to make his attempt in about a month's time, after his exams. In the meantime, here’s a video of the current record.