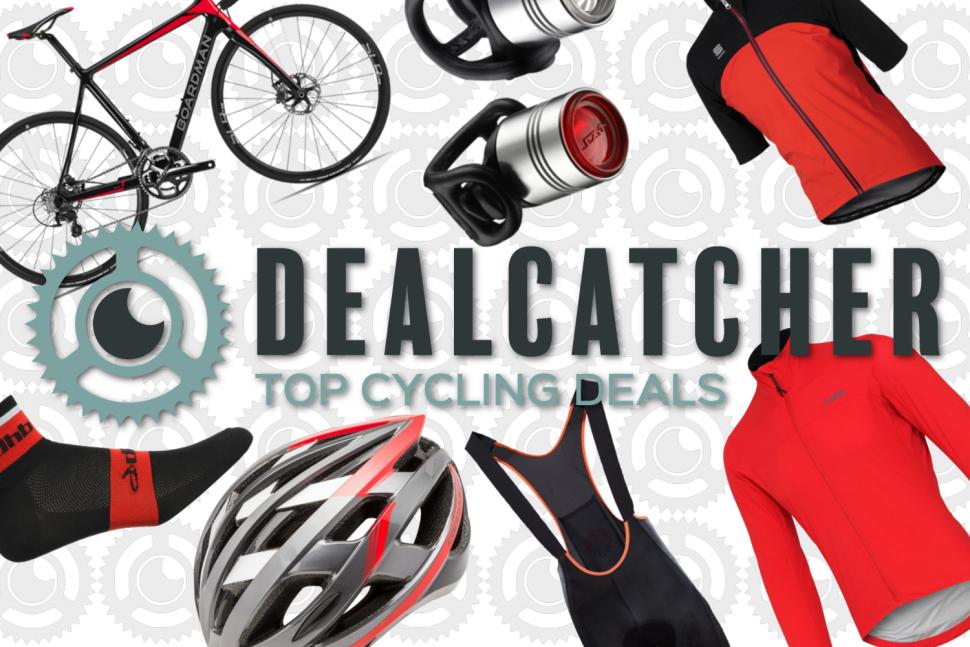 New look, new location: The Dealcatcher gets its own site – deals.road.cc

We're taking the Dealcatcher to the next level with its own website deals.road.cc the new home of cycling bargains on the web! Don't fret though, there'll still be plenty of Dealcatching action here on road.cc...
by Elliot Johnston

We know you like cycling deals and we know you like the road.cc Dealcatcher - indeed so popular has it become that we’ve now given the Dealcatcher its own website  deals.road.cc staffed by a crack team of dead-eyed deal ninjas dedicated to bringing you the internet’s best cycling bargains fresh and steaming on a daily basis.

This new website will be home to a daily feed of the internet's top cycling deals. We'll be using our extensive knowledge and experience to guide us to the best available deals on the web, alongside a few exclusive deals here and there that our network will uncover especially for you guys!

If you follow the link above you'll land on the home page which already has a great selection of deals waiting for you.

Don't you worry though, the deals won't stop coming here on road.cc! Ahead of Black Friday, we've got loads and loads in store for you in the way of bargain bike bits.

Keep your eyes peeled for the road.cc Black Friday Live Blog which will be launching in the coming weeks and keeping you all clearly updated on what's going on in the way of cycling deals all over the internet.

We'll also resume normal practice with the road.cc Dealcatcher articles to keep you all abreast of what's going on in the world of road cycling deals. In the same vein, keep your eyes peeled over on off-road.cc and ebiketips.co.uk for the occasional off-road and ebike-specific Dealcatcher posts!

Don't forget to sign up for the Dealcatcher newsletter when you head over to the homepage, that'll be the web's ultimate weekly email alert on the best cycling deals out there.

We also invite you to head over to the Dealcatcher facebook page, to ensure that you don't miss a beat on the deal front.

We're looking forward to sharing the spoils of our deal hunting with you over the coming months!