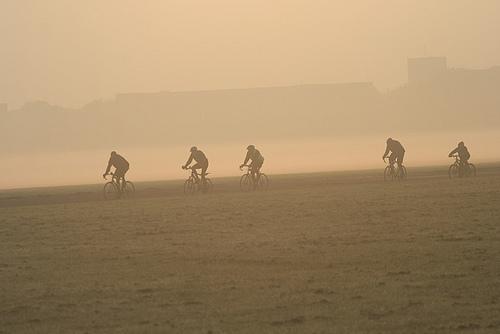 Riders on the dawn

A charitable fund is on the look out for talented young riders to support for the 2011 season.

The John Ibbotson Fund was set up in 2005 following the shock death of the former pro from an undetected heart condition called arrhythmogenic right ventricular dysplasia.

The Surrey-based fund backs two young cyclists each year in their dream to achieve a contract with a professional cycling team – and the application process for 2011 is now open.

Applicants need to demonstrate that they can perform at the level needed to race abroad, and that they are willing to spend the whole season racing for a foreign team.

The fund will help find the riders a suitable team, give them a coach if needed, and provide mentors and financial backing. In 2009 the fund backed Alastair Carr and Sam Allen, who are both racing in Brittany for the season.

Anyone interested should send their CV, along with a covering letter to the fund explaining why they believe they should be chosen.

The John Ibbotson Fund’s main fund-raising event is Ibbo's Cake Quest, coming up on September 26. The sportive has an emphasis firmly on fun – and cake. It starts and finishes in Walton-on-the-Hill, near Box Hill in Surrey, and takes in the surrounding hills via three routes, from 60km to 150km. There's also a guided off-road route, giving people a chance to explore the local trails.

The route goes past some of Surrey's best cycling cafes and there'll plenty of cake at the end of the ride. Online entry is available via the John Ibbotson Fund website.