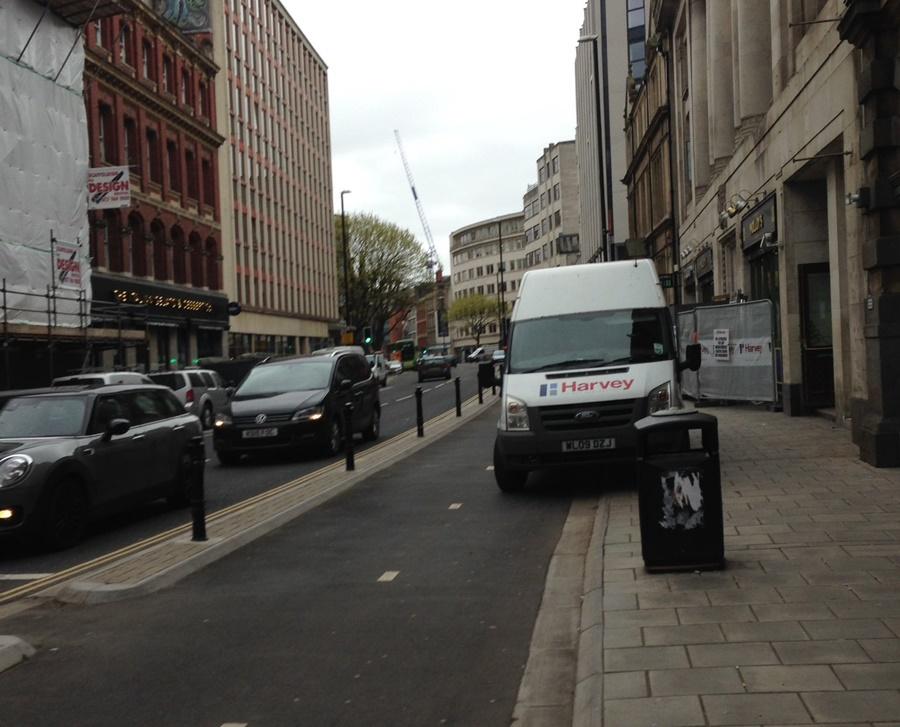 Bike Lane Uprising has launched in Bristol, reports the Bristol Post. The website allows users to report vehicles parked in cycle lanes and works with local authorities and companies to try and tackle the issue.

Any cyclist who has used a cycle lane knows that they are often viewed as parking spaces by some motorists.

Bike Lane Uprising crowdsources data in a bid to highlight problem areas and trends. They then work with local organisations to try and prevent future obstructions.

The site was first launched in Chicago by Christina Whitehouse, who was almost run over by a truck that entered into her bike lane.

She was stopped at the time, but the driver turned so sharply he not only drove into the bike lane but also onto the pavement.

She managed to avoid going under and the truck continued to roll through a red light.

Assuming she simply hadn’t been seen, Whitehouse raced after the truck to let the driver know.

“He matter of factly informed me yes, he did know what happened. I couldn’t believe the callousness of the driver. He didn’t care. He then drove away again.”

She later tried to contact the company he worked for, but couldn’t get past the receptionist.

“I began to learn just how fragmented and difficult it is to report drivers like him. I knew there were opportunities to make it easier to report and better use the data of incidents. I decided to do something about it.”

The website works by members taking photos of bike lane obstructions and submitting them. A database is then built up to highlight problem areas and identify trends in driver behaviour. The hope is that by speaking with a collective voice, issues will be taken more seriously.

The site is in use in 12 cities in the US and Canada, but Bristol will be the first in the UK.