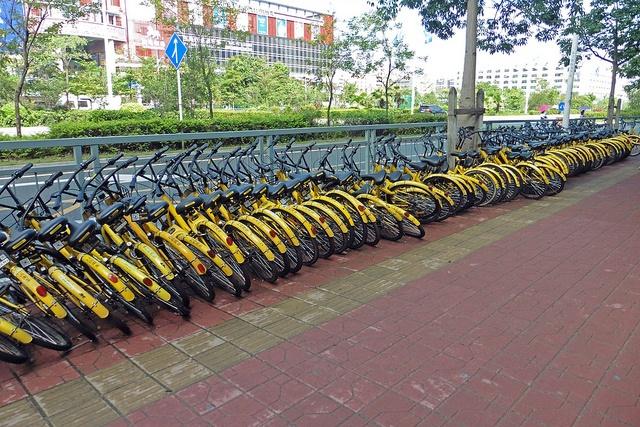 Hundreds of angry customers gathered outside the Beijing headquarters of dockless bike-share firm Ofo this week to demand their deposits back. The firm has asked users to be patient, but more than 12.3 million people were waiting for refunds on Friday, according to its app.

Founded in 2014 as a university project, Ofo was valued at $2bn in July last year, but rapid expansion and a fiercely competitive industry has led to severe cash flow problems.

The company and its founder Dai Wei have now been put on a government black list for failing to pay debts.

In a recent letter to staff Dai wrote that he had considered filing for bankruptcy.

“During the past year, we have borne immense cashflow pressure. We have to return users’ deposits, pay back our suppliers, and keep the company running. We have to turn every yuan into three.”

Zhu Wei, an associate law professor at China University of Political Science and Law, told China.org.cn that deposits for shared bikes should be more secure.

In August of last year, guidance from China’s Ministry of Transport suggested that the use of bike deposits should be supervised by transport and finance departments.

Some believe that part of Ofo’s problem is that dockless bike sharing now makes less sense as a standalone service as users are looking for greater integration with other forms of transport.

CNN reports that in April Mobike was acquired by Meituan Dianping, while the less well known Hellobike entered into a partnership with digital payments giant Ant Financial. Both Mobike and Hellobike now feature within Chinese apps offering a far wider range of services, such as ride-hailing and food delivery, and benefit from access to hundreds of millions of users.

In July, Mobike said users no longer needed to pay deposits for its services and Hellobike now operates in the same way.