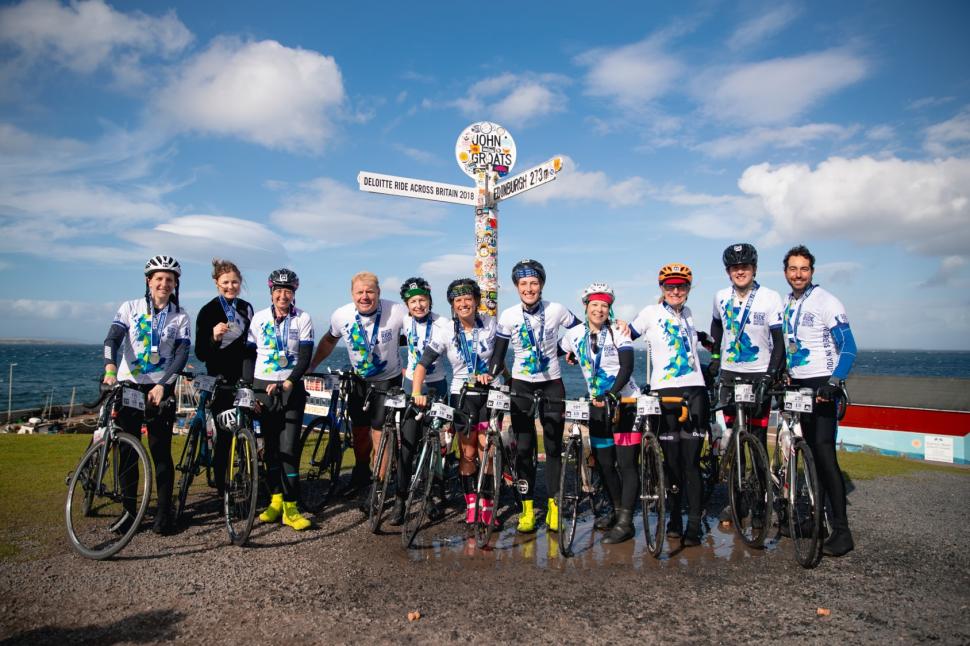 The Ride Across Britain is seeking a new sponsor, with Deloitte, which has supported the event since its debut edition in 2010 ending its backing this year – but next year’s edition will take place, even if no replacement is found. Meanwhile, organisers have said that they are watching the coronavirus crisis closely, with this year’s edition due to start on 5 September.

Taking place over nine days with 1,000 participants each year, the event is a mass ride along the iconic 980-mile Land’s End to John O’Groats ‘end to end’ route and attracts both seasoned cyclists as well as relative newcomers looking to fulfil a “bucket list” challenge.

Among the thousands of cyclists to have successfully completed it is road.cc's own Tass Whitby, who blogged about finishing the route last year. For a variety of reasons, it took her three attempts, but she finally “reached that bloody signpost in John O’Groats.”

Event organisers Threshold Sports told road.cc: “We are closely monitoring the developments relating to the spread of coronavirus and noting all the updates and advice given by the UK Government, the World Health Organization and other UK public bodies.

“We will continue to monitor the situation, plan for contingencies and update our approach if recommended to do so. The Government’s current advice is that outdoor events such as ours should still go ahead so, at the moment, it’s business as usual.”

They added: “The 2021 edition of the race will go ahead as planned with or without a sponsor.”

Sponsored by accountancy and consultancy firm Deloitte since it began in 2010, the event has raised £6.6 million for charity, £1.4 million of that last year alone, when riders from 27 countries outside the UK took part alongside those riding home roads.

Threshold Sports said: “We can’t thank everyone at Deloitte enough for their continued support and enthusiasm for the Ride Across Britain.

“The sponsorship market has never been so focussed on Purpose led assets and we have seen first-hand the impact this has had on the individuals, the organisations, the charities and employees involved each year.

“It encapsulates so much of what makes Britain Great and we look forward to continuing the RAB story with a new title sponsor.”

Deloitte partner Simon Wakefield added: “The Ride across Britain has given our people and our clients an unforgettable experience, raised £2 million for our partner charities, and helped us lead healthier and more active lives in the process. We can’t wait to build on this with the 2020 edition of Deloitte RAB.

“We are incredibly proud of the achievements made during our association and we look forward to seeing the event continue to grow in the years to come.”