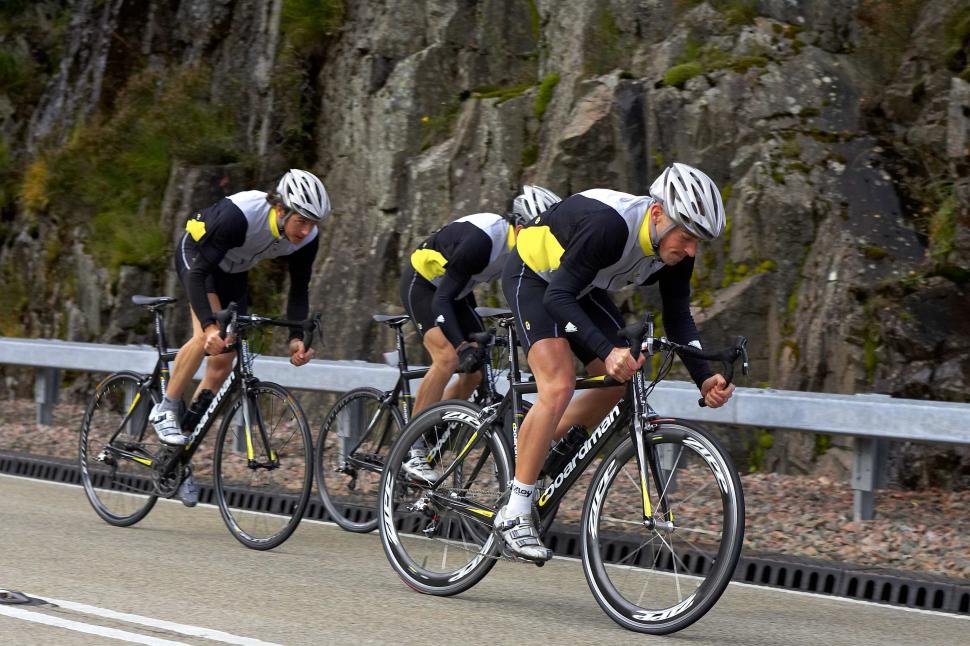 For the second year in a row Halfords sold more than one million bikes in the year to the end of March– the company now estimates that more than one in three of all new bikes sold in the UK are theirs.

Halfords says the strong performance of their bicycle business is due to consumers increasinlgy switching to pedal power and in particular down to the increasing uptake of it's Cycle2Work scheme (one of a number of schemes operating under the Government's Bike to Work Initiative. According to the latest figures released by Halford's sales through their scheme rose by almost 50 per cent last year to 34,000.

The Bike to Work Initiative gives employees a tax break when they buy a bike through one of the participating schemes – Halfords has now sold more than 80,000 bikes through their scheme which makes it the second biggest behind the appropriately named Cyclescheme (that's enough schemes -ed) which supplies bikes through its network of 1200 independent bike shops.

There is no doubt that in recent years Halfords has upped its game significantly in terms of the bikes it sells, the Carrera Subway range of commuting bikes designed by Isla Rowntree earned the company praise from both the consumers and the press and their collaberation with Chris Boardman bore spectacular fruit when Nicole Cooke rode one to the unique double of road Olympic gold and a world championship in the same season.

Cooke may not be riding a Boardman this year (she's on a Focus) but the fact remains that you can buy pretty much the bike she rode at an a very affordable price at your local Halfords Bikehut. Boardman too has also produced an excellent range of higher end commuting machines (watch out for a review of the Boardman Pro coming your way on road.cc in the coming weeks) again at very competitive prices.

As a further sign of how important it's bike business is becoming to the company Halfords also today announced that it will be rolling out the wider ranges available in its Bikehut stores into its main superstores. As the company noted when announcing its bike sales results new car sales were down 11 per cent in 2008, which is bound to have affected the automotive side of Halfords' business, and the signs are that they will fall much further in 2009.

The company's chief executive, David Wild also re-affirmed Halfords' continued support for cycling through team and event sponsorship. “We remain committed to supporting cycling through our partnership with British Cycling in 2009 and the sponsorship of the road race Premier Calendar series. We are also in our second year of pro team sponsorship supporting many aspiring 2012 cyclists. Cycling is undergoing a renaissance in Britain thanks in no small part to Team GB’s outstanding Olympic success and we are delighted to be part of it.”