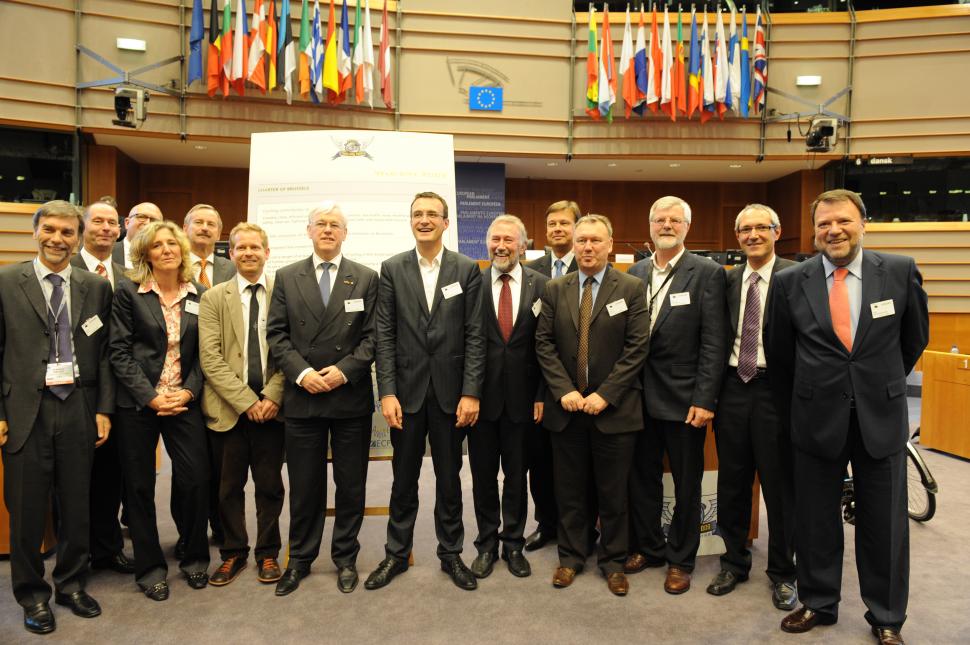 27 cities plus the European Commission and the European Economic and Social Committee signed the Charter of Brussels, which aims to significantly boost city cycling, on the final day of the Velo City conference in, yes, that's right Brussels. Only one British city, Edinburgh, signed the charter – none of Cycling England's demonstration towns and cities did so.

The Charter commits the cities to achieving a target of at least 15 per cent of all trips made in urban areas being made by bicycle. As an indication of how ambitious a target this is, the share of trips made by bicycle currently stands at 5 per cent in Europe – in London, the British city that is probably doing the most to promote cycling, the administration has set itself a target of 5 per cent of trips by bicycle for 2025 – and that was described as “ambitious”.

The Charter of Brussels was signed by representatives of several European cities (Brussels, Milan, Munich, Sevilla, Tartu, Reggio Emilia, Houten, Edinburgh, Copenhagen, Aalborg, Helmond, Breda, Hertogenbosch, Tilburg, Eindhoven, Toulouse, Bordeaux, Timisoara, Gdansik, Izmit.), the US city of Portland also signed up. It will now be circulated to other cities in Europe to sign up – no word about which other British cities will be joining Edinburgh as a signatory.

The Velo City conference takes place bi-annually and is hosted by a European city, although delegates from around the world attend. This year's conference was dedicated to the bicycle as urban transport and reflected on the upsurge of cycling in cities across the world and how to nurture and sustain it.

Leading European politicians addressed the conference on this issue as did top officials from the European Commission. Amongst topics of discussion was how the EU will promote cycling within the EU (a European Cycling Officer has been appointed).

The conference was opened by the European Commissioner for Transport, Antonio Tajani, who explained how the bicycle will play a key role in transport planning within the EU and, in particular, the Green Urban Transport Paper.

The next Velo City conference will take place in Copenhagen in December 2010 and the theme will be the role the bicycle will play in the climate change debate.