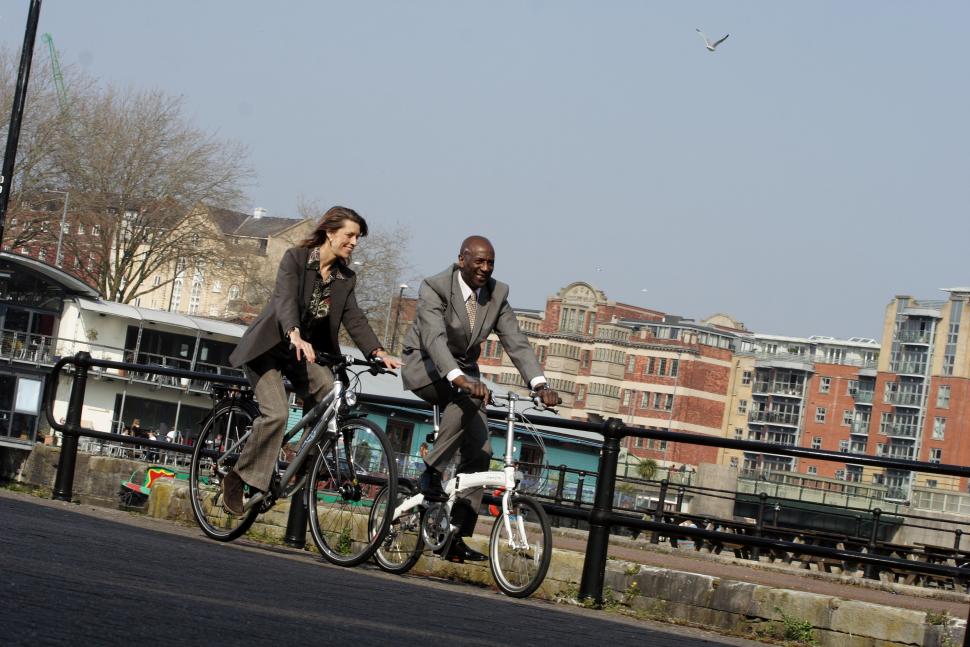 DEFRA included in those who haven't signed up...
by Tom Henry

The government has been taken to task for failing to fully implement its own Cycle To Work scheme – in which employees are offered discounts on bikes – among its own departments.

Various sections of government, including DEFRA, haven’t offered their employees access to the scheme and have even blocked requests from individual employees who wish to take advantage of it.

Speaking on Radio 4 today, CTC policy coordinator Chris Peck said it was ‘disappointing’ that five years after the scheme was launched, four government departments still hadn’t brought it in.

He told the You and Yours Programme: “We have had various complaints from our members about why it hasn’t been brought I, ranging from the fact that it is complicated to tax disadvantages. These are not true complaints and our criticism is that the benefits are for both the employer and employee. It’s a win-win situation.”

The initiative allows employers to purchase bikes tax-free and loan them to staff. Employees then make hire payments that are deducted from their gross monthly salary, saving on VAT, income tax and national insurance. According to Cyclescheme, the largest provider of the initiative, the vast majority will get a 40 per cent discount.

In 2006 only Department for Transport had signed up, persuading more than 10,000 employers across the country to take part, and this was quickly followed by 16 other departments.

But four – DEFRA, Work and Pensions, Defence and Children, Schools and Families, have still not signed up.

However, three of these do offer interest-free loans and the other a salary advance against the purchase of a bike.

Richard Grigsby, Cyclescheme founder, said interest-free loans didn’t offer as good a deal as the original Cycle to Work scheme. It is estimated that savings under the official scheme could be at least four times greater.

He added: “An employer who signs up to Cycle to Work gets fit and healthy staff who arrive to work punctually and take less days off sick.”

The Ministry of Defence, which employs 87,000 civil servants, has told employees: "The change requires amendment to the MoD personnel computer systems."

The Department for Children, Schools and Families has sent staff an email setting out arguments against the initiative. "We recognised the advantages to the individual cyclist ... but felt the overall cost to all staff did not justify the savings for the relatively small numbers who may benefit from the scheme," it said. "The deciding factors were the significant start-up expenditure and resource cost for an organisation the size of DCSF."

"It is very embarrassing for government departments not to offer a cycle-to-work scheme to their own employees when it is a programme they are promoting," he said. "And I am getting a similar message about some councils."

However, Mr Grigsby revealed on Radio 4 that the government had just given Cyclescheme the green light to roll out the scheme to other government bodies – including police, fire brigades and councils – using the template originally used by central government.