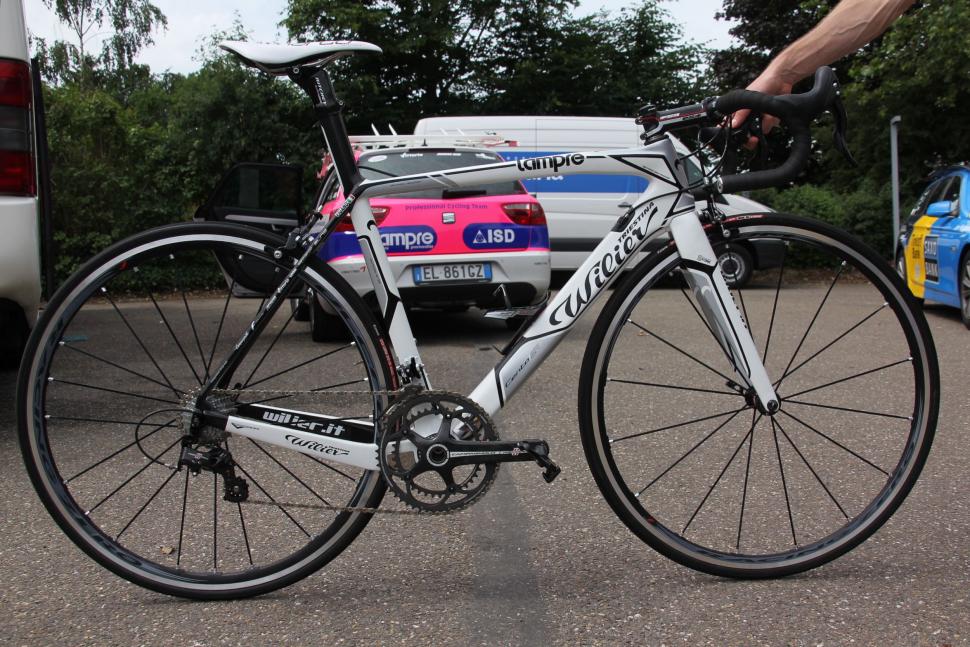 Rapha and Wilier will be at Surrey Hills Road Race Festival

Rapha and Wilier confirm they'll be at the Surrey Hills Road Race Festival over the Olympic road race weekend on 28-29 July.

London-based clothing brand Rapha will welcome the return of the Rapha Mobile Cycle Club from its six month tour around Europe, including the Tour de France, to the festival. It will be there all day Saturday and Sunday serving freshly brewed coffee and showing Rapha films on a large screen.

The iconic Rapha H-Van will also be in attendance selling clothing and accessories.

If you're after the latest high-end road bikes, then Italian brand Wilier will be at the festival with a string of 2013 bikes. Taking centre stage will be their all-new Cento1 SR (which we snapped at the Tour last week), the same one being ridden by the Lampre team. They'll also have the Zero 7 and stunning Twin Foil time trial bike which we tested earler this year.

What is the Surrey Hills Road Race Festival?

With the Olympic organising committee LOCOG estimating that there will be up to 200,000 people heading down to Surrey to watch the Olympic Road Races on the opening weekend of the games, road.cc have teaming up with Surrey Hills AONB to bring you the Surrey Hills Road Race festival and cycling expo on the weekend of 28-29 July.

On top of the race action there'll also be an expo on site featuring some of the biggest brands in cycling, as well as a whole bunch of homegrown talent from around the UK. So as well as getting to watch the big race live and on the big screen, you'll be able to feast your eyes on plenty of shiny bikes and kit. You never know, you might even get a sneak peek at some 2013 stuff.

The Festival is free to enter, and will be running all weekend, starting on Saturday morning.