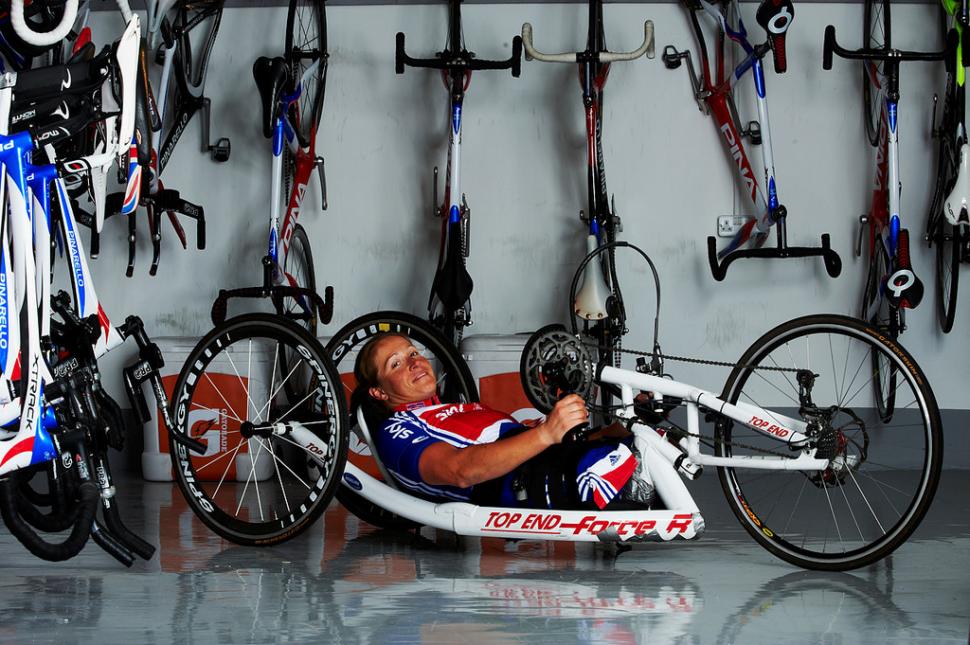 Welsh hand-cyclist Rachel Morris' preparation for the London Paralympics has been severely disrupted by a crash. The 33-year-old was hit from behind by a car while competing in a time trial near Guildford at the weekend.

“This has totally screwed me up,” Morris said.

“I feel like everything I’ve worked for has been taken away. I can’t imagine not being there, but I know how long it has taken me to recover from this type of injury before, and it was longer than I now have before the Games.”

She said: “The bike went up into the air. I remember looking across and I was aware that I was at the same height as the passengers in a car passing in the outside lane.”

Morris' condition, reflex sympathetic dystrophy, is a nervous system malfunction that causes extreme pain and related sensory abnormalities. She has previously had both legs amputated because of her condition.

When Morris suffers an injury, her body reacts in a damaging way, which means that an accident like this impacts her more seriously, making her recovery compromised and uncertain.

After a crash in 2011, Morris was concerned that her body might reject her damaged shoulder. In an interview with the BBC she talked about her fear that her arm might need to be amputated. Since developing the condition Morris has competed in various sports as her level of disability has changed.

However, she does not race just to satisfy her competitive instincts. Training is essential. "It's a way of managing the pain' She told the BBC. “Without it, my life becomes unmanageable."

British Cycling says that it is supporting Morris, providing legal and medical help. The organisation said that it will be following the case closely as it is concerned that these incidents are often not adequately investigated and prosecuted. British Cycling recently called on the Ministry of Justice to undertake a comprehensive review of how the criminal justice system deals with this type of incident to ensure that everyone, especially the victim, is treated fairly and that the right environment for people to drive responsibly is in place.

It's certainly been a bad year for top riders getting injured while training. German time trial specialist Tony Martin was hit by a car in April; Levi Leipheimer sat out the Tour of the Basque Country after a collision at the end of March; Russian team pursuit rider Ivan Kovalev was hit while training in Sydney; and world keirin champion Shane Perkins was hit by a car in Melbourne.