Our latest upload of pictures from Eurobike features loads of interesting bikes from right across the spectrum of bikes that were on show from baby carriers, through electric bikes and right on to top end TT machines and it covers a really wide range of manufacturers, big, small, mainstream and esoteric.

This group of pics in particular features a large number of fixed and single speed and urban machines that were on show in the exhibition's outdoor area – Charge had their pub here, and the many of the surrounding stands reflected the strong influence that both they and Fixie inc have had on new bike companies in this sector, yes there were a lot of belt drive a la Fixie, but there were also plenty retro-styled roadsters in the vein of the Charge Plug Grinder and bikes that combined the two. That's not to say that all these bikes were slavish copies – far from it, more that designers seemed to have identified two dominant themes and to have run with them. Oh, and there's lots of steel. You'll find them in our Fixed and Singlespeed 2 gallery. 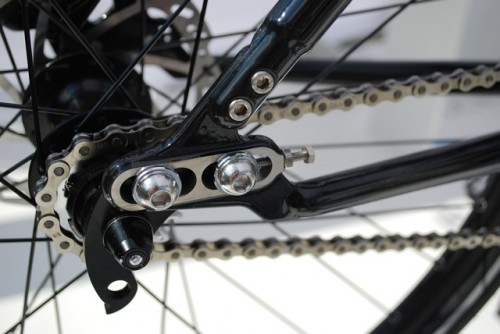 Worth checking out are the Veloheld machines which combined a fairly stripped back approach with some clever and elegant touches including some very lovely gently swept back bars and a clever adjustable dropout designed to take fixed, freehub, or belt drive – all featured on their bikes as did hub gears too. 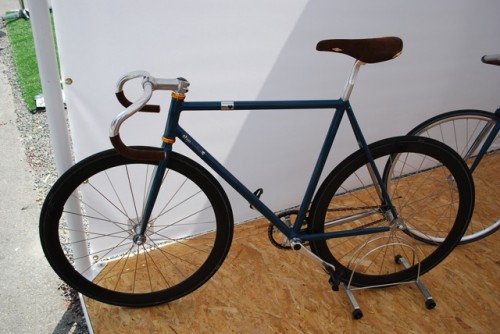 Another set of pics worth looking out for are some examples of Belgian frame maker, Styn Bicycles a new company set up by… Mr Styn (I've got his business card somewhere) a top bloke making beautiful handmade steel frames – we've put his pics in the Fixed and Singlespeed 2 gallery, but he he doesn't limit himself to any one type of frame – we particularly like his road and cyclo cross frames.

From the small scale to the much larger check out the Globe bikes in our bulging Urban and Utility gallery, Globe is a sub-brand of Specialized and you won't find the 'S' word anywhere on these bikes – for that matter you'll struggle to find the 'G' word on their too – the headbadges take personalisation to its ultimate conclusion, the badge is a frame into which you can put your own head badge. Nice idea, it acknowledges the types of urban creative types these bikes are aimed at, it's a neat way of adding some soul to a mass produced item, and it's also a handy little extra security mechanism – it won't stop your bike getting nicked, but it might make it easier to identify it it's recovered.

And the bikes? Well, Globe have taken a punt on the next big thing… cool delivery bikes – style and function combined. If Charge made delivery bikes they would look like this – in fact one of them does look a bit like the new Charge Lazy Susan, so there's plenty of wooden racks, chain guards and hub gears. It all sounds crazy, but it might just work to use Shaun Audane's favourite word they were very likeable. Also worth checking out from Specialized are the new steel Langster and the Roulux urban bike with its dual elastomer suspension and swept back bars – Giant had something similar in the Accent.

We've added more Look road bike loveliness to Road bike gallery 5 including a set of pictures of a fine flat bar carbon 566 and there's some good looking new bikes from Focus too including the latest incarnation of the Izalco road bike. 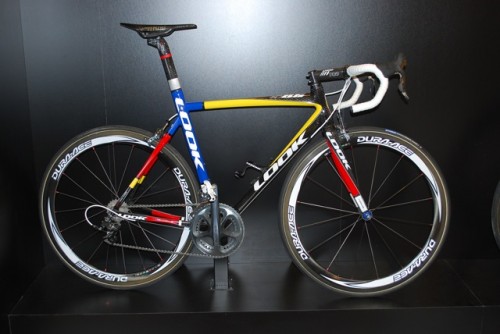 The Time Trial 2 gallery also features some new additions from Look and Focus – in particular we give the Look 596 the once over, there's still plenty more to come on the TT front too. 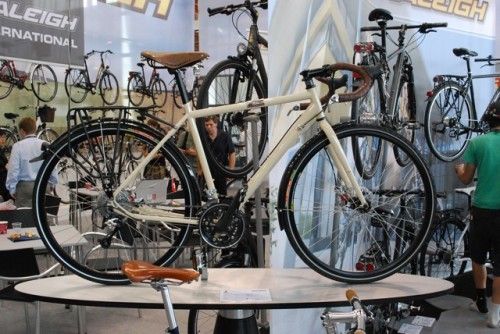 Our Touring and trekking gallery has grown too in particular there are some handsome looking machines from Raleigh (and there's a smattering in other galleries as well) sadly though most of the bikes we liked best aren't going to be available in the UK which is a shame.

There's a vast amount more than we've mentined here in this latest upload which brings the picture count in our Eurobike galliers up to 999… we're about half way there, still come Ridley, Argon 18, Fixie inc and more. To view all of the pictures from this latest batch in all their wide-ranging loveliness simply click on the Upload 10 tag. Enoy!