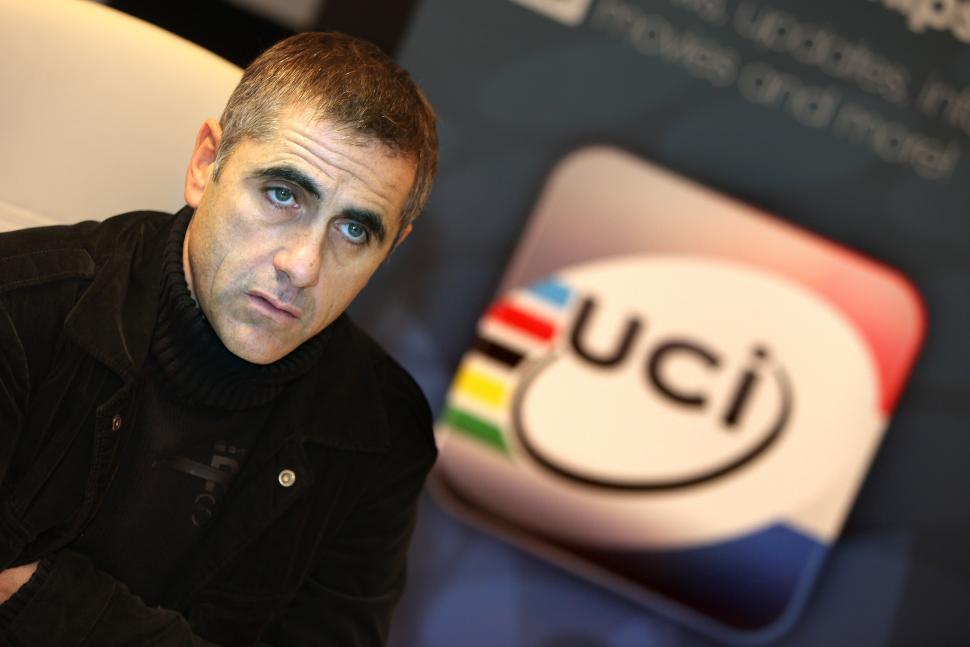 Newspaper says sample retested anonymously in 2004, but Senate report will name Jalabert next month
by Simon_MacMichael

Laurent Jalabert is claimed to have tested positive for EPO during the infamous ‘Festina Tour’ of 1998, according to L’Equipe, citing information in the possession of a commission of the French Senate, which has been holding an inquiry into the efficacy of anti-doping measures in the country.

The French sports daily says the positive test took place in 2004 when France’s national anti-doping agency, the AFLD, retested a sample of urine taking from Jalabert during the 1998 Tour de France.

The newspaper claims the sample was retested anonymously, but adds that in the Senate’s report to be published next month, Jalabert, who rode that year’s race with the Spanish ONCE team where he spent much of his career, will be named as having provided it.

That year’s edition of the race, which started in Ireland, was overshadowed by the doping scandal that began with the arrest of Festina soigneur Willy Voet, caught in possession of a large quantity of doping products.

The scandal spread to other teams, and police raids one of which also discovered drugs in possession of the TVM team, led to one of the iconic images of Tour history – Marco Pantani, who would go on to win the race, cross-legged on the road as riders staged a protest at their treatment at the start of Stage 17.

Jalabert, testifying under oath before the Senate hearing last month, acknowledged that the Festina affair marked a turning point in public perception of doping in cycling, but was equivocal in his testimony.

On the one hand, he insisted he didn’t dope while world number one for all but one season from 1995-99, but on the other accepted he didn’t ask any questions about the injections team doctors gave him to help his recovery.

He also claimed that some products used were administered under a therapeutic use exception (TUE), and therefore permissible, although that regime didn’t come in until after the period in question.

Curiously, the one year in which he wasn't world number one during that six-year period mentioned above was 1998 itself - he did finish second, but in terms of big successes, it was his quietest year over that time, although the season did see the sole victory in his career in the French national road race championship.

The 44-year-old’s appearance before the Senate came two months after he was seriously injured when he was hit by a car while training near his home in the southwest of France. The following month, he stepped down as coach to the French national team, although he continues to work as a TV pundit.

Nicknamed JaJa and hugely popular rider in his home country - his Bastille Day victory in the 2001 Tour is the stuff of legend - Jalabert  won the mountains and points classifications of the Tour de France twice apiece.

He also took the overall in the 1995 Vuelta, won Paris-Nice three times and was victorious in one-day races including Milan-San Remo and the Giro d’Italia. He was also world time trial champion in 1997.