Felt have redesigned their AR series of aero road bikes and we had the chance for a quick ride on the AR4 at the Eurobike Demo Day earlier in the week.

Last week we showed you a video of the new frame design being tested in the wind tunnel but we had no details at all.

Now that the new AR has been launched officially, we can tell you that Felt are claiming that it is “the most aerodynamic road bike in the world” and they seem genuinely excited about the new design and the impact they’re hoping it will make. 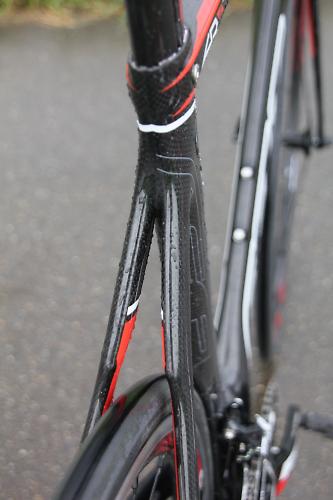 “Neutral wind tunnel testing proves that the 2014 AR is 14.7% faster than the previous Felt AR and 28.7-31.1% faster (contingent on front brake selection) than a round tube, baseline road bike,” say Felt.

We don’t know what bike Felt have used as that baseline road bike but we’re meeting up with them tomorrow and will try to find out then. We’ll also get the full story on all of the technology. 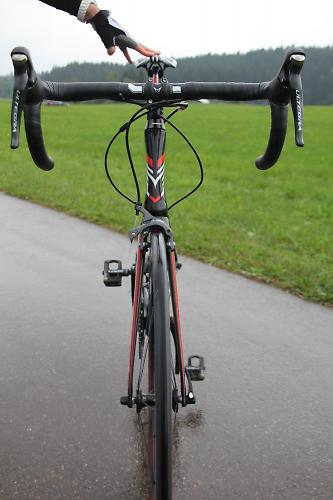 In the meantime, this quick video shows a few of the key features, including the location of the rear brake behind the bottom bracket and the lack of a brake bridge between the seatstays. Trek, for example, have also dispensed with the brake bridge on their higher level Madone frames to both save weight and improve the aero efficiency. It also allows them to tune more comfort into the seatstays. 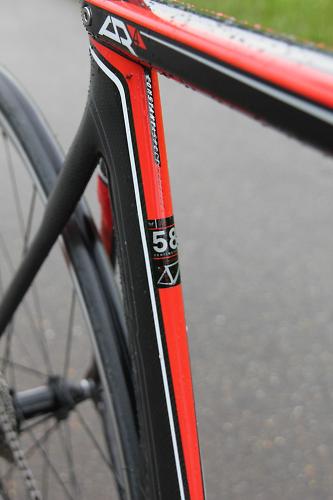 As you’d expect of an aero road bike, the frontal area looks really low. The fork legs, in particular, are ultra skinny and the same goes for the seatstays.

The seatpost is a really unusual design. It’s a hollow carbon structure with a cutaway slot running down each side. This is how the camping system works. There’s a wedge in the middle of the post – tightening the bolt that runs through it holds the post in place. 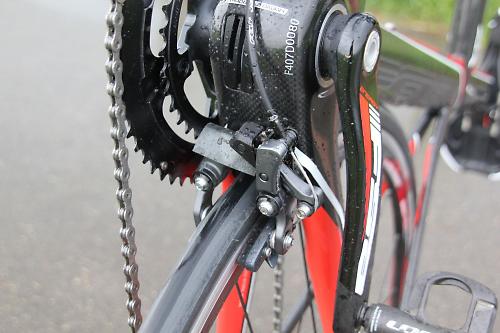 Anyway, treat this as just a first look at the bike before we get all the details and the thought behind the design from Felt tomorrow, along with prices.