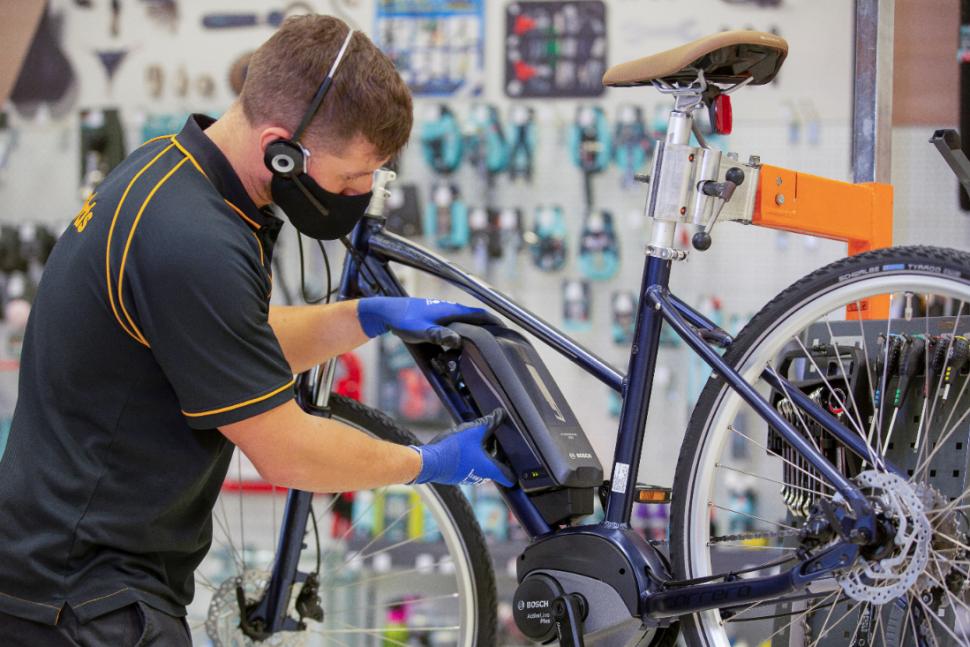 Another 150,000 Fix Your Bike vouchers released – after last batch went in 48 hours

Nearly 400,000 of the vouchers giving £50 towards getting bikes back on the road have now been issued
by Simon_MacMichael

Transport Secretary Grant Shapps has announced the release of a further 150,000 Fix Your Bike vouchers, giving £50 off the cost of repairs to a bike to get it back on the road – but with the last batch snapped up inside 48 hours, you’d better be quick if you want one.

The latest release means that 400,000 of the total 500,000 vouchers being made available under the £25 million initiative have now been issued.

Today I'm announcing ANOTHER 150,000 Fix Your Bike vouchers to give away, helping people get their bike road-ready for Spring.

The last batch went in under 48hrs, so be quick! Get yours here 👇 https://t.co/N4TnJFAyAB

Some 50,000 vouchers were released at the end of July last year, followed by a further 50,000 in November during a pilot phase of the scheme as the government released the vouchers in batches to avoid overloading participating bike repairers.

The third batch, comprising 150,000 vouchers, was released just three weeks ago, all being claimed within two days.

Vouchers can be obtained via the Fix Your Bike website and redeemed via participating bike shops and mechanics.

They provide up to £50 of the cost of eligible repairs, with the scheme aimed at getting neglected bikes back in a roadworthy condition, rather than helping meet the cost of regular servicing.

Halfords, the country’s largest cycling retailer, is among the companies participating in the scheme.

Its Cycling Director, Paul Tomlinson, said: “Since the scheme launched in July we have helped repair thousands of bikes and helped to relieve pressure on public transport while many are still unsure about making essential journeys.

“We are seeing unprecedented demand for bike services and its happening against a backdrop of a huge demand in cycling.

“As cycling brings so many benefits, it’s fantastic to see that this growth looks set to stay – if not increase – and as the country slowly starts to re-open, we are thrilled that more people are considering cycling more frequently than before.”

The company is providing a free 32-point bike check for anyone looking to have their bikes fixed, which can be booked here.

Once mechanics have assessed the bike for any necessary repairs, it can be left with the company to have them carried out or a booking can be made for the repairs to be done at a future date.

The scheme is operated on behalf of the Department for Transport by the Energy Saving Trust, but has come under criticism from some repairers who have experienced delays in receiving payment for vouchers submitted, and there have also been reports of it disrupting the flow of workshop business as people delay having bikes repaired until the next wave of vouchers becomes available.